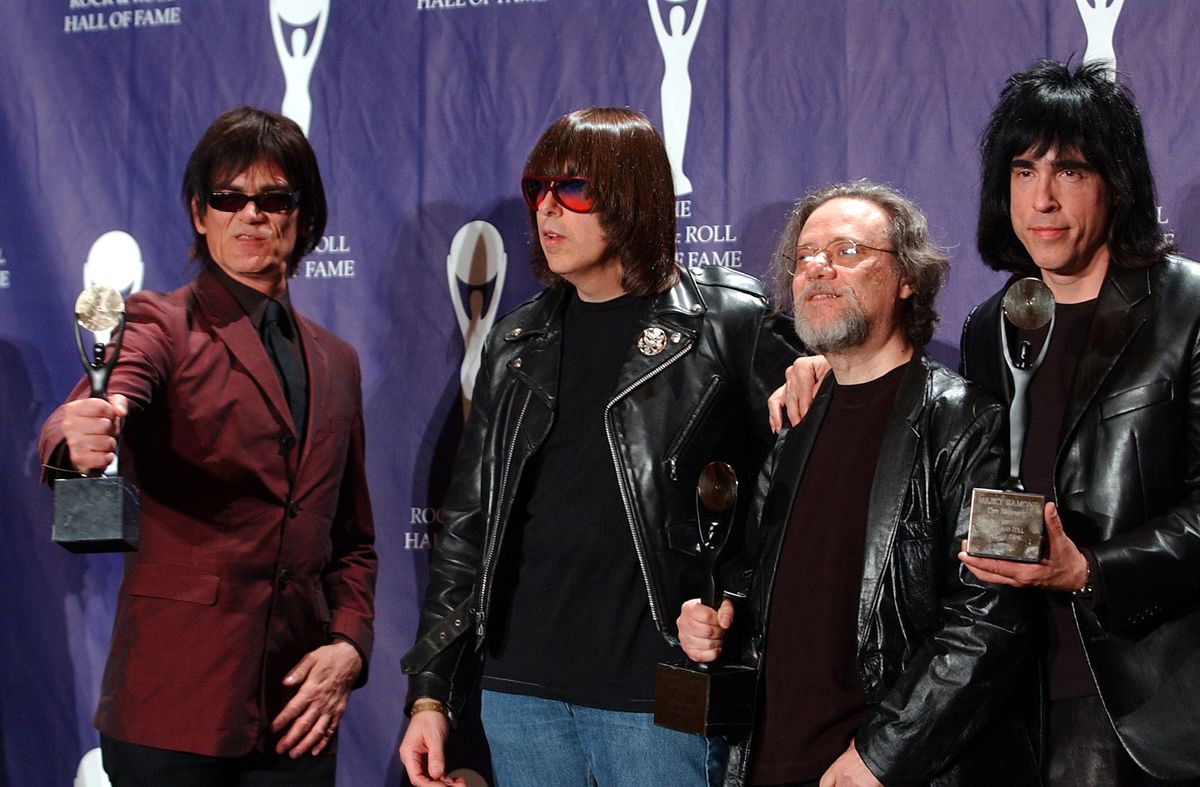 CORRECTS AGE TO 65 AND REMOVES REFERENCE TO WIFE - FILE - In this March 18, 2002, file photo, members of the Ramones, from left to right, Dee Dee, Johnny, Tommy and Marky Ramone hold their awards after being inducted at the Rock and Roll Hall of Fame induction ceremony at New York's Waldorf Astoria. A business associate says Tommy, the last surviving member of the original group, has died. Dave Frey, who works for Ramones Productions and Silent Partner Management, confirmed that he died on Friday, July 11, 2014. Ramone was 65. (AP Photo/Ed Betz, File) (AP)
--

Tommy Ramone, a co-founder of the seminal punk band the Ramones and the last surviving member of the original group, has died, a business associate said Saturday.

Tommy Ramone, a drummer, co-founded the Ramones in 1974 in New York along with singer Joey Ramone, bassist DeeDee Ramone and guitarist Johnny Ramone. The band members weren't related and had different last names, but took the common name Ramone.

The Ramones influenced a generation of rockers, and their hit songs "I wanna be sedated" and "Blitzkrieg Bop," among others, earned them an induction into the Rock and Roll Hall of Fame in 2002.

Though they never had a Top 40 song, the Ramones influenced scores of followers, including Green Day and Nirvana.

The Ramones' best-known songs reflected their twisted teen years: "Beat on the Brat," ''Now I Wanna Sniff Some Glue," ''Teenage Lobotomy" and "Sheena Is a Punk Rocker."

The Ramones disbanded in 1996 after a tour that followed their final studio album, "Adios Amigos." A live farewell tour album, "We're Outta Here!", was released in 1997.