Penguins in Norway in danger of overheating 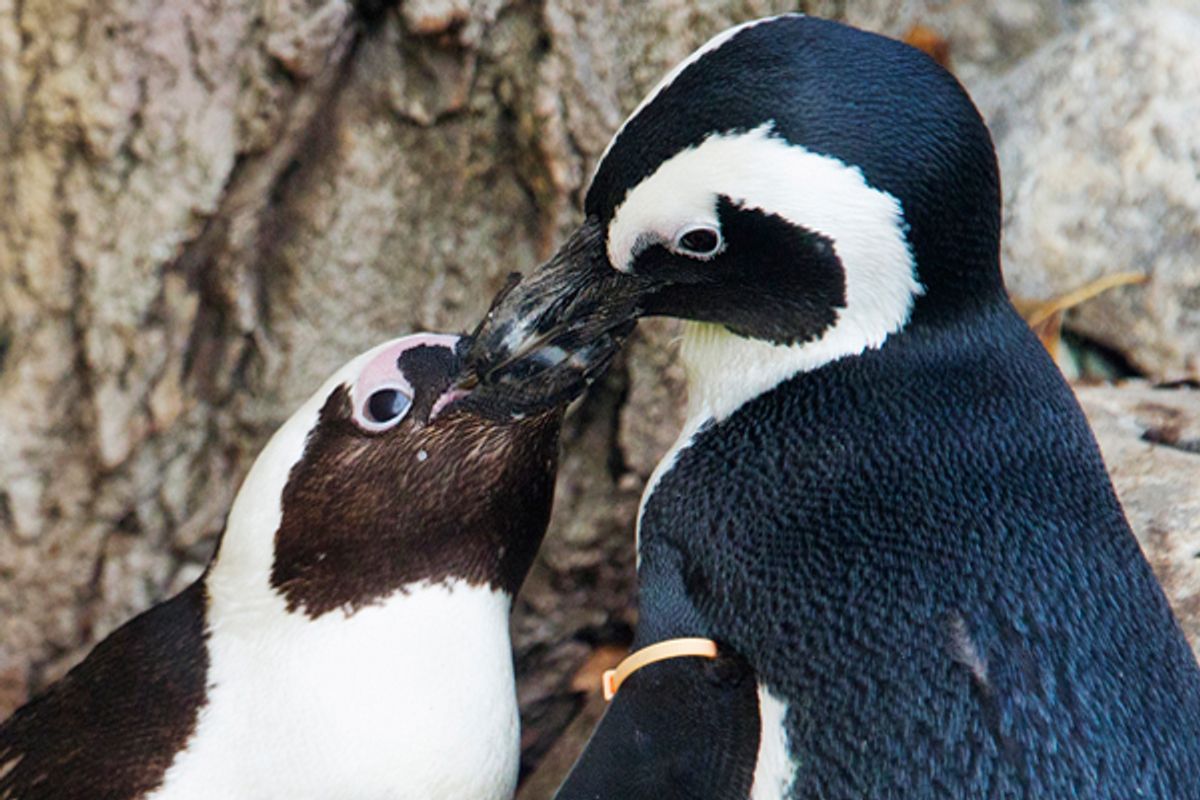 Save the Earth. If not for your grandchildren, do it for this penguin:

Hotter than usual temperatures in Norway this summer have penguins drooping and their keepers on red alert.

When a penguin is drooping and breathing heavily, things are bad.

"That is a sign of danger," said Kees Oscar Ekeli, managing director of Bergen Aquarium in Norway. "Alarm bells ring when we get close to 25 degrees [Celsius, or 77 degrees Farenheit]."

The aquarium in Bergen has been trying to avoid a penguin over-heating crisis by pumping in cold water from nearby fjords and sprinkling it on the penguins to cool them down.