We must kill the McMansion! Good riddance to an American embarrassment

Our homes dwarf those in every country on Earth. We can't control our environmental impact until that changes 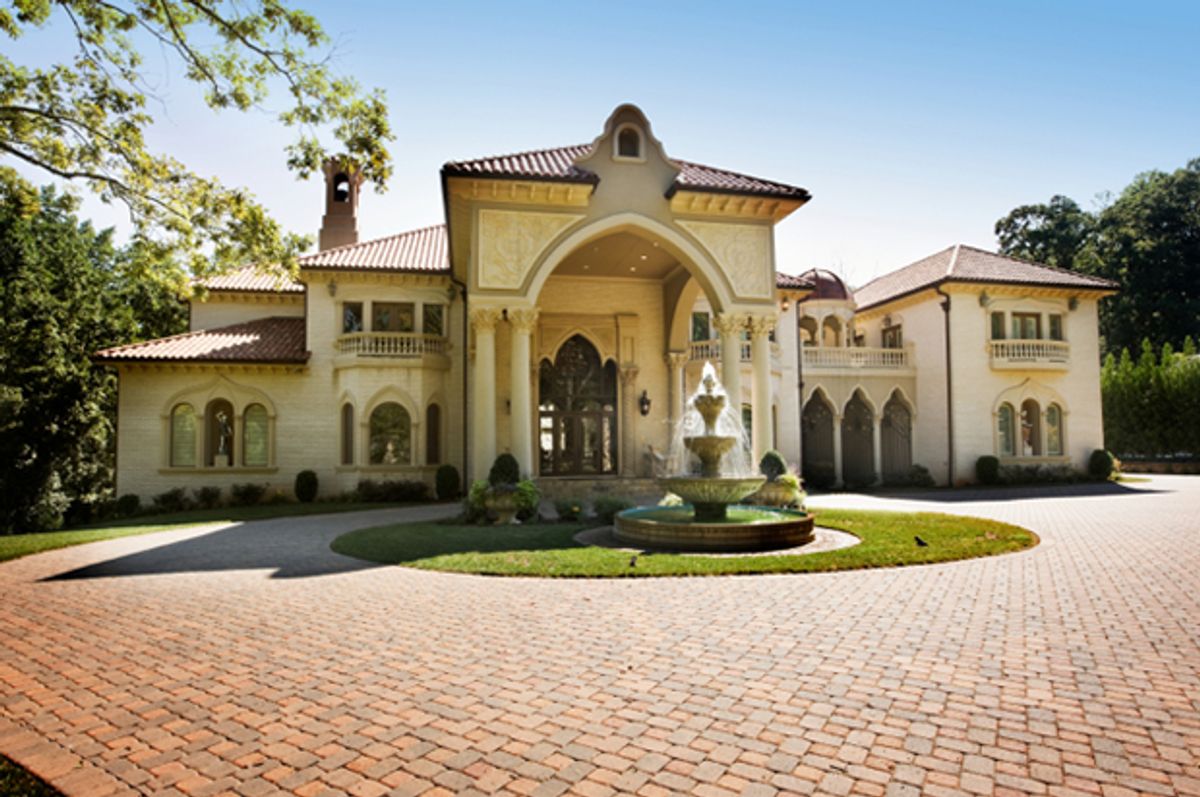 In 2008, after a steady, six-decade climb, the total number of miles traveled by American cars dropped. Then it dropped again. Adjusted for population growth, the metric has fallen for nine straight years, since 2005.

Does this herald a new era of car-free life in the United States? Or is it merely a blip accentuated by recession-era thrift, high gas prices and unemployment?

Some version of that question has dogged a number of prominent statistics over the past few years. Each of these indicators, swerving away from its established curve, hints at new patterns in American life. Each seems to confirm the urban shift augured by anecdotes of bike lanes and farmer’s markets — the trading of personal space for public space, island counters for corner delis.

But the data may instead reflect the temporary correctional powers of the worst financial crisis in 80 years.

The size of our homes is one such figure. Since the Truman administration, the average American house has inflated with the runaway pace of a hot air balloon, floating from city to suburb to exurb in search of a lot that can hold it.

By 2007, our average crib had grown to 2,521 square feet — 50 percent larger than in 1973, and more than three times the size of the "little boxes” of Levittown, New York, the 1947 Long Island development that marked the dawn of the suburban era.

This surfeit of space is a potent symbol of the American way of life; it speaks to our priorities, our prosperity and our tendency to take more than we need. But the superlative size of our houses isn’t just a foam finger America can hold up to the world. It’s correlated with land use patterns and population density, which in turn determine the environmental impact and personal health of communities, and whether they can support a diverse range of businesses, facilities and transportation choices. It’s no coincidence that a modern American suburb like Weston, Florida, has just one-third the population density of Levittown.

Given the environmental, infrastructural and financial costs of Americans’ insatiable spatial appetites – the share of our budgets devoted to housing is 41 percent, up from 26 percent in the Levittown era – you can understand why some saw good news in the recession-era report that our houses had begun to shrink. Between 2007 and 2010, for the first time in a half century, the average size of new U.S. homes fell by more than a hundred square feet, dropping back toward 2004 levels.

It was no peak; last year, the average size of new American houses reached an all-time high of 2,679 square feet. The increase in space per person has been even more dramatic. Between 1973 and 2013, the average American household shrank from 3.01 to 2.54 persons; new homes give Americans more than 1,000 square feet per family member, on average. That’s roughly twice as much space as we had in 1973.

You may consider this an indicator of success, excess, or both. Planners consider it a challenge. Economic growth, as the prolific planner Pedro Ortiz has written, drives urban expansion far more than population growth. In Madrid, for example, the average person’s living space expanded from 129 square feet in 1974 to 301 square feet in 2007 — a nearly threefold increase. While the population hardly changed between 1975 and 1995, the city’s footprint expanded by 50 percent.

The phenomenon is universal. But American homes dwarf those in nearly every other country on Earth. Our new houses are twice the size of those in Germany, and you could fit three new U.K. houses inside one of ours. (For what it’s worth, the houses in the U.K. are rather cramped.) Even in spacious Canada, our neighbors are building homes three-quarters the size of their U.S. equivalents. Only Australia, which has the lowest population density in the world after Mongolia and Namibia, can rival the U.S.A. for big houses.

As it turns out, though, the U.S. housing puzzle is more complex than many critics perceive. For the past few decades, single-family homes have dominated new construction. During most of the early-aughts housing boom, too, more than four of five new units were single-family homes. But that huge discrepancy has been vanquished by a surge in apartment construction. These days, the rate of new starts in multi-family buildings has been hovering, nationwide, near 40 percent — a level not seen in decades.

Every Tom, Dick and Harry has an opinion on the shift toward multi-family housing, and the sea change it portends for American homeownership rates, mobility, urbanization, the economy and more. It’s too much to go into here; suffice it to say that many economists believe the shift may not be a glitch, but rather the beginnings of a long-term structural change.

Among other things, the rise in multi-family construction indicates that the U.S. preference for living large is abating. The average area of new apartments has remained virtually unchanged since 1999. At 1,107 square feet, new U.S. apartments are 2.5 times smaller than new houses. And new apartments have suddenly become a significant segment of the housing market.

That raises a number of questions. Are these new residents trading the space of suburbia for the vibrancy of a city? Are they downsizing their living quarters to spend money on other things? Or can they simply not afford to rent a bigger apartment or purchase a house?

American living habits, in other words, are bifurcating in more ways than one. It’s not just a split between single-family homes and multi-family dwellings, between city, suburb and country, or between buying and renting. It’s also a yawning divide in the space we occupy.