Rejecting global appeals for a ceasefire, Israel and Hamas continue to wage war, killing civilians in the process 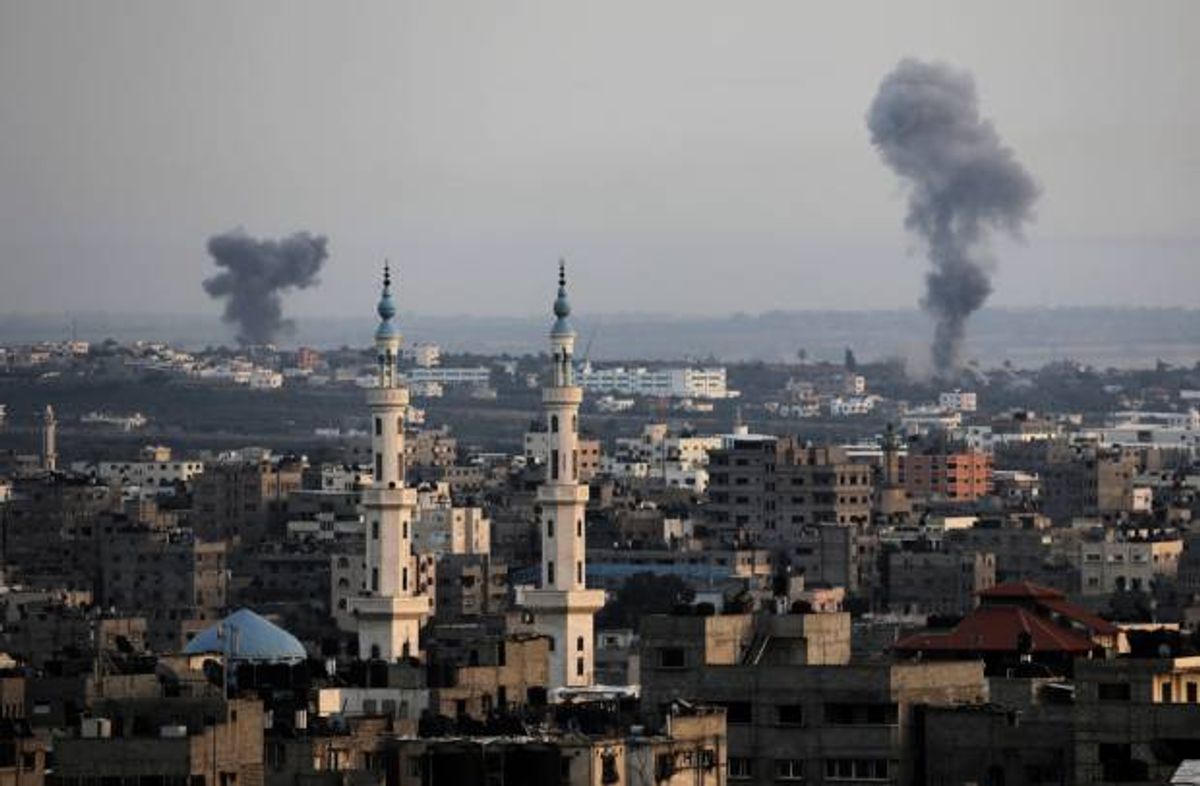 Columns of smoke rise following Israeli strikes on Gaza Strip, Saturday, July 12, 2014. Israeli airstrikes on Gaza hit a mosque and a center for the disabled where a few women were killed Saturday, raising the Palestinian death toll from the offensive to more than 130, Palestinian officials said, in an offensive that showed no signs of slowing down (AP Photo/Adel Hana)
--

Despite calls from around the globe for both sides to cease fire and sue for peace, Israel and Hamas continue to wage war against one another in Gaza while a growing number of Palestinian civilians are killed in the chaos. According to a new report from the United Nations, as much as 77% of the more than 150 casualties in Gaza thus far have been civilians.

While Israel has not yet begun a ground offensive into what is technically Palestinian territory, the country has been conducting numerous airstrikes against what it claims are terrorist and terrorist weapon stockpiles in the area. There have been more than 1,2000 Israeli airstrikes in the past six days. One hit a center for the disabled, killing two and wounding four.

For its part, Hamas continues to send rockets and mortars into Israel, launching more than 700 in the same time period. The number of civilians killed or wounded in the battle has been dramatically lopsided. Defenders of the Israeli government have blamed Hamas for the high number of Palestinian civilian deaths, claiming the organization has taken to using "human shields" to protect personnel and weaponry.

On Saturday, the 15 members of the United Nations Security Council voted unanimously to call on both sides to cease the fighting, return to order and once again engage in a process to secure a lasting two-state solution to end the decades old battle between Israelis and Palestinians. The statement is not legally binding.

Critics say Israel's heavy bombardment of one of the most densely populated territories in the world is itself the main factor putting civilians at risk. Sarit Michaeli of the Israeli human rights group B'Tselem said that while using human shields violates international humanitarian law, "this does not give Israel the excuse to violate international humanitarian law as well."

The Israeli military has said it has targeted sites with links to Hamas, including command centers, and that it issues early warnings before attacking. But Michaeli said civilians have been killed when Israel bombed homes of Hamas militants or when residents were unable to leave their homes quickly enough following Israeli warnings.