"It was one of the hardest things I have ever gone through": How reporting sexual assault can revictimize survivors

A New York Times report shares one victim's story of being mistreated by her school. She's hardly alone 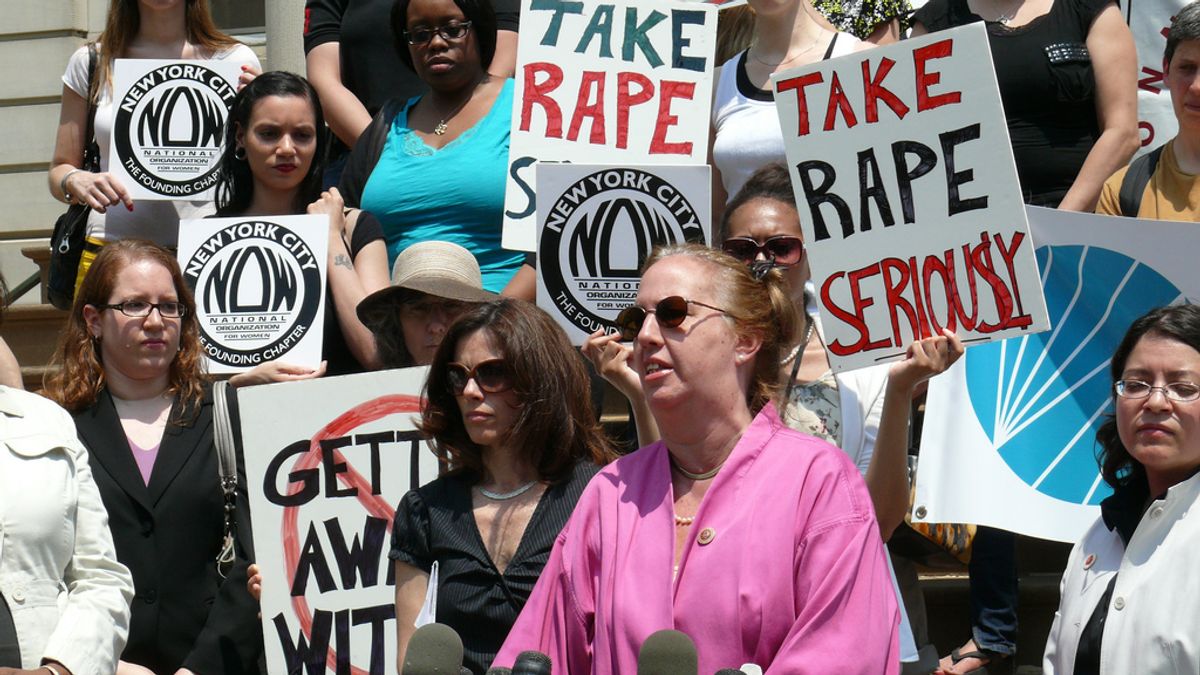 Last, week Claire McCaskill released a report on sexual violence at American colleges and universities revealing -- among other troubling findings -- that of more than 300 schools surveyed, 40 percent hadn't conducted a single sexual assault investigation in the last five years. This was true even for schools that had reported sexual assaults to the Department of Education during that same time period, meaning that these cases were blatantly ignored by administrators. But another alarming truth exposed in McCaskill's report was just how little training and resources are available at the schools that meet their federal obligations and actually investigate sexual assault on their campuses. It seems victims are largely on their own whether or not their assaults are investigated.

This lack of training is a dangerous thing. And while reports like McCaskill's are crucial to raising awareness and demanding accountability from administrators and law enforcement, the numbers can sometimes obscure the real people who are harmed by the failures of the system. A story that ran over the weekend by Walt Bogdanich at the New York Times shared one of those stories, and put a human face to the statistics.

Anna was a freshman at Hobart and William Smith Colleges when she says she was sexually assaulted by members of the school's football team. After texting her friends that she was at a party with a group of football players and "scared," she was eventually found in a common room on campus, bent over a pool table as a football player appeared to be sexually assaulting her. Others were in the room watching and laughing, according to a witness account. Anna told the Times that she had no recollection of what happened to her on the pool table, but said she was raped earlier in the evening in a bedroom in a campus fraternity house.

A sexual assault nurse who examined Anna found "blunt force trauma" indicating “intercourse with either multiple partners, multiple times or that the intercourse was very forceful.” A sergeant who drove her back to her dorm that night assured her that her school “would respond in whatever manner that would support her.”

The sergeant was wrong. It took the panel at Hobart and William Smith Colleges 12 days to clear each of the football players involved of any wrongdoing.

Two of the three panel members did not examine a report from the sexual assault nurse showing blunt force trauma, instead focusing on how much alcohol Anna had consumed that night and asking questions about how she danced with her alleged rapists. “It was one of the hardest things I have ever gone through,” Anna said of the hearing. “I felt like I was talking to someone who knew nothing of any sort of social interaction; what happens at parties; what happens in sex.”

“The questioning is absolutely stunning in its absurdity,” Anna’s lawyer, Inga L. Parsons, told the Times.

Anna's story is hardly unique. On college campuses and off, victims are the ones generally put on trial for the crimes committed against them. A student who was assaulted at Patrick Henry College -- a private Christian evangelical school -- was aggressively questioned by the dean of students and told that she wasn't "wholly innocent in this situation." She was asked questions like, "Did you make it up? Or did you deserve it in some way? Or was it consensual and now you’re just lying about it to make him look bad?," according to a witness present at the time. The student's alleged rapist was never disciplined.

Earlier this year, after a woman was allegedly assaulted by members of the Naval Academy football team, she was questioned for 20 hours by 12 attorneys and forced to answer questions about her sexual history. She was asked whether or not she wore a bra, how wide she opened her mouth during oral sex, and if she considered herself a “ho” after the alleged assault occurred.

These failures aren't even limited to college or military investigations. Law enforcement officials have been found to be equally ill-prepared to handle these cases. “Law enforcement officials at 30 percent of institutions in the national sample receive no training on how to respond to reports of sexual violence,” according to the findings. A recent national survey also found that law enforcement lack this crucial training, and often use a narrow conceptions about rape -- namely, that only stranger rape involving a weapon or physical force counts as rape -- to guide their investigations. As a result, victims suffer.

There is an endless stream of survivor testimonies that sound exactly like this one, thousands of survivors who are re-victimized by the systems that are supposed to be put in place to help them. And yet men like George Will call the failures of accountability and abuse endured by survivors "privileges." And still we wonder why more victims don't come forward. Why reporting remains so low. Why survivors self-critique their own rape experiences, question whether or not what happened to them counts as a crime. Why some victims cease to cooperate with hostile investigations.

Despite her experience at the school, Anna told the Times she intends to return to Hobart and William Smith in the fall, for one simple reason: “Someone needs to help survivors there."