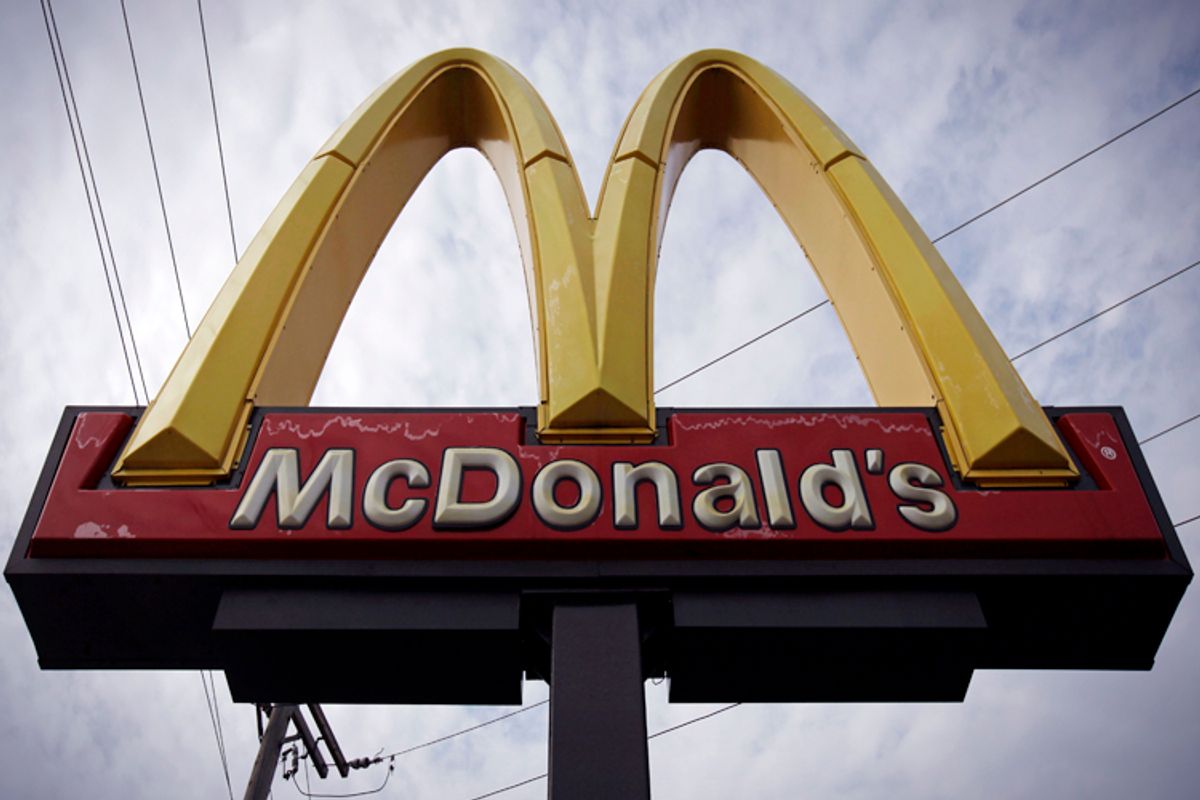 There are several common associations people tend to make with McDonald's: fondness for the days of childhood; head-shake-inducing regret; possibly Super Size Me-related disgust. Then, of course, there are the people who associate McDonald's with even warmer feelings, like those of falling in love and committing to another person for life.

That's right: according to multiple reports, there is a notable portion of the world population that has expressed interest in marrying at McDonald's. Since 2011, McDonald's locations in Hong Kong have offered wedding services for brides- and grooms-to-be; initially just three stores offered the services, but that number has since grown to 15. And the restaurants don't just offer reception venues -- couples can also celebrate their anniversaries, engagements and bridal showers at Mickey D's too.

"We started the program because many customers tell us that McDonald's is where they first started dating ... McDonald's is where their love stories grew," company spokesperson Jessica Lee explained in an email to CNBC. "This connection is exactly why they want to hold their wedding parties and even anniversary parties at McDonald's -- to relive sweet beginnings and bring their romantic story full circle."

Hong Kong franchises offer four different packages for betrothed couples, ranging from a bargain price of US$373 to the "deluxe" option that costs US$1,290. That's significantly less than the average American wedding, which can cost upwards of $27,000. There's certainly something to be said for paring down the exorbitant expenses involved with most wedding ceremonies, but the dollar-menu wedding option also raises a question about the supposed "sanctity" of the event. Does getting McMarried undermine all those traditional marriage values we extoll in the U.S., or is it just an even more American way to do the deed? Regardless, it probably won't be long before the trend gets re-exporting back to the U.S.