"Your optimism is overwhelmingly positive, except when it leads you to act against your own best interest" 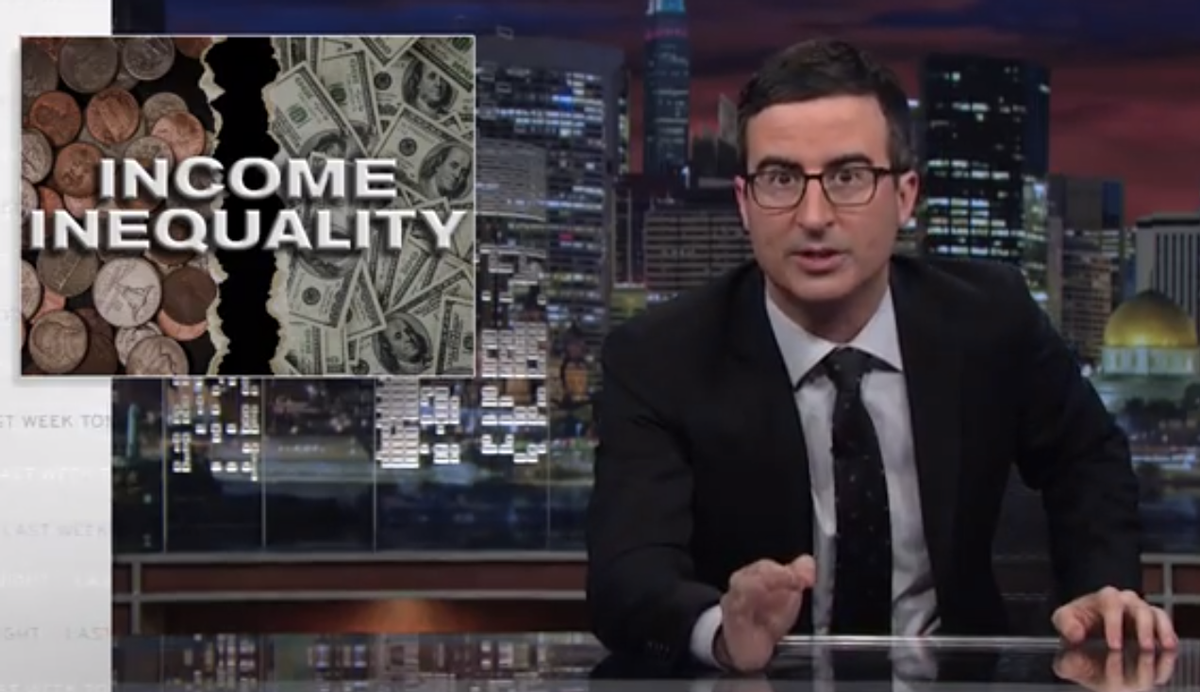 The rising wealth chasm between the rich and the poor -- not an American phenomenon, but arguably the most important issue of our time. And over half-a-year after President Obama expounded on the issues of inequality (using the word 28 times in a December speech), the subject has been all but discarded.

Oliver brings it right back to the foreground with a Homeric speech about income inequality and the "American Dream." The issue, Oliver points out, is the optimism of the "American Dream." America still frames the economy as if everyone can still make it, even as laws and the economy continue to widen the gap between the haves and the have-nots. While the optimism is beautiful -- and maybe possible for the few who "make it" -- it, as Oliver points out, "leads you to act against your own best interest." Watch him explain below: