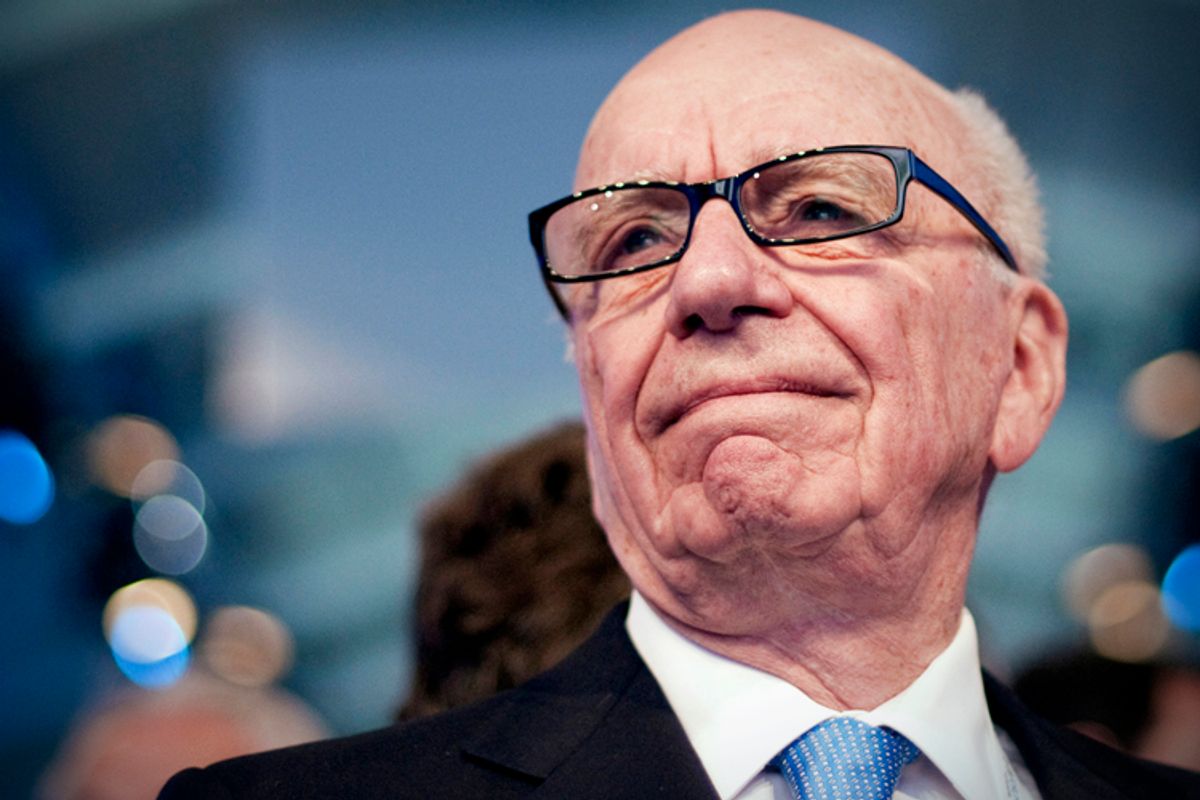 In case there was any doubt about it, this is how Rupert Murdoch really feels about climate change: skeptical.

Speaking with Sky News in an interview aired this weekend, the media mogul, who counts Fox News, the Wall Street Journal and the New York Post among his assets, voiced his horribly inaccurate "opinions" about man-made climate change, explaining that in the "most alarmist" scenario, we might lose the Maldives or something. But while the island nation might already be a lost cause, he continued, a little bit of sea level rise is no reason to start reducing our reliance on fossil fuels.

“Climate change has been going on as long as the planet is here," Murdoch explained, following a line of reasoning popular among climate deniers. "And there will always be a little bit of it. At the moment the North Pole is melting but the South Pole is getting bigger. Things are happening. How much of it are we doing, with emissions and so on? As far as Australia goes? Nothing in the overall picture.”

Most of the climate change experienced throughout the planet's history, of course, is of a profoundly different nature from that seen since the industrial era, while periods of abrupt climate change, like we're seeing now, came with profound consequences for life on Earth. What Murdoch's comments about the poles leaves out is that Arctic ice sheet is melting at a much faster rate than that of the Antarctic's current gain -- which itself is, counterintuitively, consistent with global warming. Meanwhile, part of the Antarctic ice sheet recently entered a period of unstoppable collapse. And the only way to believe that Australia, which relies heavily on coal, isn't contributing to such things is to believe that greenhouse gas emissions have nothing to do with climate change.

Murdoch, however, expressed his great admiration for Australian Prime Minister Tony Abbott ("an admirable, honest, principled man"), who's been cutting away at Australia's climate mitigation policies, and is about to cut the country's carbon tax. Australia, he advised, "shouldn’t be building windmills and all that rubbish.”

In Murdoch's conception of a worst-case scenario, the coming century will see a rise in temperature of 3 degrees Celsius (5.4 degrees Fahrenheit), and only one of those degrees would be attributable to human activity. “What it means is if the sea level rises six inches it’s a big deal in the world, the Maldives might disappear or something, but we can’t mitigate that, we can’t stop it, we've just got to stop building vast houses on seashores and go back a little bit," he said. “The world has been changing for thousands and thousands of years, it’s just a lot more complicated today because we are more advanced.”

In reality, the Guardian notes, a single degree of human-caused warming is the best-case scenario; the IPCC's predictions range up to 4 degrees, an amount that will cause serious devastation -- and not just to the Maldives. While the part about not building on coastlines is true, he's underselling the issue. The IPCC, again, predicts anywhere from 9.8 to 48 inches of sea-level rise, and that, of course, is only one predicted effect of climate change. It's indeed a lot more complicated -- just not in a way that Murdoch is willing to admit.

Check out the segment below:

UPDATE 7/14/2014 3:45 PM: This post has been updated to clarify the difference between current and past climate change events.