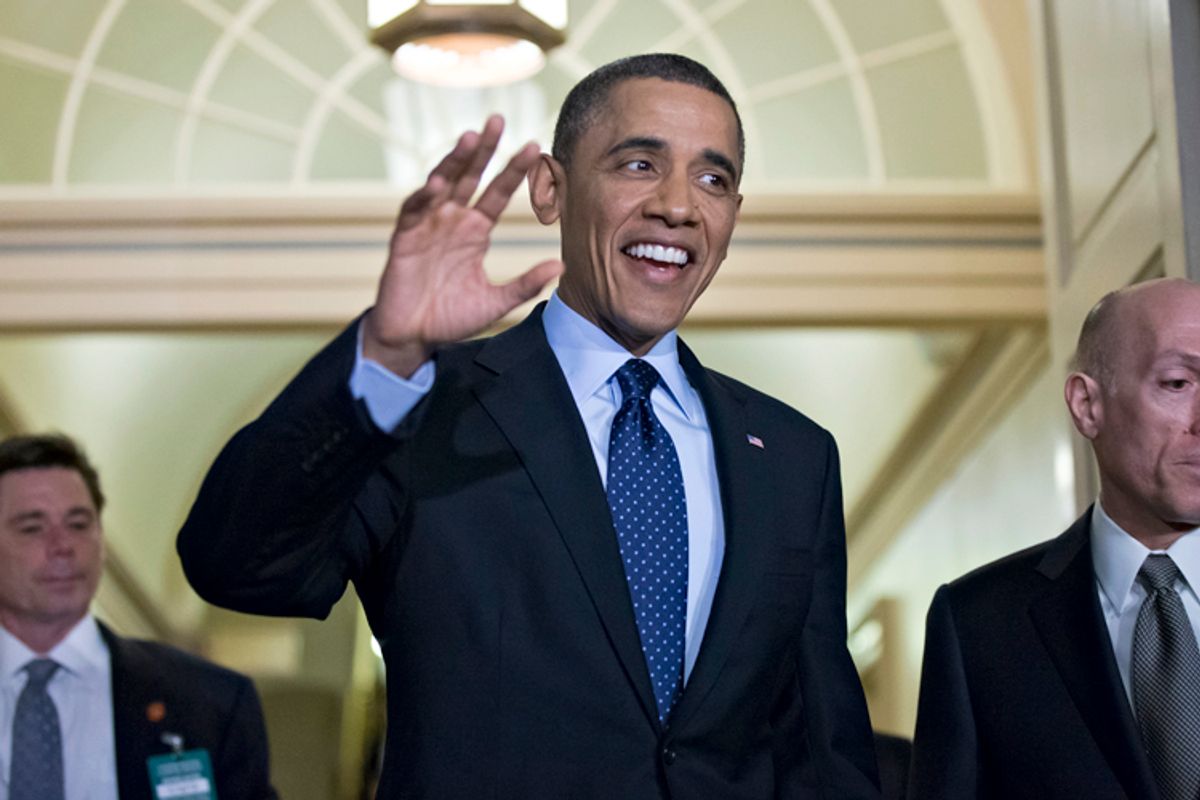 No doubt aware that, with presidential campaigns starting earlier every cycle and a superstar successor waiting in the wings, his time as a lame-duck president is fast-approaching (if it isn't here already) Obama's been having a bit more fun out in the "real" world lately.

First there was his amusingly odd trip to Denver, featuring men in animal masks, free weed and a game of pool. Now, we have his visit last week to a BBQ joint in Austin, Texas, during which Obama became almost certainly the first U.S. president to respond to a joke about gay sex with a fist-bump and a chuckle.

According to the recollection of Daniel Rugg Webb, the cashier working at the time who told his story to the Austin Chronicle, when Obama arrived to pay for his food, Webb — who is gay and a part-time standup comedian — playfully slapped his hands down on the counter and proclaimed, "Equal rights for gay people!"

Obama responded by asking Webb, "Are you gay?"

Webb's quick reply: "Only when I have sex."

At that point, according to Webb, Obama laughed, said "Bump me," and held out his closed fist for a terrorist jab. Webb obliged:

Later, Webb joked to the press about what a contrast his experience with the president would be to how, he imagines, the same situation would have played out had the politician been Texas governor and likely 2016 presidential aspirant Rick Perry.

"If Rick Perry would've walked in, I would have lost my job. I would've taken that old queen to town," Webb said, referring to longstanding but unsubstantiated rumors about Perry's sexuality.