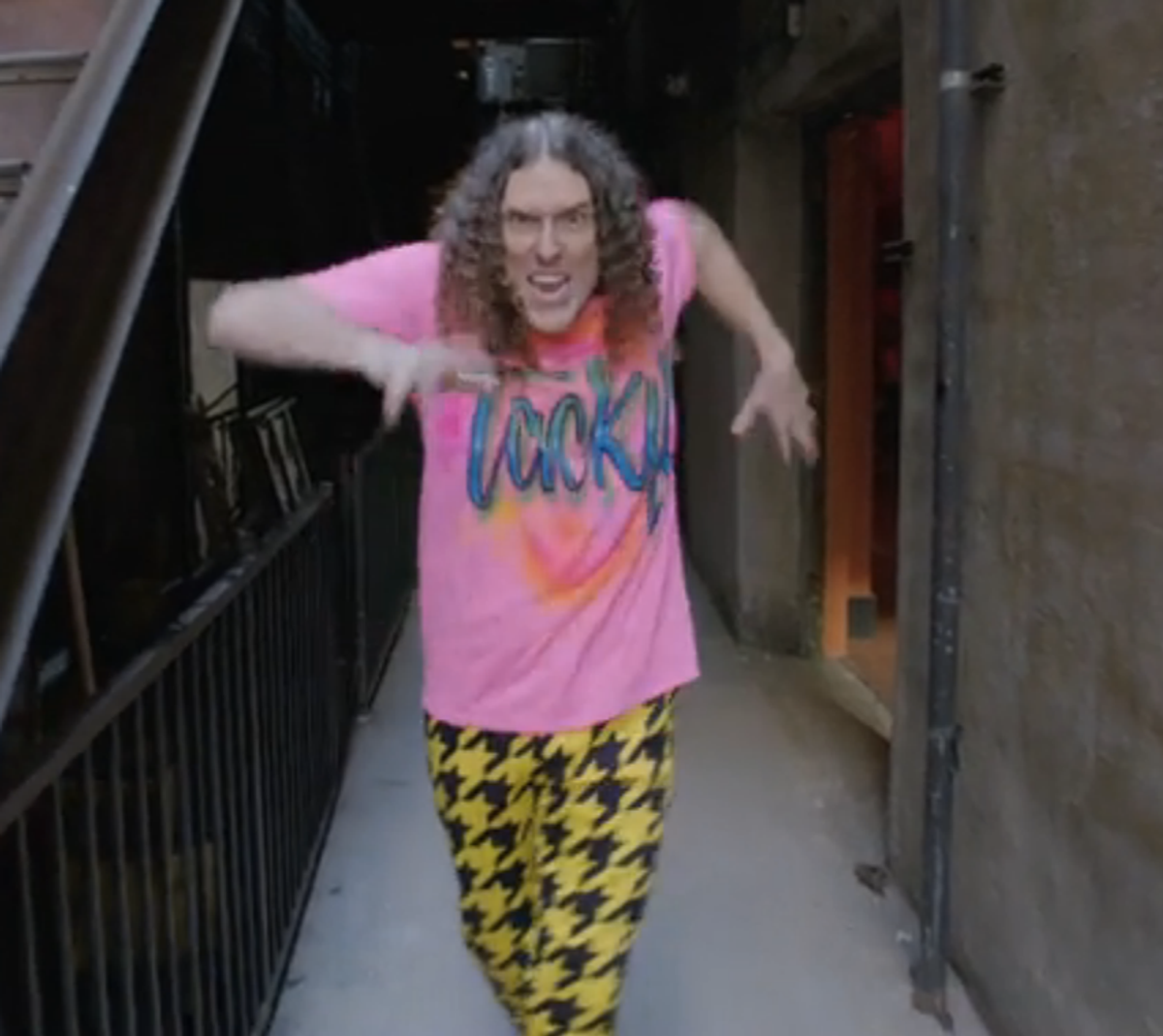 Today "Weird Al" Yankovic released the first of eight new music videos to accompany the release of his 14th album "Mandatory Fun."  It is a delightfully hilarious video for "Tacky," a parody of Pharrell Williams's "Happy."

The video (below) stars Aisha Tyler, Margaret Cho, Eric Stonestreet, Jack Black and Kristen Schaal dressed in the tackiest of clothing and lip-synching to the "Weird Al" song. "Mandatory Fun" is out tomorrow, July 15.

"Weird Al" has been parodying popular music for over 30 years, and there are rumors that "Mandatory Fun" may be his last album. When asked about the title "Mandatory Fun," Yankovic told NPR:

"That was just an oxymoron that I've always been amused by. It's used a lot in corporate retreats and, I'm told, in the military. Also, this is the last album of a 32-year-long record contract, so some fans have theorized that that might have something to do with it as well, but I can't really comment on that."

"Yeah, Cookie Monster is my No. 1 competition right now. Actually, I don't view it as a competition at all. I think it's wonderful that there's a level playing field now. Anybody can upload their videos to YouTube and you don't have to get the blessing of some record executive somewhere to get your stuff heard. If your stuff is good, chances are people will hear it.

"I did have the field to myself pretty much throughout the 80s and 90s, and it's more of a challenge now because I have to make sure my material rises above on its own merits. I can't just say "Well, I'm the only person with a major label recording deal." Now I have to compete with the thousands and thousands of people that are also putting out comedic songs and parodies."

Yankovic also hopes that each day the video will go viral:

"I wanted to really do what is ostensibly my last album with a big splash. I wanted the first week to be big; I wanted every single day of release week to be an event. I wanted a video to go viral for an entire day and have people talking about that video, and then the next day they're talking about a new video. I just thought that would be a really fun way to do it, to make a big deal out of release week."

And he set the record straight that it was he, not Beyoncé, to first come up with the idea to release videos for songs all at once:

"You know, a few people have said that. My last album, which came out three years ago, I had a video for every single song, and they all came out at once. And nobody said to Beyoncé, "Hey, you're doing a Weird Al, aren't ya?" So for the record, I was first."

The entire interview, done by NPR's Tamara Keith, is fascinating, and well worth a listen. I strongly suggest you listen here.