With a family in legal jeopardy, Bravo's "Real Housewives" has finally gone too far

The reality franchise documents a kid crying as she faces her parents' maybe-jail-time. Don't watch this 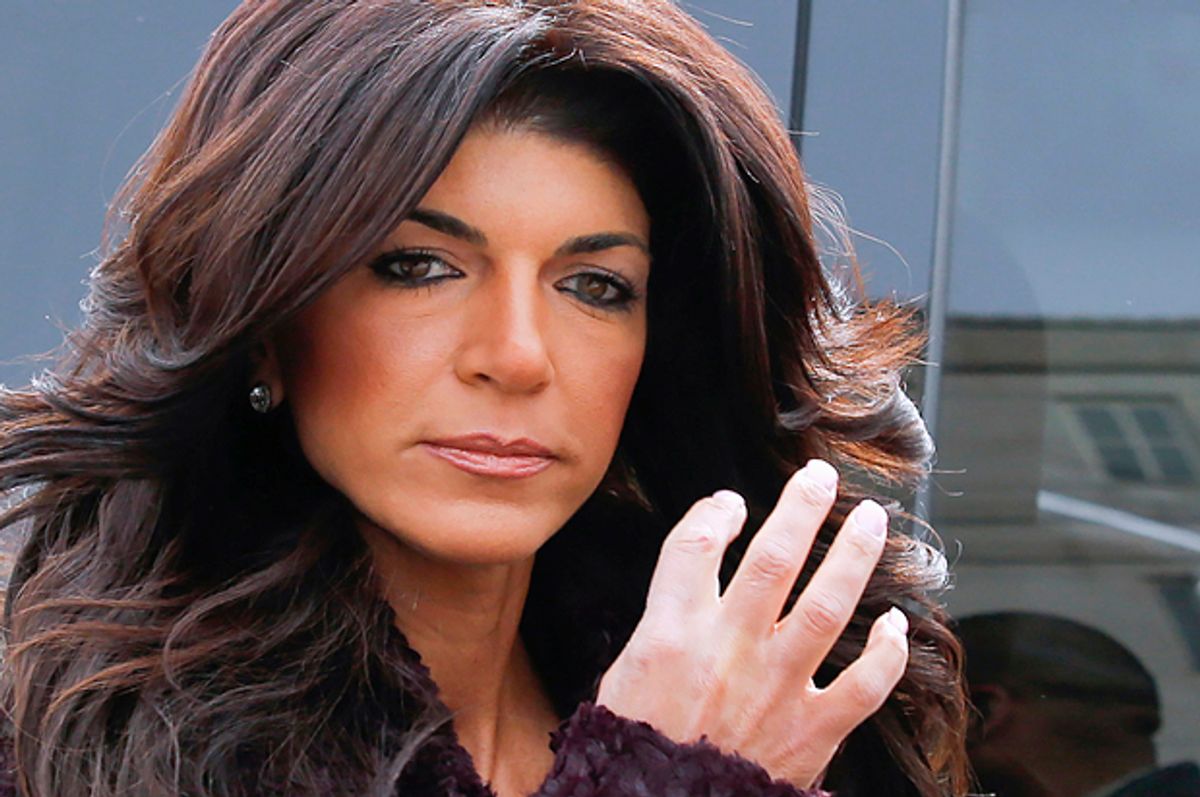 Bravo may have finally gone too far.

The undisputed star of its “Real Housewives of New Jersey” franchise, Teresa Giudice, has been charged with her husband of conspiracy to commit mail and wire fraud (among other charges). Both individuals are free on bond and potentially face jail time. And both, along with their four young children, were depicted on last night’s “Real Housewives” season premiere.

Questions of guilt or innocence are far beyond the ken of a TV review, but I mean, it's hard not to take note of the competitive display of wealth that this series documents. Over the course of the series, her lavish lifestyle has caught the camera’s eye time and again; it seems weirdly immoral for the show to continue documenting her life -- and her fancy home and wardrobe, and her ability to spend leisure time with her kids -- which she's facing potential jail time for extralegal moneymaking.

But that’s exactly what happened. On last night’s “Real Housewives of New York,” Teresa taught her children how to cook -- how fun for them all! The removal of the majority of cast members with (acrimonious) history toward Giudice has smoothed the rails towards a season’s worth of framing her as a woman wronged, seeking justice.

But it’s one thing to get rid of the haters. The show frames Giudice and her husband as righteous people and good parents in a manner that ought to have given Bravo pause -- by depicting their eldest daughter dissolving into tears during her father’s speech at a family function. She’d miss her parents if they went away, is the subtext here -- and that all makes sense. Did we need a preteen’s tears captured on a camera hovering right in front of her face to make that point?

“New Jersey” has always been the “Real Housewives” franchise that verges on the too-real; its feuds are rooted not in seeing self-styled socialites from different parts of the city forced to hang out but in intrafamily drama that has been ongoing since long before the show started. But the current documentation of the Giudice family’s stress pre-whatever-comes-next is both far too real and completely surreal. The Bravo cameras willingly indulge a fantasy of family togetherness at the same time they document people completely coming apart. It’s subtextually rich, but pretty queasy to watch. Even if they won’t accept it, the Giudice family deserves privacy.