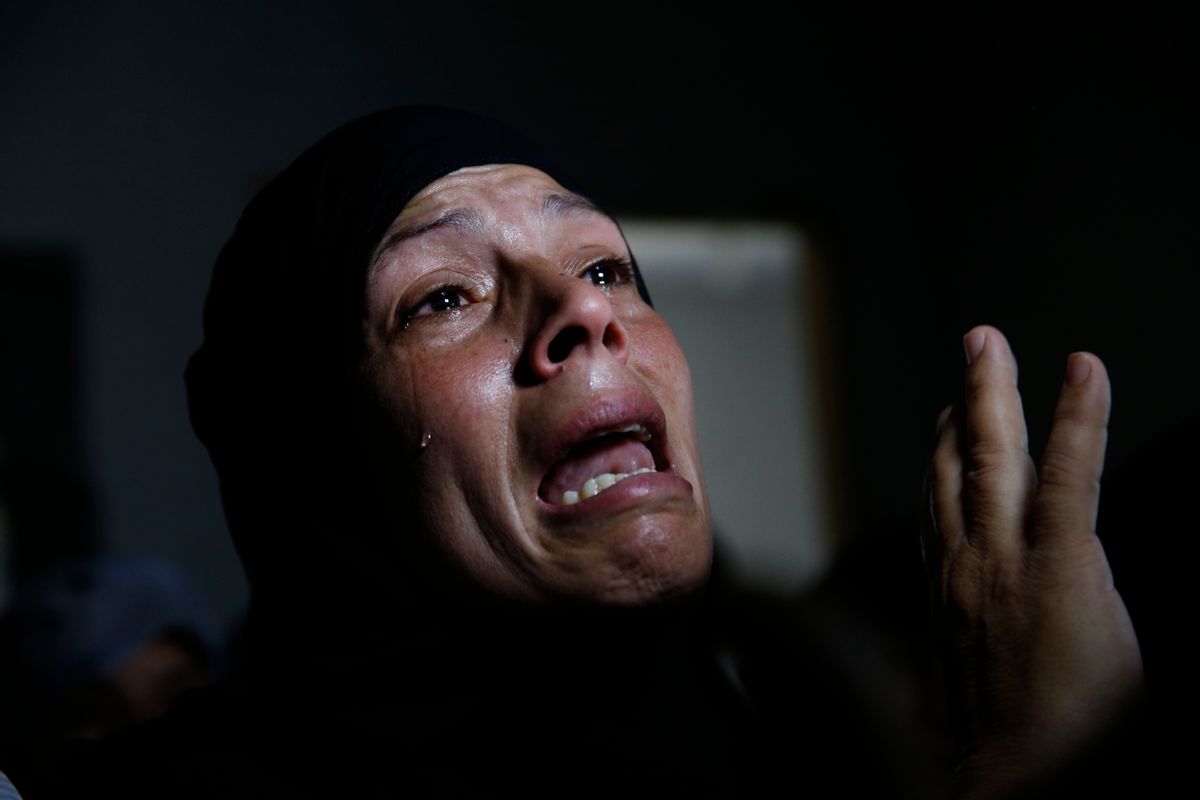 A Palestinian mourner cries in a house after the bodies of Mousa Abu Muamer, 56, and his son Saddam, 27, who were killed in an overnight Israeli missile strike at their house in the outskirts of the town of Khan Younis, southern Gaza Strip, were brought in for their funeral, Monday, July 14, 2014. Saddam's wife, Hanadi, 27, was also killed in the attack. (AP Photo/Lefteris Pitarakis) (AP)
--

It's the first time the Israelis have encountered an unmanned aircraft since the start of their offensive against Hamas militants last week. Egypt, meanwhile, calls for a cease-fire.

The bank acknowledges a pattern of deception that Attorney General Holder says "shattered lives" and contributed to the worst financial crisis in decades.

Ashraf Ghani Ahmadzai tells the AP's John Daniszewski that a U.S.-brokered pact lays the foundation for a national unity government.

4. WHO HAS RETURNED TO REGULAR ARMY DUTY

Sgt. Bowe Bergdahl. But it's unclear when investigators will ask about his disappearance that led to his being held captive by the Taliban for five years.

5. 'GREAT DAY FOR THE CHURCH AND FOR EQUALITY'

That's what Britain's prime minister is calling the Church of England's vote in favor of allowing women to become bishops.

School cafeteria managers are sampling bean burgers, peanut butter substitutes and other alternatives at a convention in Boston.

7. WHY BIN LADEN AIDE'S CONVICTIONS WERE SET ASIDE

An appeals court says the government offered little backup for the notion that a military commission was the appropriate place to try Ali Hamza al-Bahlul for material support for terrorism and solicitation.

9. WHAT'S READY TO BE TOWED

The deadly shipwreck Costa Concordia is successfully refloated in preparation for it to be hauled away for scrapping, 30 months after it capsized.

Seattle's Felix Hernandez will take the mound for the American League and St. Louis' Adam Wainwright will open for the National League at the All-Star game.