Ann Coulter's voter fraud secret: Why she urged Republican not to push issue

When Chris McDaniel was threatening to challenge his narrow loss, one conservative surprisingly said no. Here's why 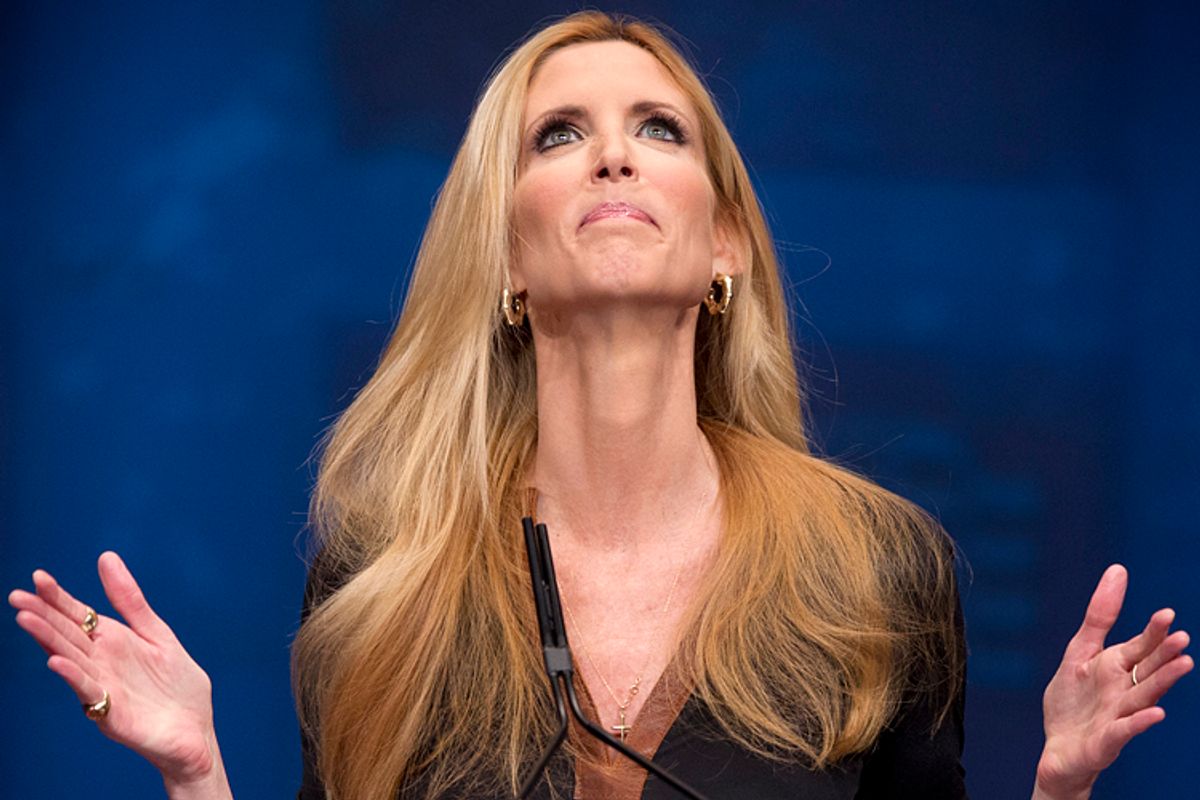 Funny thing. For some reason, professional, weapons-grade right-wing troll Ann Coulter doesn't think her fellow Republicans should waste their time looking into issues of vote fraud. We wonder why.

The irony here -- and the hypocrisy -- and even the criminality, as those familiar with the BRAD BLOG's years of exclusive reporting on Coulter's own personal problems with voter fraud -- is extraordinary.

McDaniel has suggested he lost the race due to fraud, arguing that Democratic African-American voters courted by Cochran in the runoff tipped the balance of the race, but had voted illegally. Mississippi law bars people who had voted in the earlier Democratic primary on June 3 from voting in the Republican primary runoff on June 24. The state's primary elections are otherwise open to any legal voters, as the state does not track party affiliation on voter registrations.

Coulter is urging McDaniel to stand down, arguing that challenging the results of the race in court and calling for a new election would "prevent him from having any political career, ever again." (For the record, the state does not allow recounts, though most of the state would be un-recountable in any case, since most voters in Mississippi are required to vote on 100 percent unverifiable electronic touch-screen voting systems on Election Day.)

After citing a number of recent elections in which she falsely claims that "actual vote fraud" resulted in Republican candidates losing, she warns that "history shows that the contesting politicians get branded as sore losers and destroy their political careers. Better to be magnanimous and live to fight another day."

While offering a few of her trademark, meant-to-be-offensive look-at-me-I'm-Ann Coulterisms (a Democratic U.S. House member from Orange County, California, is "a communist lunatic"; and on a Native American community in South Dakota: "vote-counter speak with forked tongue, Kemosabe"), she argues that "McDaniel's partisans don't just have to prove that more than 7,000 ineligible voters went to the polls, but also that they all voted for Cochran, not McDaniel. Good luck with that."

That last point may be true, and her larger point is clearly meant to suggest an ugly re-vote or a McDaniel win in the state would threaten Republican chances at gaining a majority in the U.S. Senate this November.

But it's indescribably amusing the lengths to which Coulter seems to be going here to dissuade the examination of vote fraud -- any fraud, apparently, in any election results.

It's difficult not to recall a very specific reason -- at least two of them, actually -- why Coulter would be delighted to dismiss claims about voter fraud as a key Republican election tactic.

As the BRAD BLOG spent years documenting, Coulter herself committed felony voter and voter registration fraud in Palm Beach, Florida, and, prior to that, for several years, in Connecticut. In both states, despite a very clear and undeniable paper trail, which we documented in scores of articles indexed on our Special Coverage page, BradBlog.com/CoulterFraud, she was eventually able to call in enough chits and favors from high-priced GOP attorneys, party apparatchik and even an old boyfriend at the FBI, to get her off the legal hook for multiple counts of felony fraud.

But the facts -- and the documentation -- remain. Thus, Ann Coulter may not be the best person in the Republican Party to discuss issues of election fraud. In fact, she's probably one of the very worst.

Oh, and, for that matter, as we detailed about two weeks ago, McDaniel may have some illegal voting issues of his own to worry about ... at least if he decides to challenge "illegal voting" in his own June 24 Republican primary runoff in Mississippi.