Why Comcast's disconnection nightmare is even scarier than it sounds

The true face of market forces: In the future, you won't be allowed to cancel your cable subscription 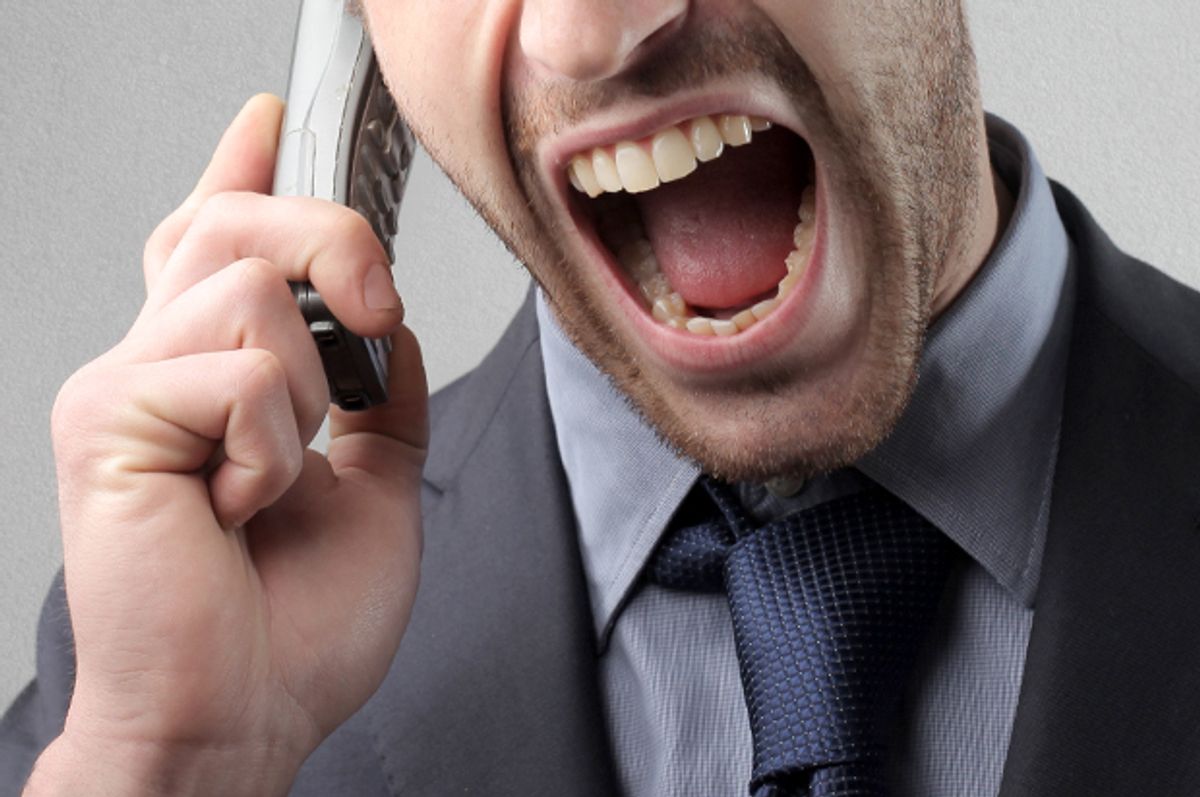 All Ryan Block wanted to do was cancel his Comcast service. But in a scene that plays out like the ninth circle of telephone user support hell, the Comcast representative simply refused to do so. Instead, he badgered Block and his wife for nearly 20 minutes, demanding to know their reasons for cancellation, and repeatedly stressing, in a tone of stunned and aggrieved amazement, his astonishment that anyone would want to leave the nation's No. 1 cable and Internet provider.

You can listen to 10 minutes of the call here, but I don't recommend it. It's worse than rubber-necking at a car crash. For anyone who has ever been on the receiving end of an overly aggressive customer support representative, the audio clip is sure to provoke PTSD symptoms.

The clip went viral Monday afternoon, and even the mighty Comcast was forced to respond. Mashable reports this morning that Comcast is investigating the matter, and that "this isn't how our customer service representatives are trained to operate."

On one level, this is probably true: Comcast likely does not train its employees to act like meth-addled pit bulls with their jaws locked around a customer's throat. But Comcast is being too cute. Because there is absolutely no question that Comcast service reps are trained to try to change the customer's mind when he or she dares to cut off financial ties with the mothership. Anyone who has attempted to cancel an account with any big telecom company will recognize the frustration. They won't take no for an answer. They're not allowed to take no for answer. We call them with a straightforward problem, and end up forced to fend off sales pitches for things we don't want or need, or wrestle against attempts to change our minds about whatever we want to do.

This particular service rep exhibited extreme behavior -- but there's little doubt that his job was to prevent customers from canceling their accounts. He went overboard, but his excessive zeal was merely a function of an environment in which the pressure is constantly on to extract more cash from the customer, regardless of what the customer wants.

Ryan Block deserves applause for how calmly he persisted in asking for his account to be canceled, even in the face of customer service rep madness. But keeping calm is not the answer here. There are bigger fish to fry. If Comcast's merger with Time-Warner Cable goes through, the company will be by far the largest provider of high-speed broadband Internet access in the United States. In the absence of meaningful "net neutrality" policies, the company will also be in an extraordinarily dominant position to dictate terms to any all sorts of companies that deliver services via the Internet.

So just imagine: What happens when the same corporate financial goals and institutional pressures that encourage an individual service rep to go berserk on the phone are applied to a huge sector of the entire U.S. economy? That's what so scary about this Comcast call -- what we are hearing isn't just one guy losing it; it's the howl of unrestrained market forces, red in tooth and claw. Give a company monopoly power, and it's the only sound we'll hear.