Jon Stewart returns from vacation to find that "The world has gone mad!"

The only happy places, Stewart concludes, are Germany and Cleveland 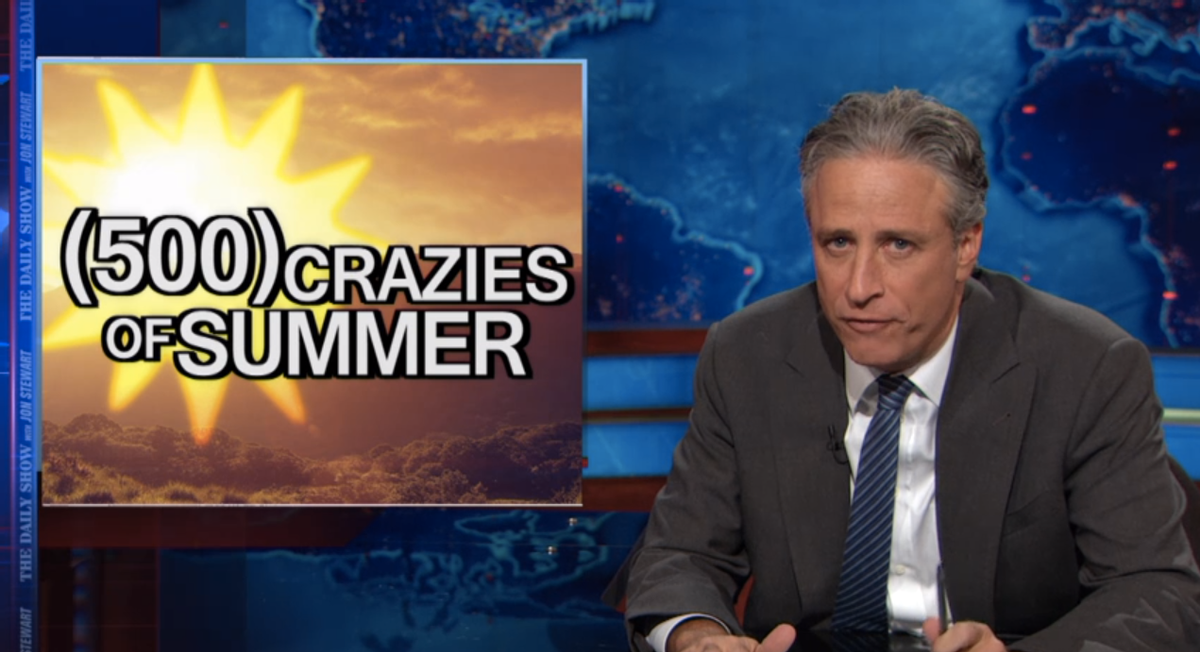 "The Daily Show" with Jon Stewart returned last night after a two-week hiatus. And Stewart was shocked out of a tropical vacation daze by the state of the world. "Good break. I tuned out; I chilled out. What am I going to miss in a two-week period, right?" Stewart asks with a lackadaisical grin. "It's the summer!"

Enter the world news: A flood of refugees at the U.S. southern border, the bleeding border between Iraq and Syria, escalating violence in Israel and Gaza, and many mishaps at the Centers for Disease Control.

He starts with the immigration crisis along the U.S. southern border debunking protesters yelling, "Go back to Mexico," and "Jesus would not break the law."

“You mean radical destroyer of the status quo Jesus?” Stewart queried. “Barging into temples, overthrowing tables Jesus? Breaking the law was kind of his thing. In fact, he didn’t just walk on water, he jaywalked on water. That actually, if I know my biblical history, is where the ‘j’ in ‘jaywalking’ came from.”

Stewart then turns his sights to the Middle East, where not only is ISIS upending Iraq, but there's also military escalation between Israel and Gaza.

And not even science can save us, as the CDC reports a series of grave mistakes, including exposing workers to anthrax.

Stewart, post-vacation, could only conclude one thing: “Things are so f*cked up in our world, that the two happiest places in the world are Germany and Cleveland.” Watch below: