Back from a two-week vacation, the two tackle the terrible Supreme Court decision in their own unique way 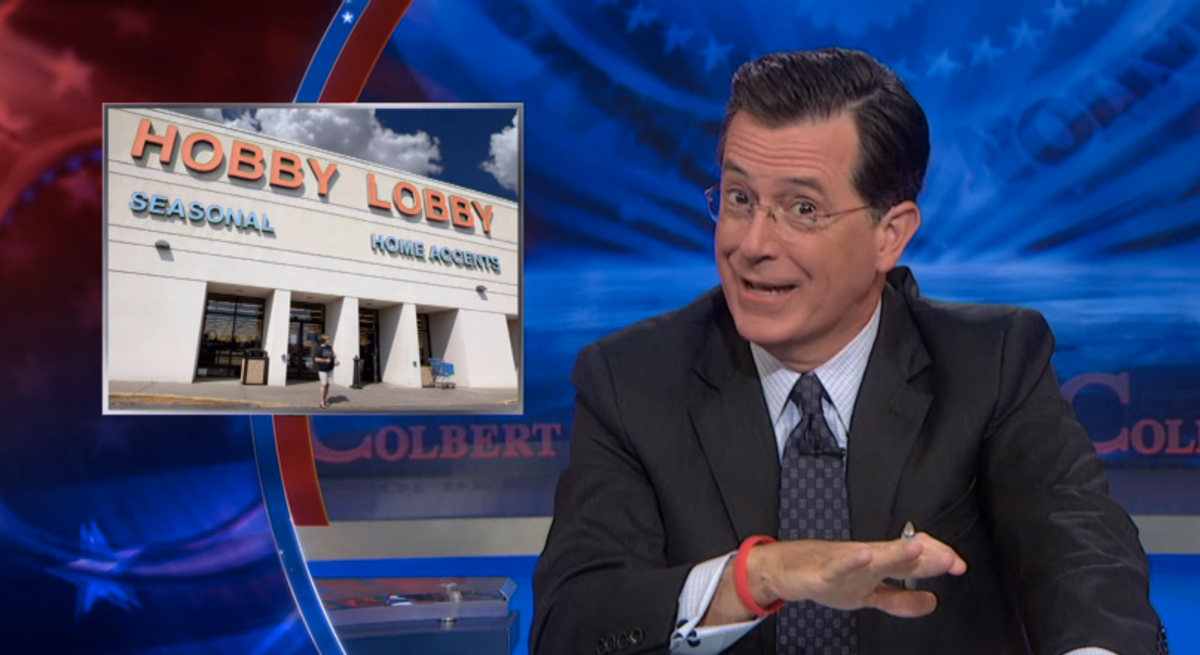 Stephen Colbert and Jon Stewart missed out on quite a bit during their two-week hiatus, including the Supreme Court's 5-4 decision in favor of the craft store Hobby Lobby. The Hobby Lobby decision stated that "closely held corporations" do not have to provide contraception coverage to employees, if contraception infringes on religious beliefs.

Each host had his own take on the "unanimous 5-4 decision," as Colbert called it. "Set your humping to dry," Colbert joked, given that contraception would no longer be covered. Colbert explained that the court had ruled in favor of closely held corporations and their religious beliefs.

"Oh, and it's probably not a big deal," Colbert added on, "but they also ruled that corporations have religious beliefs." Watch below:

Stewart had a longer take that involved going live to correspondent Jessica Williams, who explains the "narrow" ruling of the Hobby Lobby decision. The segment is interrupted by a pants-less Jason Jones. Why is he without trousers? Well, his corporation Jonsey Wonsey Has a Bonsey LLC has a religious belief against pants. And you'll see why. Watch below: