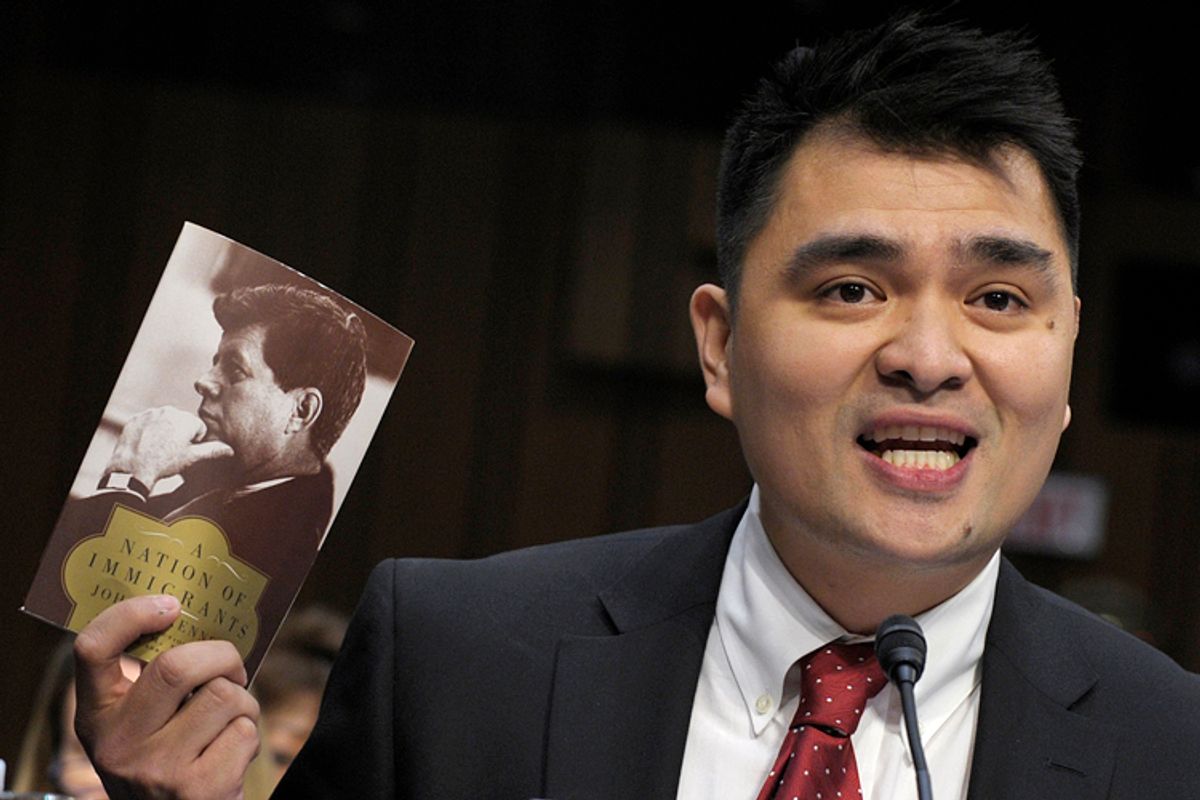 Jose Antonio Vargas, the award-winning journalist and activist who famously "came out" as an undocumented immigrant in 2011, has been arrested and detained at the U.S. border with Mexico in Texas, according to Vargas' Twitter feed as well as the Huffington Post.

Vargas was near the border to report on the ongoing humanitarian crisis happening there. As he told HuffPo recently, however, he realized upon arrival that the level of security in the region would make it potentially difficult for him to return home without risking arrest and deportation. "I’m going to fly out of here, I haven’t decided exactly when, but it’s going to be a test since the border patrol is at the airport," Vargas said.

On Tuesday, he began his "test." Here's how it started:

According to a statement soon released by the nonprofit United We Dream, which claims it is the largest immigrant youth-led organization in the United States, Vargas was soon thereafter arrested:

A person who accompanied Vargas to the airport told HuffPost that Vargas handed his Philippines passport to a TSA agent, who asked if he was traveling with a visa. Vargas said he was not. According to the source, Vargas was then directed toward one of the 21,000 border patrol agents who have the border region on lockdown.

The agent asked Vargas two or three questions, placed him in handcuffs and escorted him to the McAllen border patrol station for more questioning, according to the source. The station is not a detention center.