Not only is this Tesla more affordable, but it means a proliferation of charging stations and more competition 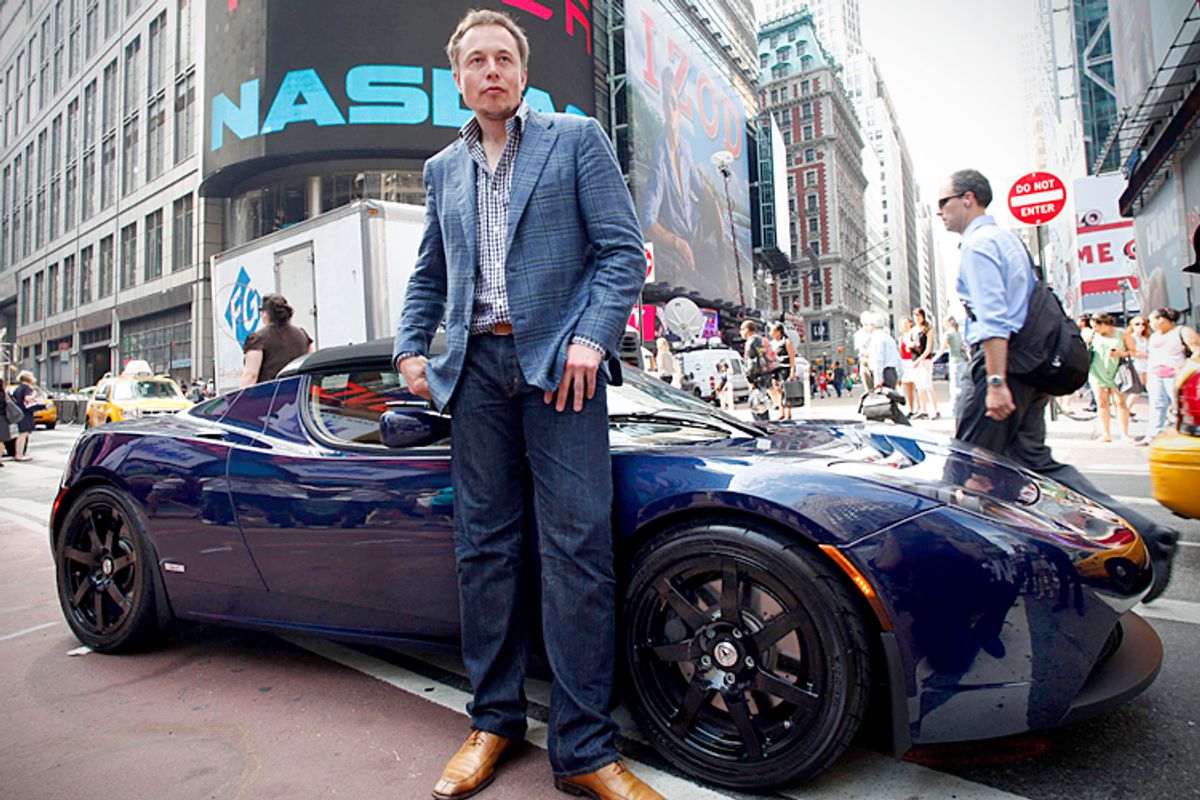 In 2017 Tesla will debut a new iteration of the electric car: the Model 3. Unlike its electric siblings -- the Roadster, the Model S and the yet  to be released Model x -- it will have a far more affordable price tag. In fact that price tag, $35,000, is roughly half that of the $69,000 Model S and far less than the Roadster.

According to Forbes: "Earlier this year, Elon Musk spoke about the vehicle noting that it would be 20 percent smaller than the Model S, with a shorter range." (The potential look of the car was mocked up by Auto Express. However, Tesla has pointed out, on Twitter, that the look is just speculation.)

And the price is so incredibly important.

While luxury and scarcity were great tools to pique interest in electric cars, as well as build a brand known for innovation and style, if Musk really wants to put a dent in climate change he needs to get more people driving them.

Tesla has a couple of intertwined aspects that could help accomplish this goal.

Price is obvious. If it is cheaper, and you don't need to pay for gas, marvelous. A Tesla model, as of right now, is also going to take you further than its competitors.

Which brings us to technology. Tesla has the longest-asting electric car battery. Though there are other fully electric cars out there (the Nissan Leaf, for example), none can go the EPA-certified 265 mile range, per charge.

Even if the Model 3's battery life is 20 percent of the 265 miles, it is still double that of the Leaf. Tesla also has a growing (and free to the consumer) infrastructure to recharge. (And you're saving on gasoline.)

Even if the Model 3 is cheaper, and can go around 200 miles per charge, folks will eventually need to replenish the car's juice. Thus far, Tesla has the best supercharging infrastructure: 102 stations, with plans to install superchargers in 80 percent of the nation. It isn't vast, yet, but if more people buy electric cars, there will be no choice but to expand.

Tesla is also getting people excited about this car, while giving itself plenty of time to figure out better (cheaper) battery production to make sure these roll out faster than Model S can. (Currently, if you go to buy a Model S the website says you'll receive your car in October.)

All of this coincides quite nicely with Tesla's earlier release of its patents. A little healthy competition could lead to more innovation, lower production costs and more charging stations.

The winner in all of this might actually be the environment. According to the U.S. Energy Information Administration, "83% of total CO2 emissions by the U.S. transportation sector and 28% of total U.S. energy-related CO2emissions," are from the burning of gasoline and diesel. Basically, over a quarter of carbon dioxide emissions came from automobiles guzzling gasoline and diesel fuel and spewing out a greenhouse gas. Hopefully, with more electric cars, there will be fewer emissions producing vehicles on the road.