If you live in Boston, you'll really want to check this out 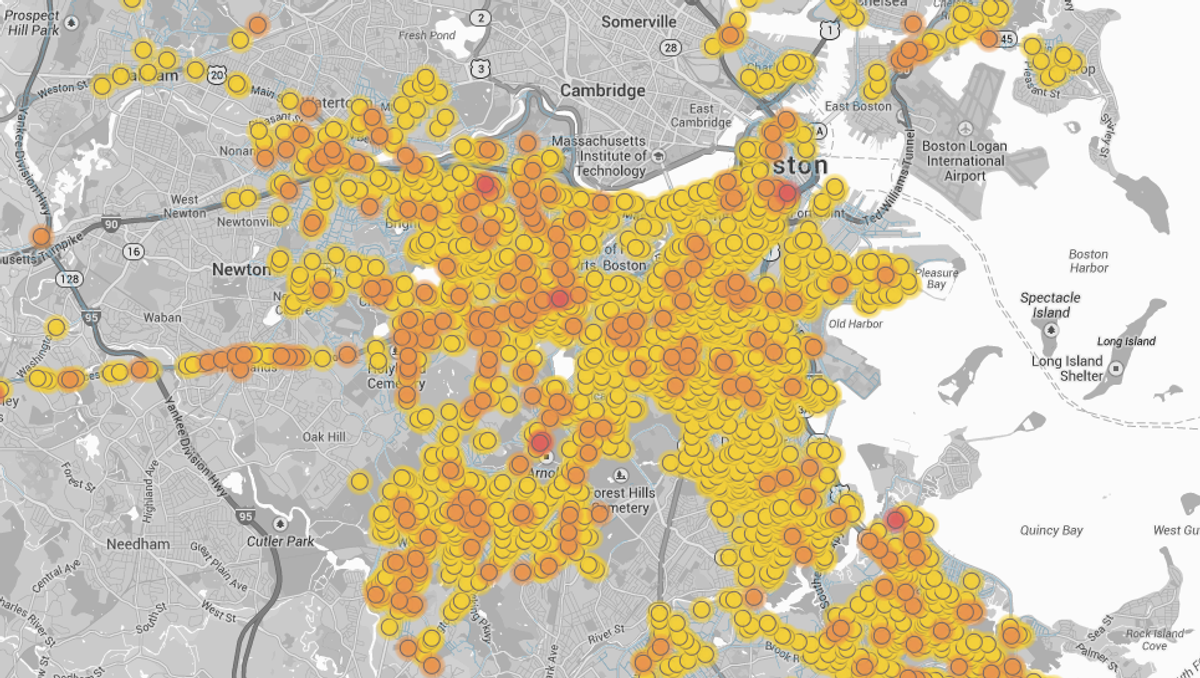 Natural gas leaks, a potentially major contributor to climate change, aren't just a problem near fracking sites. And Google Street View isn't just for exploring. By which I mean to say, Google's now using the sensors and other technology on its Street View cars to pinpoint the location of natural gas leaks beneath the streets of U.S. cities.

The resulting interactive maps are enlightening: check them out here.

The maps, which came about through a collaboration with the Environmental Defense Fund, track thousands of leaks in Boston, Indianapolis and Staten Island, depicting both their precise location and their severity -- something traditional monitoring fails to do. As Sue Fleck, the vice president of pipeline safety and compliance for Boston's gas utility, commented, the maps "give us a level of detail we’ve never had before."

Leaks waste energy and can cause explosions, but the real problem, according to EDF, is their climate impact. Methane is a powerful greenhouse gas: When released into the atmosphere, its impact on climate change is 20 times that of CO2 over a 100-year period. As EDF associate vice president Mark Brownstein explained to Fuel Fix, the maps show how smaller leaks, which can go years before they're patched, add up. They can help us understand just how big an impact natural gas is having on climate change, and hopefully put pressure on utilities to make more repairs.

Boston, with its cast iron pipes dating back to the 1800s, serves as the example of where leaks are definitely a problem; Indianapolis, which uses newer, plastic pipes, has only four leaks throughout the entire city. Which isn't to say that everyone else is off the hook: EDF plans to look at more cities, and other sources of pollution, in the future.