"What the f*ck is wrong with you? These are children!" 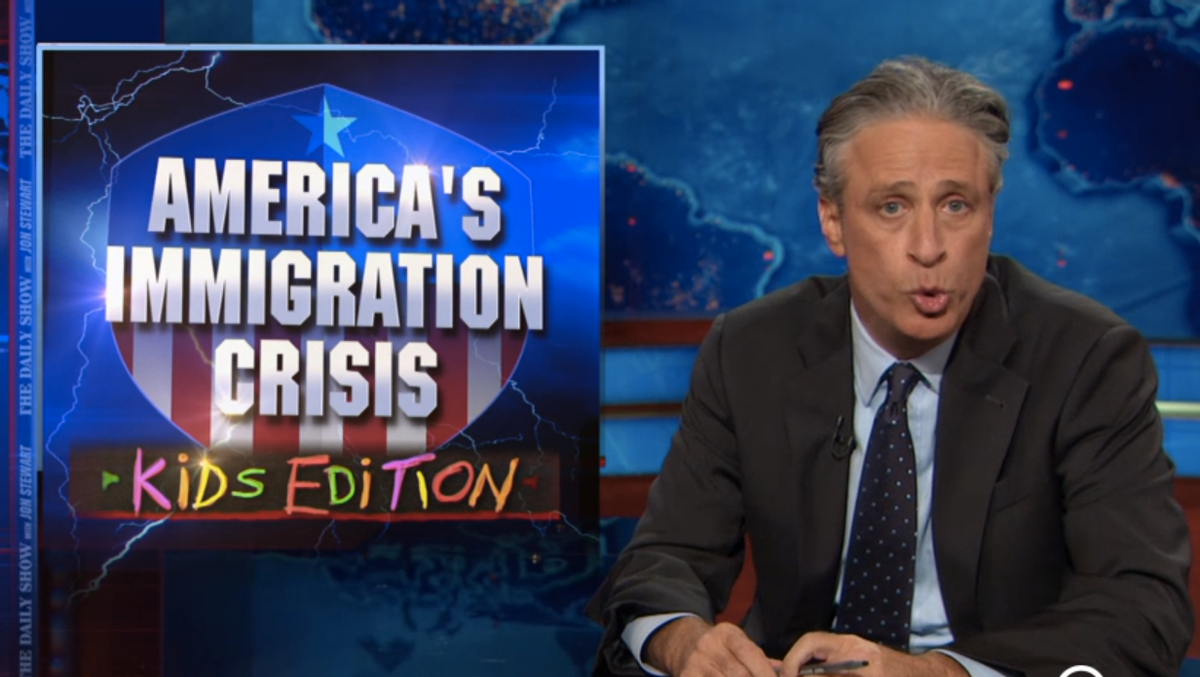 Last night was a big night on "The Daily Show." Jon Stewart interviewed Hillary Clinton -- nearly getting an answer from her about running for president, and a few great laughs.

But first he examined a major issue at hand: the immigration and humanitarian crisis along our southern border. He aptly explained some of the immigration policy adding to this crisis. And why the children coming across are not doing so because of the pathways to citizenship offered to minors by the Obama administration, because those only apply to minors who arrived in the United States before 2007.

Stewart also gamely took aim at the anti-immigration protesters who are screaming at these children "in a language they don't understand."

"What the fuck is wrong with you?" Stewart exclaimed. "These are children!"

Stewart also gutted the politicians making inaccurate comparisons of the crisis to invasions or Hurricane Katrina. Watch below: