Almond milk is kind of a scam

The popular dairy alternative doesn't deserve the love it's getting, Mother Jones argues 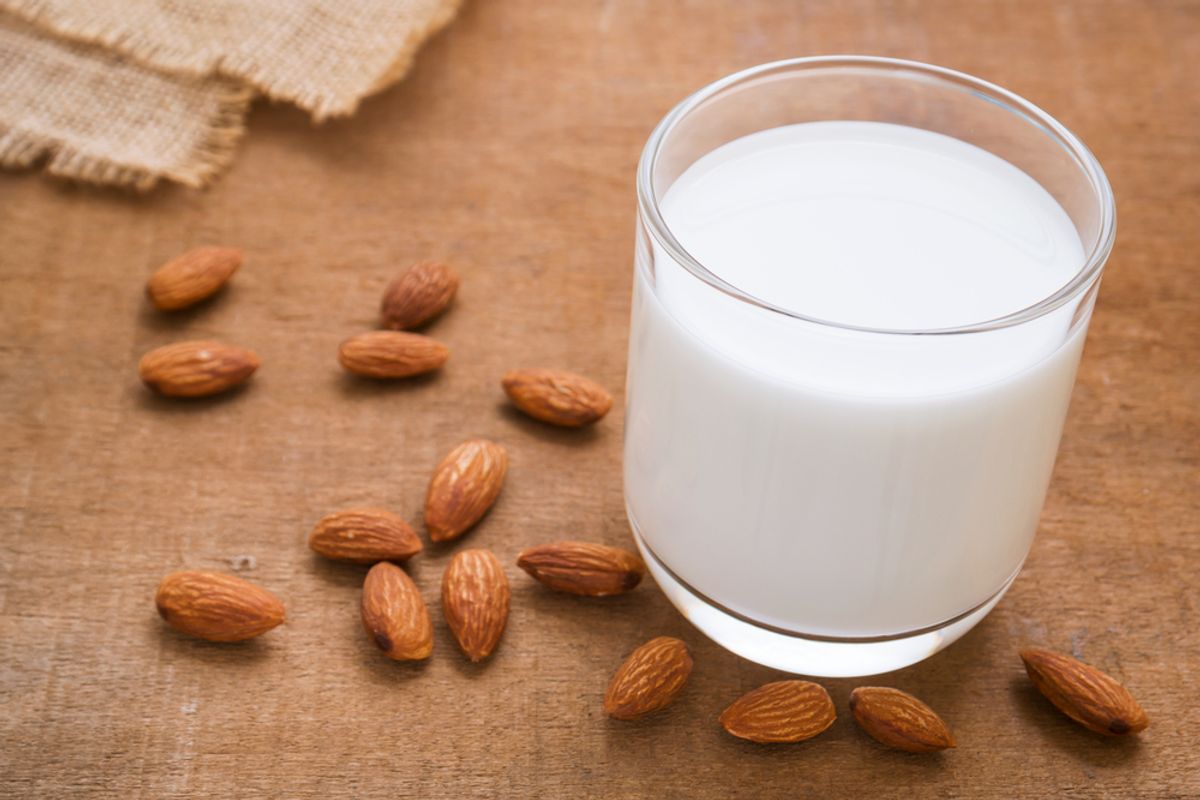 Here's another, less appealing way of thinking about almond milk: "a jug of filtered water clouded by a handful of ground almonds," with some additives thrown in.

A single ounce (28 grams) of almonds—nutrition info here—contains six grams of protein (about an egg's worth), along with three grams of fiber (a medium banana) and 12 grams of monounsaturated and polyunsaturated fats (half an avocado). According to its label, an eight-ounce serving of Califia almond milk offers just one gram each of protein and fiber, and five grams of fat. A bottle of Califia delivers six eight-ounce servings, meaning that a handful of almonds contains as much protein as the mighty jug of this hot-selling beverage.

What this tells you is that the almond-milk industry is selling you a jug of filtered water clouded by a handful of ground almonds. Which leads us to the question of price and profit. The almonds in the photo above are organic, and sold in bulk at my local HEB supermarket for $11.99 per pound; this one-ounce serving set me back about 66 cents. I could have bought nonorganic California almonds for $6.49 per pound, about 39 cents per ounce. That container of Califia, which contains roughly the same number of nonorganic almonds, retails for $3.99.

It's not necessarily healthier than conventional milk, either.

Moreso than the scaminess of the whole thing, though, Philpott points out that almond milk is mostly just a waste of good food -- food that, as he's explored in depth, demands an unusually intensive amount of water to grow. Seeing as how 80 percent of the global harvest comes from drought-stricken California, that has the potential to become a problem.

Other milks have problems of their own, of course: soy milk's been tied, albeit controversially, to certain hormone-related health issues -- that could be one of the reasons, analysts say, that people are switching over to almond milk. And plain old milk, a no-go for people with lactose intolerance, puts a strain on the environment as well: dairy cows blow a considerable amount of the greenhouse gas methane into the atmosphere.

Philpott's conclusion: almond milk enthusiasts (or in his shorthand, "hipsters"), might want to think twice about their cloudy almond water. "I'm not saying your almond milk habit is destroying the planet or ruining your health, or that you should immediately go cold turkey," he cautions. "I just want people to know what they're paying for when they shell out for it."