Enough "oversharing": It's time to retire one of the media's favorite words

Whenever a critic reviews work by a female confessionalist, there's that word again. But what does it really mean? 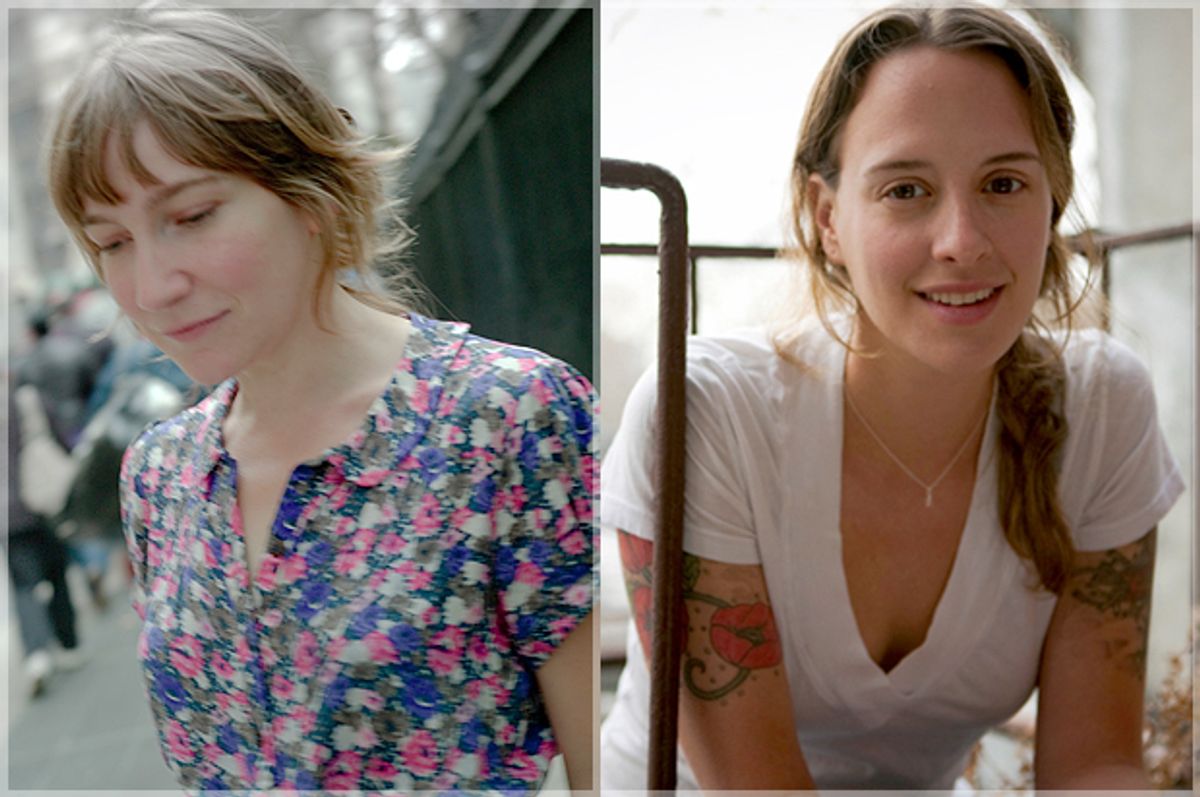 In Michiko Kakutani’s tepid review of Emily Gould’s novel “Friendship,” Kakutani opens: “'Overshare' was chosen by Webster’s New World Dictionary as the 'word of the year' in 2008, and no one overshared more that year than the blogger Emily Gould.”  She then invoked the sniping of anonymous Times commenters to do her dirtiest work, describing Gould as a “snarky little trollop.” Thus Kakutani — maybe accurately, but notably nonetheless — grafts Gould herself onto her “narcissistic, entitled, self-dramatizing” fictional characters.

This mode of criticism, with its quizzical tone and thinly-veiled contempt, is common in pieces about female writers. “Oversharing,” the Times somewhat nervously declared in 2008 in an article titled “Thank You For Oversharing,” “is the default setting in modern American letters.” The word was deployed to characterize the kind of irresponsibly loose-lipped writing done by a generation whose confessional narratives are often produced by women.

The list of women who “overshare” is long: Gould is currently (once again) the media’s sacrificial oversharer, but she’s not alone. The Times has called  Susan Cheever the “Queen of Oversharing.” Gawker wrote in 2011 that Lena Chen’s “oversharing” is little more than youthful “self-absorption,” and even thoughtful essays on Joyce Maynard have wondered if her confessional writing is too reliant on oversharing. There are others, too, who have stood on the altar: Marie Calloway, Kathryn Harrison, Sheila Heti, Laurie Penny and nearly any woman who writes about motherhood (to name just a few) get slapped with the “overshare” label.

These are all, of course, women who write about their personal lives, examining human relations, morality, sex and the self though an intensely personal lens. And some of these writers are very much deserving of critical skepticism. But the word “overshare” has become a too-easy signifier of a certain kind of self-exposure -- and a weirdly gendered one. The label often seems designed to patrol the boundaries of female confessional writing; to level the accusation that a woman overshares is to indicate that she has crossed some invisible boundary of “acceptable” material.

Men who expose their personal lives online are rarely given the "oversharerer" moniker. Take Hugo Schwyzer, a troubled "male feminist" whose profanity-laced flameout on the internet briefly captivated the media. A long piece in LA Magazine described Schwyzer as, among other things, "a skilled writer" with "an eye for buzzworthy topics," but never a mention of his "oversharing." And yet when women sit down to write about topics like sex and drugs and mental health, we question if they truly understand their own body, whether or not they have full control over their own narratives. The accusation of “oversharing” seems to stem from this very lack of artistic authority. And the accusation usually manifests itself in two separate, yet intertwined criticisms. On one side is a kind of concerned paternalism suggesting that the young, female author is too naïve to know better. Writing about Calloway’s fictional account of her sexual liaison with an older man, one writer bared his concern by suggesting, “It does no favors to young female writers to convince them that they are courageous voices … for dedicating their talents to writing stories that are received as lurid, not literary.”

In her essay “Professions for Women,” Virginia Woolf called these socially-constructed boundaries a “phantom.” “Had I not killed her,” Woolf wrote of her personal phantom, “she would have killed me. She would have plucked the heart out of my writing.” Woolf’s murderous phantom was a poet’s invention of a woman -- the poet Coventry Patmore had longingly written in “The Angel in the House” of an ideal woman who was the embodiment of Victorian domesticity: a sacrificial wife and mother who, according to Woolf, “never had a mind or wish of her own, but preferred to sympathize always with the minds and wishes of others.” Patmore’s Angel was near tongueless; having little to say, she conciliatorily echoed the thoughts of the great man she loved. And this angelic phantom haunted Woolf, whispering in her ear that instead of shocking and offending readers she should put down her pen. This was the phantom Woolf slew so that she could tell “the truth about my own experiences as a body.”

I have been thinking about Woolf’s essay, now nearly eighty-five years old, as it seems particularly prescient now. Woolf’s elegant turn of phrase, “my own experiences as a body,” seems to conjure up the very essence of confessional writing: the construction of self through family, friendships and sex.

It’s hard to pinpoint exactly why we’re so quick to dismiss women who write about their personal lives. In part, it seems that women’s “oversharing” — their intimate, confessional writing — elevates the kind of social issues that take a back seat in so-called objective writing.

Maybe this is why Sheila Heti’s “How Should a Person Be?” has proven so challenging. The painstaking semi-autobiographical novel probes the very culturally charged issues that surround women’s confessionals. Heti’s often prosaically rendered life was, apparently, so politically radical that it left the London Review of Books wondering if its “woman-centredness” hinted at feminism’s dirty secret: “that feminists might be feminists because they are supremely interested in themselves, even if that interest is in the shape of self-doubt.”

This isn’t to suggest, of course, that confessional women shouldn’t be subject to the rigors of criticism. Rather, it’s because their voices present such a challenge that we should be a bit more careful with how we label them. Woolf’s phantom is harder to see now — tired, no doubt, from decades of haunting, she has adapted and reconstituted — but she's still haunting.