Good-bye, Elaine Stritch: Why every fan should watch her "30 Rock" episodes 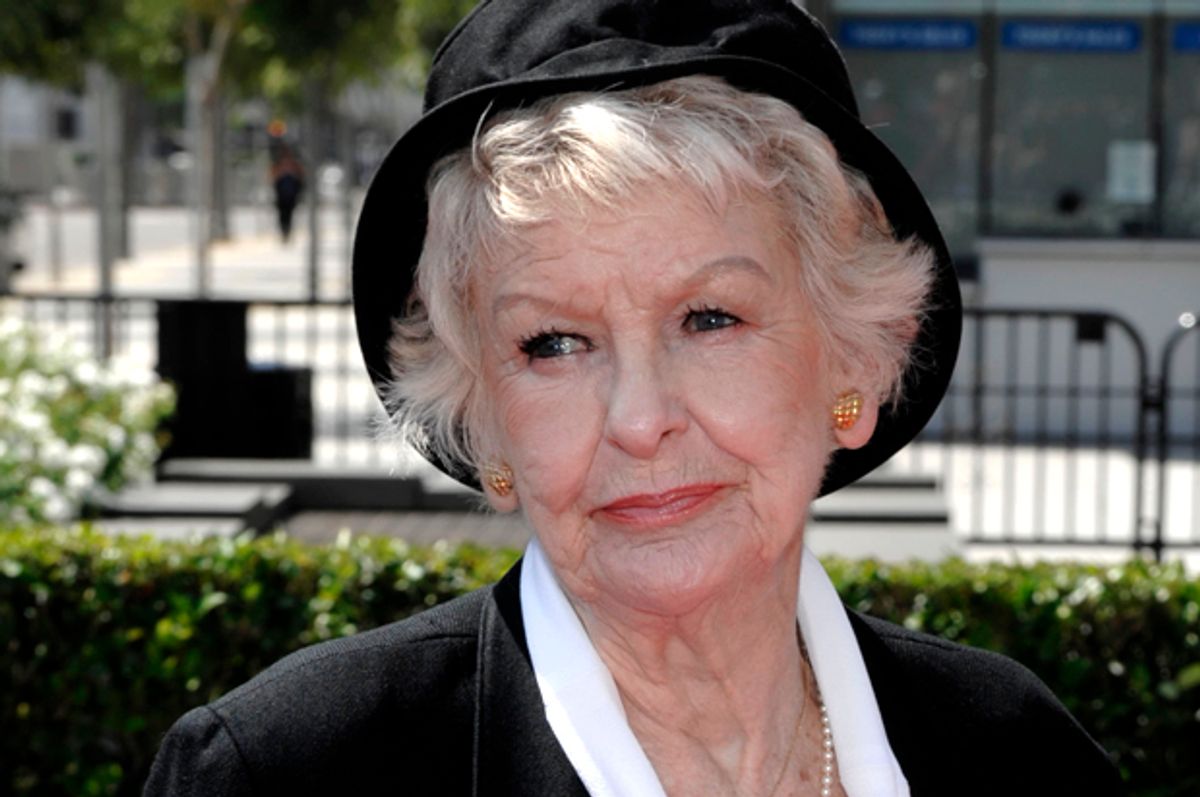 The news of Elaine Stritch's death today has brought out all manner of reminiscences -- her iconic take on Sondheim's "The Ladies Who Lunch," her later triumphs with the one-woman stage show "At Liberty" or her recent documentary encompassing her career and her recent move out of her beloved New York. Stritch's acerbic nature and her sharp wit didn't conceal, at all, her love of performing; indeed, she came to seem like one of Manhattan's archetypal characters, the hard-edged doyenne with a core of enthusiasm and energy.

And Stritch generously allowed a new generation of fans to discover her with her recurring role on "30 Rock." Her performance, as Jack Donaghy's mother Colleen, was more instantly accessible than her Broadway turns, and not least because it was airing in network prime-time as opposed to a cast album. Colleen entered the established world of "30 Rock" seamlessly -- her son's need to be the best instantly made sense when we saw how hard-charging and derisive she was.

Her appearances on the show fell into a comforting formula: Everyone would run for cover upon hearing that she was heading to New York, and then her arrival would be come with a put-down for everyone in her path, most especially Jack (played by Alec Baldwin). Stritch was a natural at commanding the screen and at seeming intimidating; though she was but a guest, she immediately made the show entirely about her in a way few performers could. Her lines were more often bellowed than spoken, except when she got spookily quiet. It was funny when it wasn't almost upsetting in its psychological realism.

Though Colleen was never entirely a gorgon, her later appearances really showed off just how diverse a palette Stritch was working with; Colleen (who died in the final season) came across less and less as a harridan bent on criticizing Jack and more and more like a mother who didn't quite know how to express love without tossing in a little acidity. Her attempts to get Jack's attention in the final-season episode "My Whole Life is Thunder" have something more to them than mere motherly nagging; she's desperate for her son's affection despite having spent all her previous appearances bullying him, and she can't seem to break free of her hectoring tone. When, later in that episode, the characters hold a funeral for Colleen, the show's saying goodbye to one of its best-drawn characters.

"30 Rock," though it earned Stritch an Emmy and four additional Emmy nominations, is not the work for which Stritch will be best-remembered. But it's worth pointing to as a jumping-off-point for potential fans with a Netflix account, both to get a taste of Stritch's style and to be inspired by the ease with which Stritch reinvented her career late in life. She'd always moved with some ease between stage and screen, but taking a cult-y sitcom by the throat and making it bend to her will, where a lesser actress would have read the lines as written and still been fine, was a feat only Stritch, perhaps, could have pulled off.