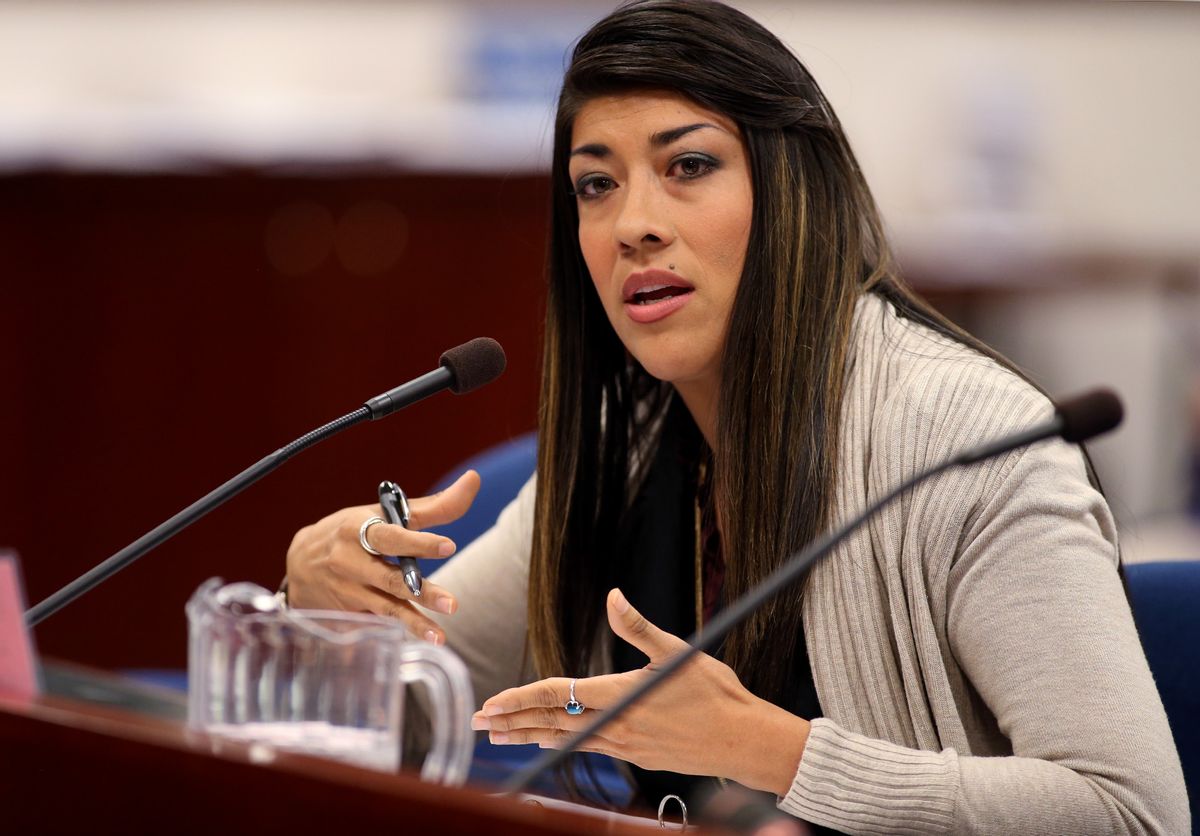 Lucy Flores, a Democratic member of the Nevada State Assembly and candidate for lieutenant governor, made waves recently when she shared the story of her abortion at age 16, as part of her testimony supporting of a bill to expand school health programs across her state. While Flores has been lauded for fearlessly disclosing her abortion experience in a public setting, she's also received critical backlash for speaking out. Instead of simply ignoring negative commentary, Flores is addressing her critics head-on, defending her decision to have an abortion and to share her story.

In an interview with HuffPost Live, Flores explained the difficulties that led to her decision to have an abortion, and said she still feels secure in her choice:

I had a lot of trouble when I was a kid. I didn't have a lot of support. My mom left my family when I was 9, so I didn't have any female role models or female intervention or guidance, and I just kind of made my way through life as best I could. Clearly I was not making good decisions. ... [But] I knew that I wanted to do something different and I knew that I wanted to be successful in life, I just didn't quite know how to get there. Of course, getting to that point -- where I was pregnant and all of my sisters had been young, teenage mothers -- I saw the difficulties that they went through, and I just knew that I needed to figure something out in order to give myself the best chance at life.

As for her political ambitions, Flores says her motivation is public advocacy -- and making sure that other young women in her community from having to make the same difficult choice:

It was a difficult, difficult decision, but it was the right one. For me, it was important to be clear that it was the right decision, that I was not ashamed of that decision. ... This is exactly what I was reflecting on at the time when I was trying to achieve something at the policy level so that we could try to prevent other young people from having to be in that moment [facing an unwanted pregnancy]. If we just ... empower our kids and young people so they're properly educated, so they can make better decisions for themselves, so they don't have to be in the same position that I was in -- that's what I came here to do. ... That's why I decided to go ahead and give that testimony. It was for others not to have to experience that difficulty that I did.

Watch the rest of Flores's interview below: