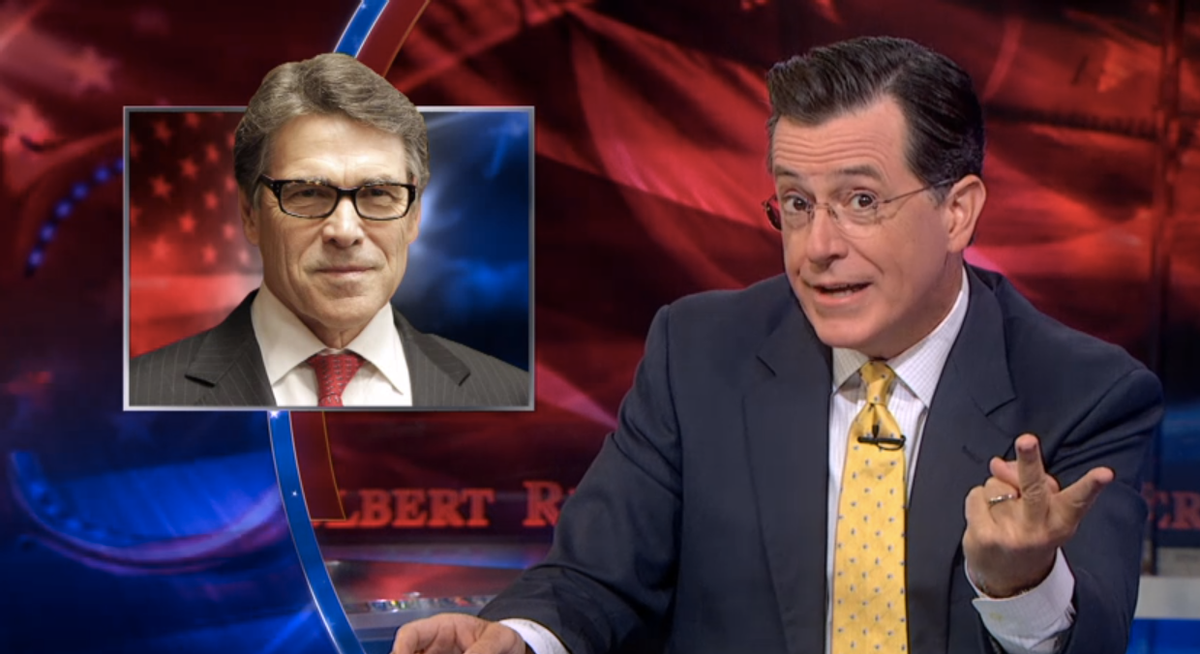 Last night on "The Colbert Report," Stephen Colbert took a look at the different flavors, if you will, of 2016 candidate. For the Democrats, it looks like the option is Hillary Clinton. But on the Republican side, there's a buffet of options. Curly fries, beef patty, mild salsa, milder salsa and leftovers. (I'll let you piece together who is who.)

But Colbert's favorite potential 2016 candidate? "Texas governor, and cartoon of a Texas governor, Rick Perry." And he has more faith in the failed 2012 candidate because of his new look: glasses, and black loafers. Yes, the Texas man has given up his cowboy boots. Watch below: