Stephen Colbert accuses Mayor de Blasio of ferrying the city back to the '80s: "Squeegee men and the rampant crime"

The two discussed the growing inequality plaguing the city 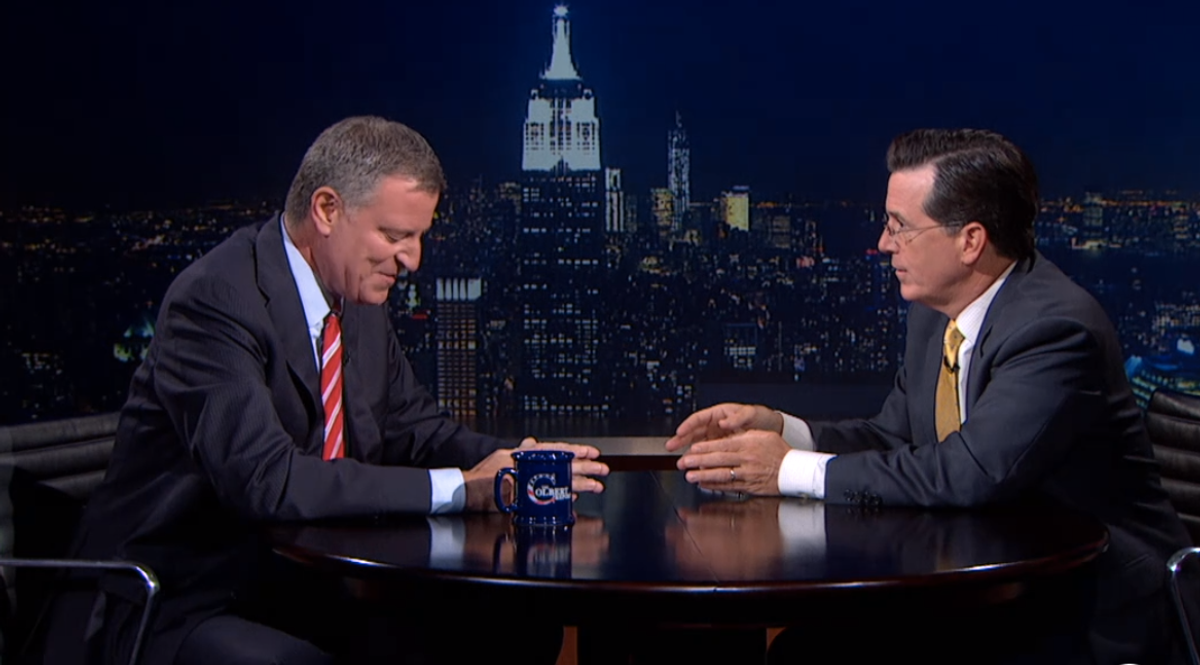 It all started with a tweet: ".@BillDeBlasio I demand you come on my show! Stop dodging me, Mr. Mayor!" And ended with New York City Mayor Bill de Blasio appearing on Wednesday's "The Colbert Report."

Though the interview was mild (nobody could accuse Colbert of "bullying") compared to Jon Stewart's Tuesday night interview of Hillary Clinton, it did pack a few punches -- and some great jokes.

Mayor de Blasio discussed inequality, the importance of education and his plan to tax the wealthy to pay for preschool. Colbert explained to him that maybe the wealthy like the status quo, and helpfully revealed that wealthy peoples' buckets were nearly to the point of overflowing -- allowing a trickle-down to the poor.

Mayor de Blasio was on his talking points, but Colbert did manage to squeeze in a few jabs. Watch below: