The drink's powerful properties have been shown to relieve stress, boost mental clarity and aid in digestion 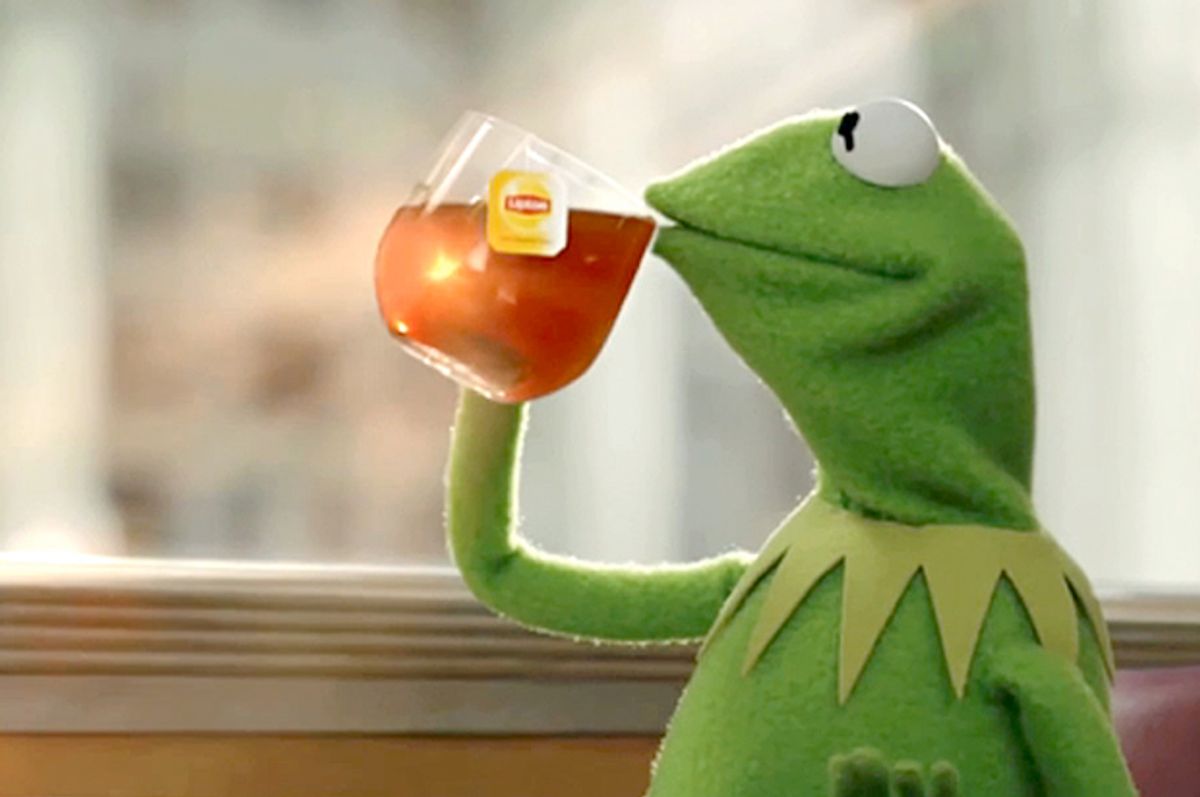 While some swear by the aromatic, medicinal nature of tea, studies now suggest that tea can help improve quality of life, promote longevity, and help with many illnesses and health conditions.

The idea that tea is good for you originated in China over 4,000 years ago, and word quickly spread to Portugal, India and Britain. Over the last decade, the health advantages of various teas have even garnered interest among researchers. Today, tea is offered in a diverse range of flavors and is brewed with many combinations of herbs and plants. With stress inhibiting substances, cancer-fighting properties, and disease-fighting flavonoids, the medicinal benefits of tea are worth investigating and pursuing.

Over the years, tea has been used to promote overall health and well-being. The antioxidants in tea have been found to help fight against a number of illnesses including cancers of the liver, breast and colon. According to the National Cancer Institute, tea is composed of polyphenols, a group of plant chemicals that includes catechins. Catechins are believed to contribute to the many health benefits attributed to tea. Recent studies suggest that green tea may help reduce cardiovascular risks, promote oral health, reduce blood pressure, help with weight control, act as an antibacterial agent, provide protection from harmful UV radiation and help improve skin quality.  Depending on how often you drink tea and your intent in using herbs in tea, the various benefits of tea can empower individuals to mitigate certain health conditions.

Tea generally has less caffeine than coffee, which according to some nutritionists is healthier. The idea of attenuation—the gradual loss of intensity—occurs when the intake of caffeine is high. In other words, the more caffeine you pump into your body, the less effect it may have. As a general rule of thumb, it’s best not to exceed 400 milligrams (mg) of caffeine in a day for most healthy adults. Typically, an 8-ounce caffeinated tea drink (green and black) has between 14 to 70 mg of caffeine. But an 8-ounce caffeinated coffee drink can contain 27 to 200 mg of caffeine, with each shot of espresso containing approximately 65 mg. While it may seem like more caffeine will give you a greater energy boost, it’s not always the case, especially if you’re a regular caffeine drinker.

Many people look to tea to relieve stress and anxiety. One of the advantages to drinking tea is that it can produce a rejuvenation effect many people interpret as a form of relaxation. Relaxation doesn’t necessarily have to imply sleepiness or drowsiness. For example, Ashwagandha is a potent herb that helps calm nerves. Many people find it beneficial to use Ashwagandha as an herbal medicine in tea. Because of its adaptogenic substances that may help the body fight against stress and anxiety triggers.

According to scientific studies, Ashwagandha protected against stress-induced gastric ulcers, had an anti-tumor effect in animal studies and improved memory in children and the elderly. These results are mainly due to the herb’s anxiolytic (anti-anxiety) effects, and its competencies in improving energy levels and mitochondrial health. The research further recounts that Ashwagandha has anti-inflammatory and anti-arthritic properties which was useful in health-related cases of rheumatoid athritis and osteoarthritis.

Siberian ginseng tea may also help in reducing stress and anxiety. The University of Maryland Medical Center notes that Siberian ginseng, also known as eleuthero, is widely used in Russia as an adaptogen, a substance that helps the body relieve mental or physical stress.

Tea has been known to have robust effects on the digestive system. Ginger tea decreases intestinal gas and relieves flatulence. With high levels of vitamin C and magnesium, ginger-infused tea has many other digestion benefits including the relief of nausea and inflammation reduction. Studies have even indicated that pregnancy-related and chemotherapy nausea can be relieved with ginger intake.

Other teas that may help in relieving digestive problems include peppermint, chamomile and lemon balm.

The gotu kola herb commonly used in tea drinks has been shown to improve mental clarity in dynamic ways. The plant is a member of the parsley family and is native to India, Japan, China, Indonesia, South Africa, Sri Lanka, and the South Pacific. Gotu kola is regarded as a healing remedy for illnesses including dementia, venous insufficiency and varicose veins, and skin lesions. It's believed to improve how the brain retains information and is often viewed as a brain enhancer. While scientific research in the specific area is limited, the plant is prized for its anti-anxiety agents and mental balancing properties. There are several negative side-effects that accompany the herb, especially with long-term use, so it’s crucial that consumers are aware of them before reaping the alleged benefits of gotu kola tea.

The beneficial effects of tea continue to provoke interest among researchers and tea drinkers alike. Remember that when you’re brewing your own tea you can combine multiple teas to find the right flavor and medicinal mix. At the very least, incorporating tea into our daily intake with other beverages will bolster our overall health, and may provide new insights into how our bodies interact with such vigorous health perks.

Andreea Nica is a freelance writer, media strategist and budding scholar. She is writing her first book, Freeligious™, and has freelanced for Ms. Magazine, HuffPost, AlterNet, Sociologists for Women in Society, Feminism and Religion, among others. Andreea is currently pursuing her Ph.D. in sociology with research interests in gender inequality, religion and immigration.