The great disruptor disrupts itself. Kindle Unlimited is a great deal for consumers, but what about everyone else? 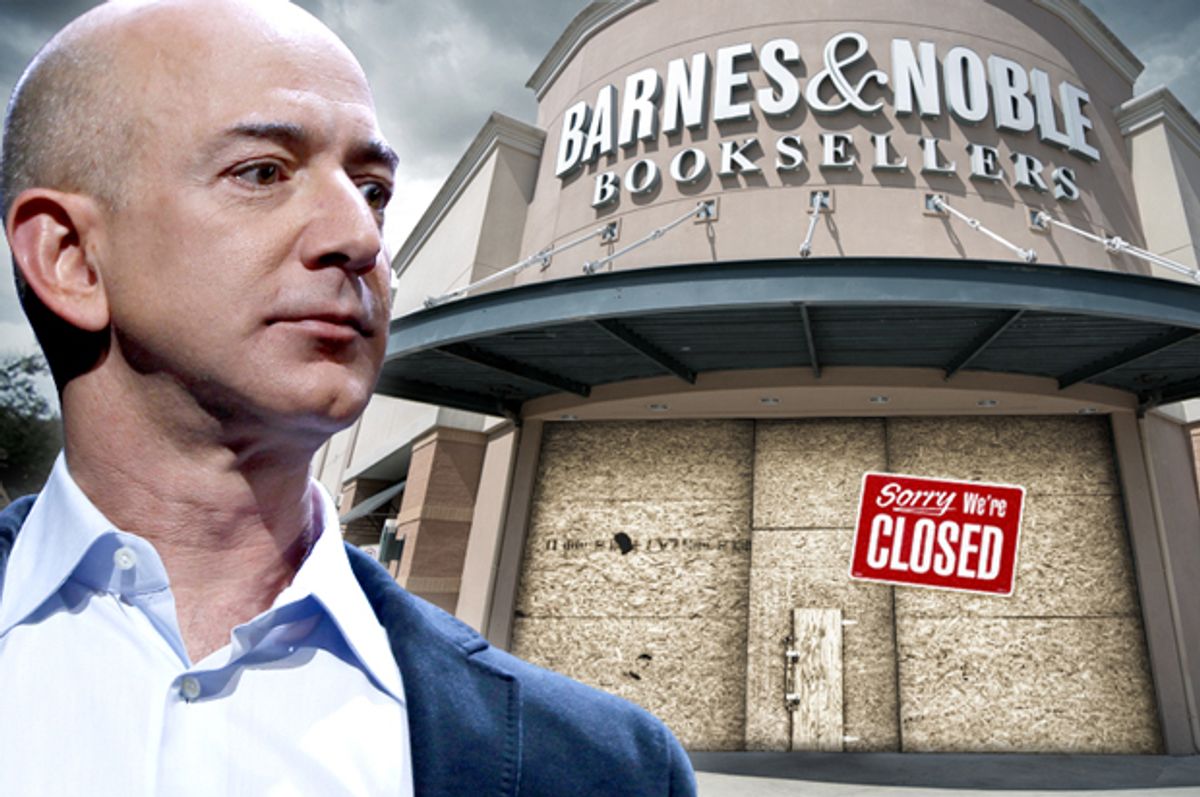 So it's come to this. Amazon, the great disruptor of the publishing industry, is now disrupting itself. Because one way to look at Kindle Unlimited, Amazon's new $9.99-a-month all-you-can-eat e-book service, is as an attack on Amazon's own business model. For the heaviest consumers of Amazon's e-books, 10 bucks a month for access to 600,000 titles (a number that is sure to grow) likely represents clear savings. So Amazon is taking the chance that it could disembowel a source of its own revenue. Give Jeff Bezos credit: He stays true to his own course.

The program represents yet another win for consumers -- especially those of us who buy more books that we can ever read, and despise the guilty feelings inspired by the sight of stacked-up volumes on the bedside table. It's a market already targeted by a couple of other startups, Scribd, and Oyster, the so-called "Netflix for books." It marks the further consolidation of a clear trend: Netflix-Spotify-Kindle Unlimited -- our entire entertainment culture is becoming subscription-based and all-digital.

But how the economics will work for writers, booksellers and old-school publishers is a much murkier question. Retail booksellers are obviously alarmed -- anything that makes it even more convenient and cheap for readers to gobble up e-books is another knife in the back of the indies and the remaining brick-and-mortar Barnes & Noble outlets.

Publishers, at least so far, seem unenthusiastic. The New York Times reports that at least three of the "big 5" -- Simon & Schuster, HarperCollins and Penguin Random House -- are not participating. It's not hard to see why -- the success of Kindle Unlimited would be just one more way for Amazon to gain even more leverage over the established publishing industry.

As for writers -- exactly how they will be compensated under Kindle Unlimited is a bit mysterious. Amazon's preexisting Kindle Loan Library creates a general fund in which writers get a "share" of the total, based on how many readers they attract. How big that share could get, and what kind of cut Amazon takes, is unclear.

Ultimately, assessing the overall impact of Kindle Unlimited on the publishing ecology comes down to one question: Does the service create more revenue for all parties to share than the previous status quo, or less? This is the promise that we hear from the advocates of streaming music services -- that eventually so many people will be on the hook for monthly subscription fees that the total revenue for the music industry will match or eclipse its pre-disruption peak. But we're certainly not close to that point yet -- and in the short term, songwriters have documented that the income from streaming is a fraction of what they enjoyed from direct downloads or physical CD sales.

By setting up its own "Netflix for books," Amazon is aggressively challenging the nascent startups that might threaten its existing dominance over the e-book market. That's probably wise for Amazon. It can't be a good week for Oyster. But unless the all-you-can-eat plan lures in enough readers who aren't actually all that hungry, it's not so obvious that Kindle Unlimited is a long-term win for the larger industry.

But it could be an awesome gift for your kid headed to college...