The first such action in five years follows more than 2,000 air strikes 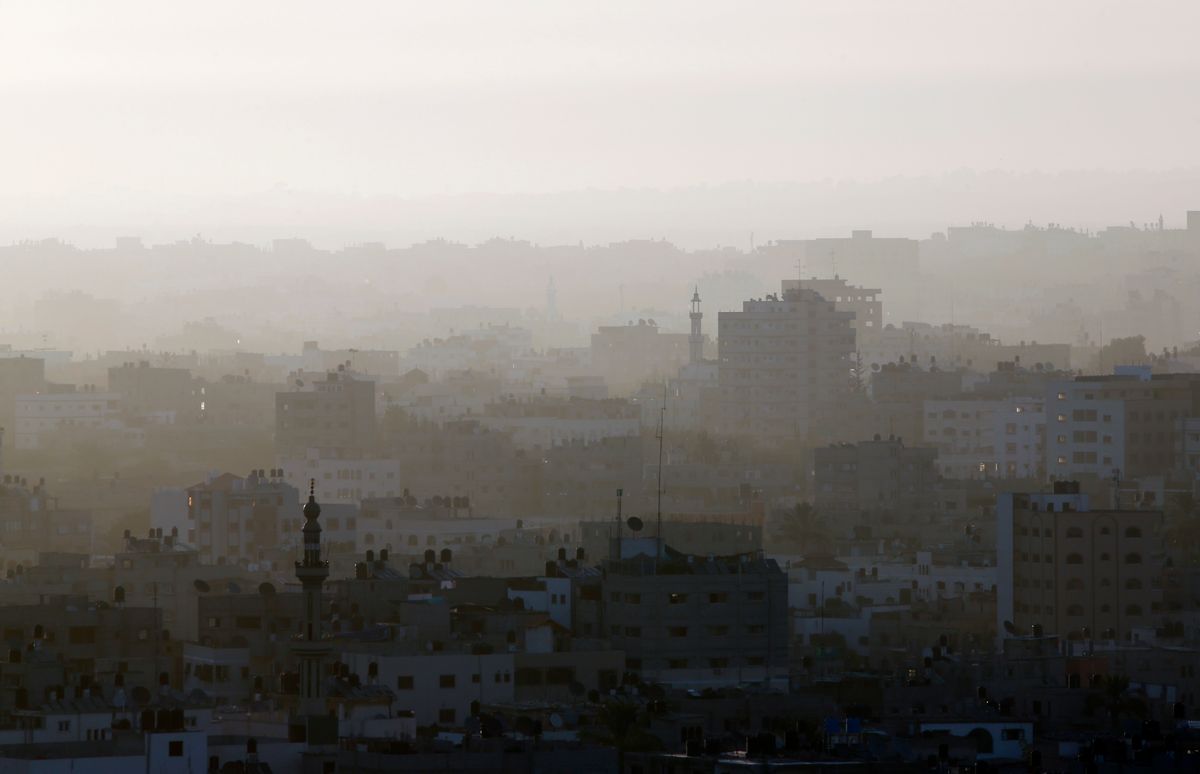 Israel launched the operation late Thursday, following a 10-day campaign of more than 2,000 air strikes against Gaza that had failed to halt relentless Hamas rocket fire on Israeli cities.

Israel had been reticent about launching a ground offensive for fear of endangering its own soldiers and drawing international condemnation over mounting Palestinian civilian deaths.

It remains unclear how long the offensive will last and what Israel's eventual goal may be — other than its stated goal of stopping the rocket attacks.

Israeli leaders have said the aim is to weaken Hamas militarily and have not addressed the possibility of driving the Islamic militants from power.

Hamas has survived Israeli offensives in the past, including a major three-week ground operation in January 2009 from which it emerged militarily weaker, but in each case it recovered. The groups controls an arsenal of thousands of rockets, some long range and powerful, and it hs built a system of underground bunkers.

But Hamas is weaker now than it was during the previous two offensives — from 2008-9 and 2012 — with little international or even regional support , even among traditional Gaza supporters Turkey and the Gulf-state of Qatar.

French Foreign Minister Laurent Fabius was travelling Friday to Egypt, Jordan and Israel as part of a diplomatic push to stop the fighting in Gaza.

He said in a statement that he wants a cease-fire and lasting truce "that responds to Israel's security needs and Palestinian economic needs."

The operation may be its best opportunity for Israel to rid the strip of the group — which much of the world considers to be a terrorist organization.

But an operation that last weeks could take a heavy toll in both casualties and cost, and most Israelis has no wish to retake Gaza, which the country effectively gave up in 2005.

Egypt supports a ceasefire, but not Hamas or its conditions, which include a lifting to the siege of Gaza and completely open borders into the Sinai — where Egypt is already fighting Islamic extremists.

Israeli defense officials said soldiers faced little resistance during the first night of the ground operation, but the longer the military keeps a presence in Gaza, the greater the risk for heavy casualties on both sides.

Forces are expected to spend a day or two staking ground and are working in the north, east and south of the Gaza Strip. Then, they are expected to move to the second phase, which is to destroy tunnels, an operation that could take up to two weeks.

After thousands of troops had been on standby for several days, Israeli Prime Minister Benjamin Netanyahu said he ordered the military to prepare for a "significant expansion" of the ground offensive.

"Since it is not possible to deal with the tunnels only from the air, our soldiers are doing it also from the ground," he said before a special Cabinet meeting in Tel Aviv.

"We chose to begin this operation after the other options were exhausted and with the understanding that without the operation the price we will pay can be very high."

Throughout the night, the thud of tank shells echoed across Gaza, often just a few seconds apart. Several explosions from Israeli missile strikes shook high-rise buildings in central Gaza City and sent pillars of smoke into the sky.

The wounded were rushed to Gaza's main Shifa Hospital, including several members of the same family struck by shrapnel from tank shells. Among those hurt were a toddler and a boy of elementary school age, their bodies pocked by small bloody wounds.

Gaza health officials said at least 20 Palestinians have been killed since the ground operation began, including three teenage siblings killed by shrapnel from a tank shell attack. At the morgue, one of the victim's faces was blackened by soot and he and his siblings were each wrapped in a white burial shroud.

The Israeli military said it killed 17 militants in different exchanges of fire, while 13 were captured after surrendering. It was not immediately clear if the militants were among the casualties reported by Gaza authorities.

"The ground offensive does not scare us and we pledge to drown the occupation army in Gaza mud," Hamas spokesman Sami Abu Zuhri said in a statement.

The Israeli military said one soldier was killed in the northern Gaza Strip, the first Israeli casualty among troops. The circumstances behind the death of Staff Sgt. Eitan Barak, 20, were not immediately clear, with Hamas' military wing saying it ambushed Israeli units in the northern town of Beit Lahiya and caused casualties but Israeli media saying it was likely a case of friendly fire.

Tanks, infantry and engineering forces were operating inside the coastal strip. The military said it targeted rocket launchers, tunnels and more than 100 other targets, and that a number of soldiers were wounded throughout the night.

Since the July 8 start of the air campaign, more than 260 Palestinians have been killed and more than 2,000 wounded, Palestinian health officials said. In Israel, one civilian died and several were wounded.

Israeli public opinion appears to strongly support the offensive after days of unrelenting rocket fire from Gaza and years of southern Israeli residents living under the threat. Gaza militants have fired more than 1,500 rockets at Israel over the past 11 days.

Israel said it launched an open-ended assault on several fronts, with the primary aim being to destroy underground tunnels into Israel built by Hamas that could be used to carry out attacks.

On Thursday, 13 heavily armed Hamas militants tried to sneak in through such a tunnel, but were stopped by an airstrike after they emerged some 250 meters (820 feet) inside Israel.

Prior to the Israeli Cabinet meeting, several ministers said they expected a prolonged offensive.

"We need to go in and finish the job. We need to eliminate every terrorist. They have no immunity." said Uri Ariel, a Cabinet minister from the hard-line Jewish Home party.