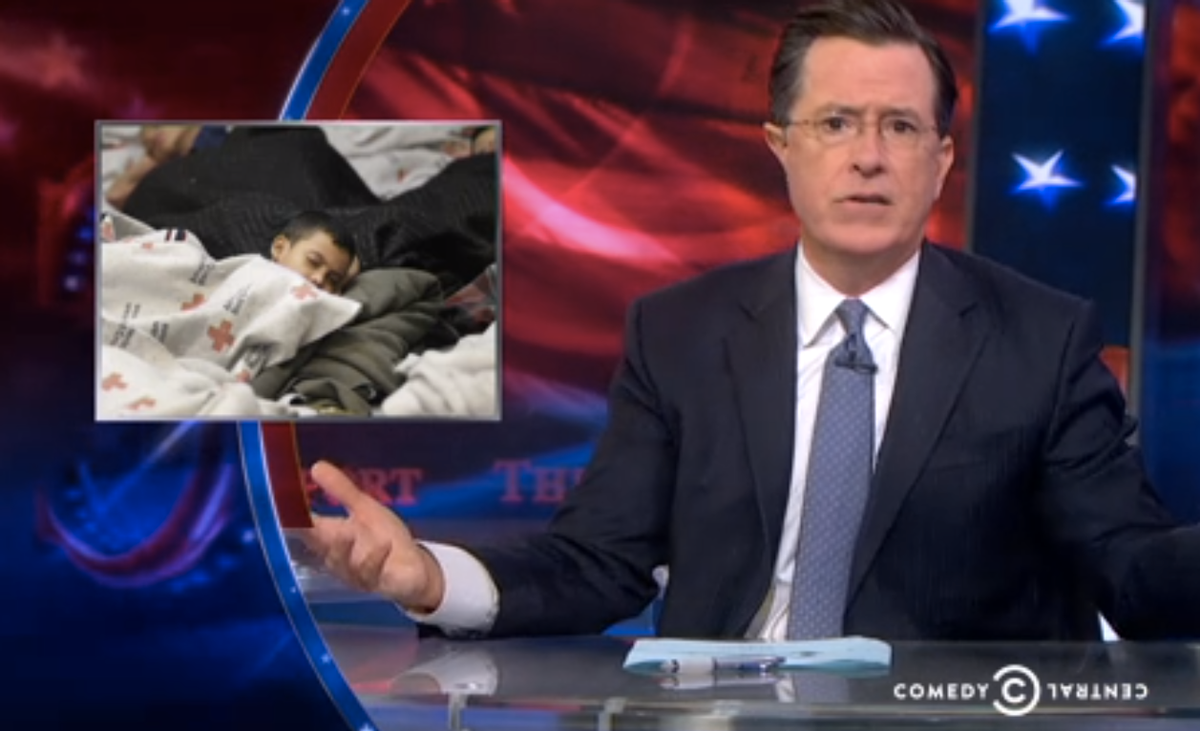 Stephen Colbert detects just a hint of irony in the conservative media's treatment of the thousands of Central American children crossing the U.S. border, which goes something like this: “This is a clear humanitarian crisis, and I want to be clear about something: I am a human. I am not a monster. And I care for these kids so very publicly.”

"They're not all vicious killers," Colbert's characterization of conservatives' thinly veiled xenophobic hysteria continued. "Some of them are merely filthy disease characters." Others, of course, are summer campers, and Colbert couldn't resist going after Arizona state Rep. Adam Kwasman, who chased down a YMCA bus under the mistaken assumption that it contained child migrants.

“I for one never trust campers," Colbert admitted. "Think about it: They’re sent to remote locations, where they are trained to use deadly weapons so they can capture our flags."

As for Fox News' Laura Ingraham's insistance that she "love[s] the Latin American people”? “It’s a tough love,” Colbert explained, “or a very soft hate."

"But remember the old saying: ‘If you love something, let it go. If it comes back, send heavily armed troops to scare it away.’”