Malaysia Airlines update: Everything we know about the plane shot down in Ukraine

Updates about Malaysia Airlines flight MH17, which was shot down on the border of Ukraine and Russia 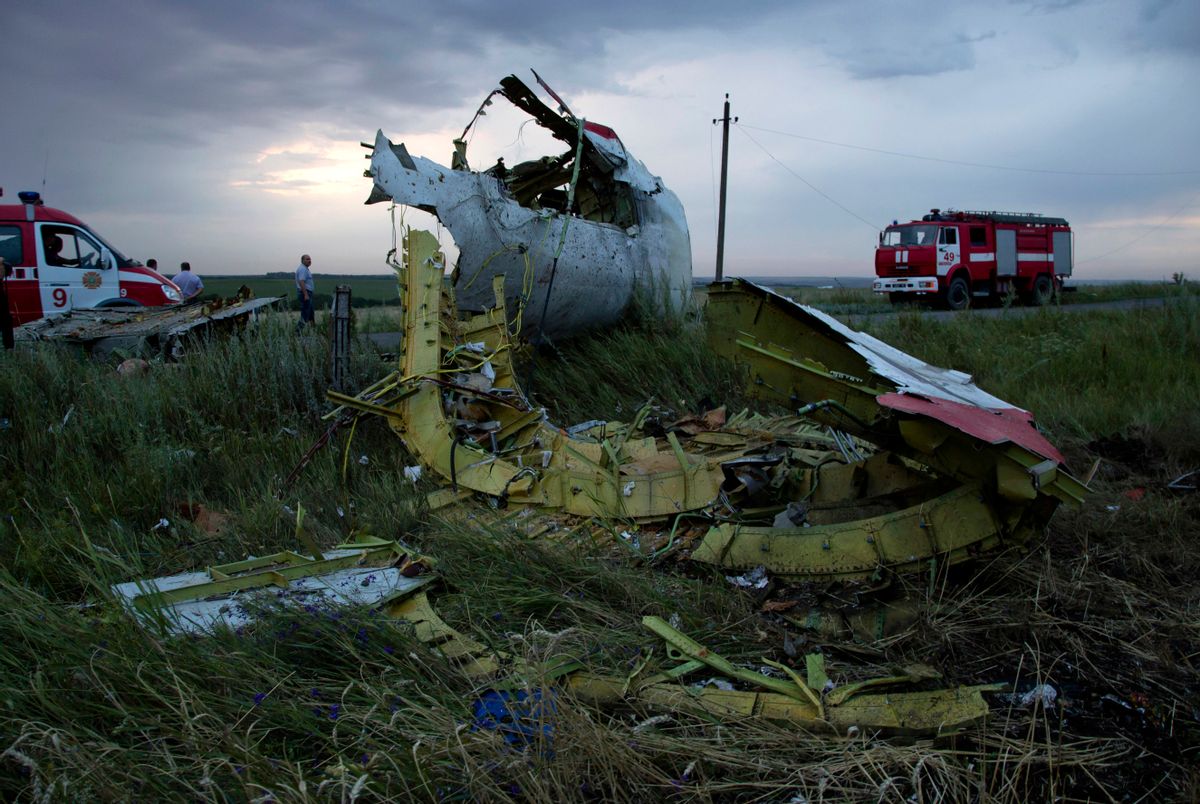 Fire engines arrive at the crash site of a passenger plane near the village of Hrabove, Ukraine, as the sun sets Thursday, July 17, 2014. Ukraine said a passenger plane carrying 295 people was shot down Thursday as it flew over the country, and both the government and the pro-Russia separatists fighting in the region denied any responsibility for downing the plane. ((AP Photo/Dmitry Lovetsky))
--

On July 17, Malaysia Airlines flight MH17, en route from Amsterdam to Kuala Lumpur, was hit with a surface-to-air missile and fell from the sky in Ukraine, close to the Russian border. The Boeing 777 was carrying 283 passengers -- three infants -- and 15 crew members. All were said to have perished.

The downing of this commercial flight has sparked many unanswered questions, and escalated tensions in a region of the world gripped with sectarian violence. Russia and Ukraine have been locked in a deadly conflict since Ukrainian protestors ousted their previous pro-Russia leader, and Russia annexed the Crimea region. Pro-Russian rebels control areas near the border -- including where the plane landed -- and the United States believes that 12,000 Russian troops are stationed along the Russia-Ukraine border. The day prior to the crash, July 16, President Obama announced even more stringent sanctions against Russia.

Here is what we know about the crash:

*A previous version of this article restated the spurious rumor that there were 100s of AIDS researchers on board. That number is incorrect.