El Niño may not be able to save California 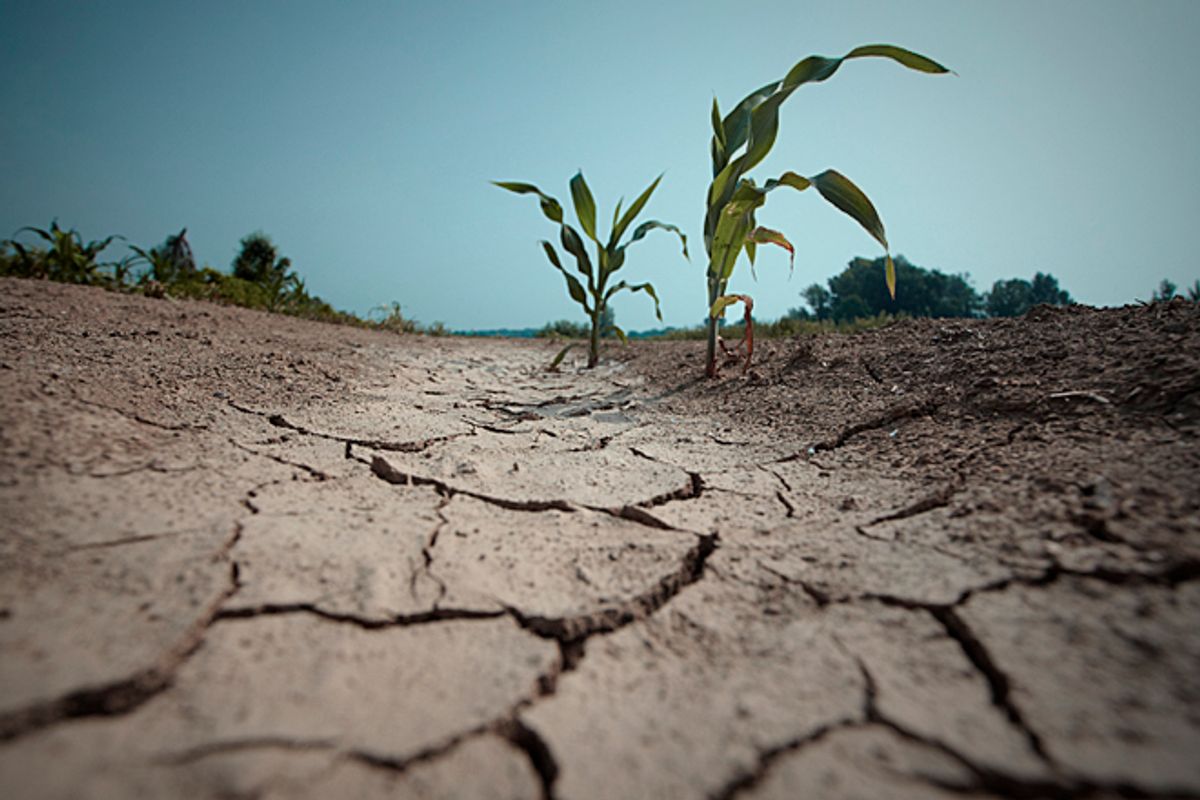 Meanwhile, hopes that the drought would break by autumn have been tempered. The National Weather Service's Climate Prediction Center downplayed the help that El Niño may bring to the drought-plagued West in its monthly report of Pacific Ocean weather patterns. While the Center is still projecting that sea surface temperatures will be warmer than usual—a phenomenon known as El Niño—it is now saying that the effect will be only "weak to moderate."

The forecast strength of the El Niño was downgraded because Pacific Ocean temperatures near the International Date Line have not continued to rise since earlier this year when they were well above average. While strong El Niño weat​h​er patterns usually create more rain for California, weaker El Niños typically don't bring more rains to the region.

Australia's Bureau of Meteorology concurred with U.S. climate forecasts in a press release yesterday. It further suggests that El Niño has been effictively counteracted by the arrival of cooler water.

All of California is under drought conditions and will likely remain that way through autumn. Reservoirs are precariously low in many places. The nation’s largest reservoir, Lake Mead in Nevada, is now at an all-time low.

It is the first time in 15 years that the entire state suffers from a water shortage. The U.S. Drought Monitor, a government-funded weekly map of drought conditions, says that the entire state now suffers from conditions ranging from “abnormally dry” to “exceptional drought.” Heavy-population centers all suffer from “extreme drought” or “exceptional drought.”

El Niño refers to a recurring weather pattern that develops in the southern Pacific near South America. Usually, scientists can predict El Niño a few months before it occurs. Researchers say it can spark droughts in Australia and increase rain and floods in parts of the U.S. and South America. Land areas bordering the Pacific Ocean are the most affected. El niño is Spanish for "the boy" and the capitalized term El Niño refers to the infant Jesus, because periodic warming in the Pacific near South America usually begins near Christmas. The most recent occurrences of El Niño were in 2006 and 2009.

The drought is hitting the farm industry and its workers particularly hard. The Central Valley, one of the world's richest food-producing regions, is up against what geologists are calling the 500-year drought. Fresno County, the heart of the Central Valley’s San Joaquin Valley farm belt—and the number one farming county in the nation—may lose up to a quarter of its orchards and fields this year for lack of water.

The state's farmers have idled about 800,000 acres this year. As a result, consumers can be expected to pay more at the grocery store for a wide range of staple foods. The Department of Agriculture warns that “major impacts from the drought in California have the potential to result in food price inflation above the historical average.”

​California ​Governor Jerry Brown declared a state of emergency in January when it became clear that 2013 closed out the driest year ever recorded for many parts of the state and the 2014 “water year,” which began October 1, had thus far been the driest in 90 years.​