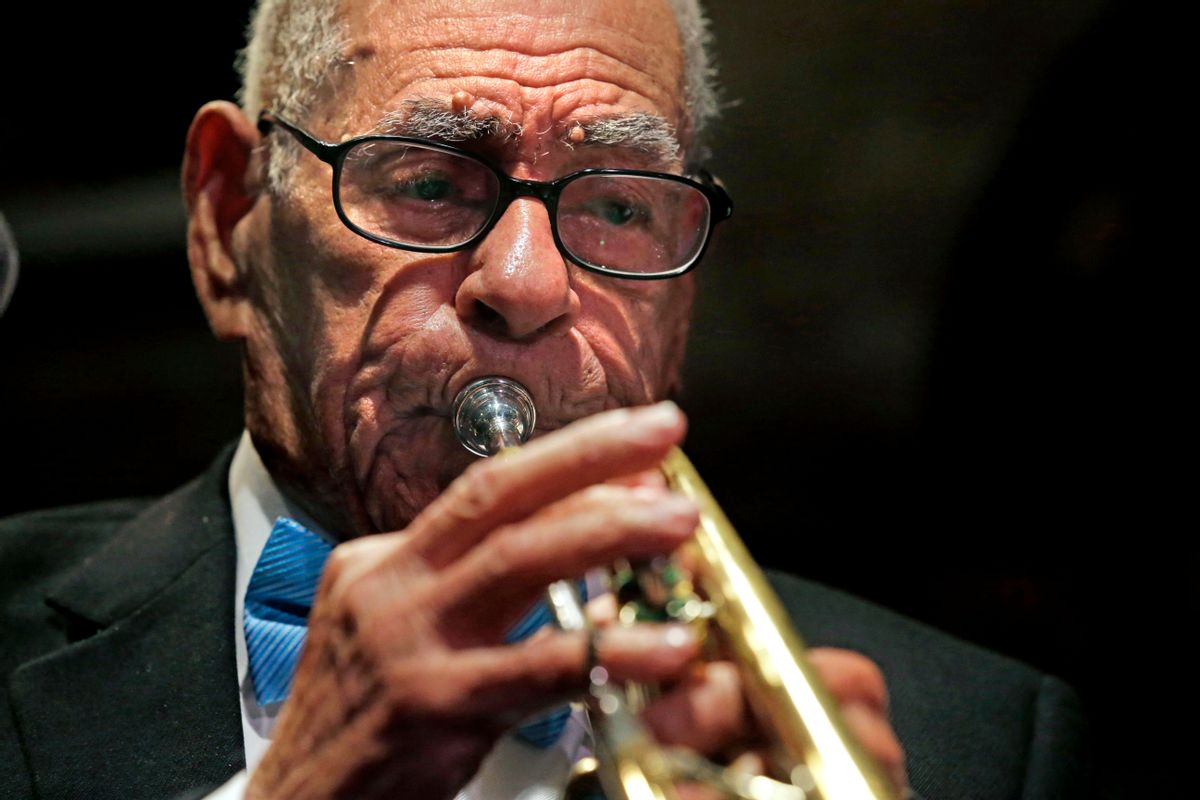 FILE - In a Wednesday, July 17, 2013 file photo, Dixieland jazz musician Lionel Ferbos performs at his 102nd birthday party at the Palm Court Jazz Cafe in New Orleans. Lionel Ferbos died Saturday, July 19, 2014, at his home in New Orleans, according to a family friend. He was 103. (AP Photo/Gerald Herbert) (AP)
--

NEW ORLEANS (AP) — Centenarian jazz musician Lionel Ferbos died Saturday at his home in New Orleans, according to a family friend. He was 103.

Ferbos performed all over New Orleans and its suburbs for decades. His ability to read music made him an in-demand musician for gigs that took him to parks, schools, churches, dance halls and even prisons. He also performed at his 102nd birthday party and at every New Orleans Jazz and Heritage Festival until this past year.

Ferbos was believed to be the oldest working jazz musician, performing regularly until last year. His death Saturday came just days after he turned 103 on July 17.

Ferbos recently became too weak to hold up his trumpet, according to his granddaughter, Lori Schexnayder. She said family members would occasionally hold the trumpet to his mouth so that he could blow into it.

"He missed it so much, but his arms just weren't strong enough to hold it up," she said.

Early in his career, Ferbos performed with New Orleans society jazz bands at well-known venues around town such as the Pythian Roof Garden, San Jacinto Hall and the Pelican Club. The Pelican was among a string of clubs along Rampart Street — the main strip that in the 1920s and '30s was the epicenter of the city's bustling black entertainment district.