Watching other women get pregnant stirs insane jealousy in me. And I already have a kid 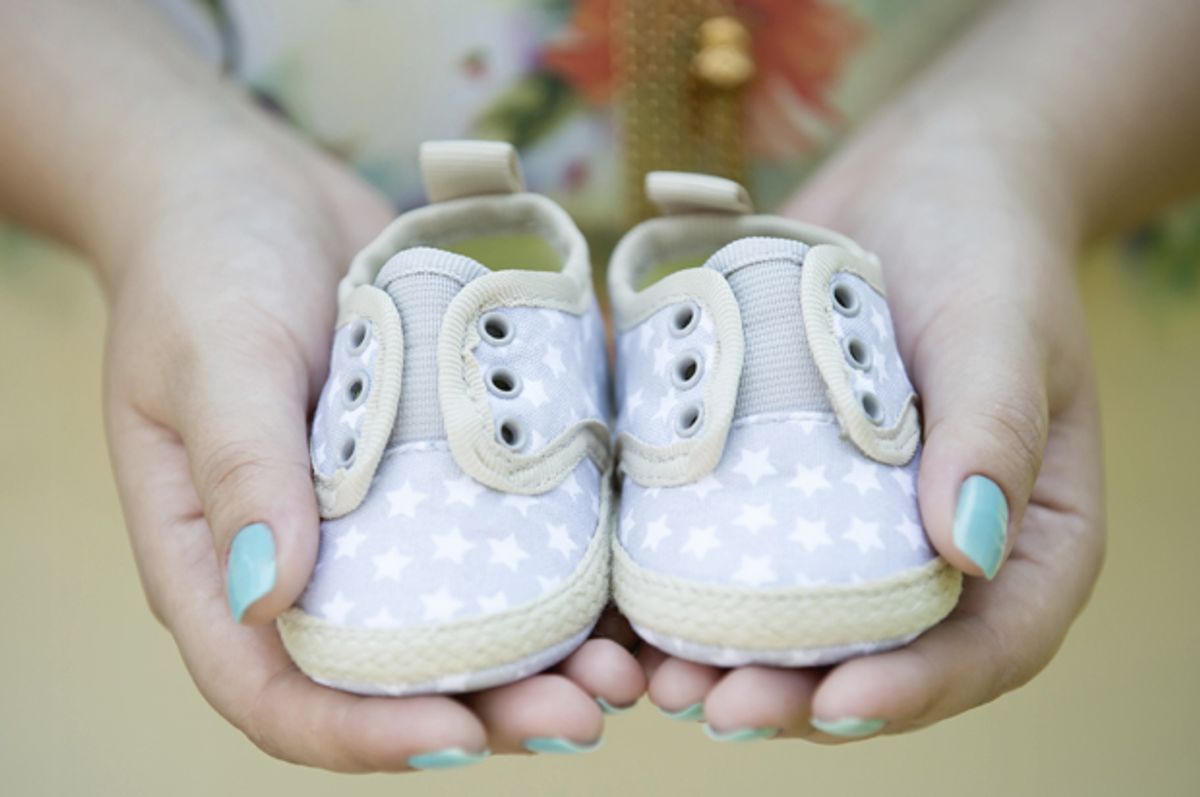 My friend Jenny called on a Thursday.

“I’m pregnant,” she said, and I felt like I’d been punched.

My relationship with Jenny was complicated. She always seemed to be making a scene. I was still smarting from the time she came to the party celebrating my recent marriage and loudly announced her own engagement. (Jenny’s name, like all the others in this article, has been changed.)

Nonetheless, my reaction didn’t make sense. Ben and I hadn’t started trying to conceive yet. We planned to “pull the goalie” when he was finished with law school. But I thought it was understood I would be first. Everyone knew I wanted a baby. Shouldn’t I get to make that phone call?

But inside, all I felt was raging, nasty jealousy. When I got off the phone, I cried.

Bitch, I’d try not to think.

After nine agonizing months, Ben and I managed to conceive, and for a while I was the gorgeous pregnant woman. Envy disappeared. When my son was born, I felt like I’d been waiting for him my whole life, and like he was an alien come to teach me to be a better person. Of course I wanted to make a sibling for him. But after three years of trying, jealousy has become as steady a companion as the ovulation predictor kits around which my life revolves.

I’m not in the habit of being jealous of other women. As a feminist since the age of 15, I know we’re all in this together: We lose out on promotions, face the threat of domestic violence and miss making partner when we take time off to have a baby. We all get wrinkles and hot flashes. Sure, I’m only human — I might long for Gretchen’s career or Betsy’s movie star legs — but I try to support my “sisters” and not fall into the trap of competing against other women. After 30, it doesn’t matter who’s the prettiest or the smartest.

But being infertile can turn you into a cut-throat, crazy person. As an infertile woman, my life is characterized by disappointment. I’ve consulted naturopaths, a midwife, a Mayan massage therapist and two acupuncturists. I’ve done my three rounds of intra-uterine insemination. I’ve had a failed round of IVF. And, like infertile women everywhere, I cling to my partner and sob when I get my period, month after bitter month. Prolonged infertility is a deeply private, demoralizing and defeminizing process. It breeds isolation, anxiety and depression — and a very understandable desire to throttle anyone not going through it.

Luckily, there are others who are going through it: You find them at fertility yoga classes and on the oft-creepy online fertility forums. For me, it’s most helpful to talk with close friends who also have so-called unexplained infertility. But rivalry creeps in there, too. Because while it would be great for all of us to become pregnant, statistics tell us that won’t happen. My 42-year-old friend Maria seemed an unlikely candidate for a second kid, until she managed to get pregnant. She doesn’t ask me how I’m doing anymore. What happens when all the members in the club go from infertile to fertile? I can’t help but wonder if I’ll be the last one left. Could I be genuinely happy if all my friends have something I desperately want but can’t have?

Or what if, instead, it’s my friend Alicia who doesn’t get pregnant? Her optimism is superhuman. She tries again with much more grace than I do, and I only saw her falter after she paid $25,000 for an IVF procedure that failed. Would I be able to ask Alicia how she’s feeling, still childless, while I nurse a newborn?

This question haunts me because my desire for a baby seems — is? — greedy. I already have a child. Most days, my son is absolutely enough. He’s four and a half now, blond, with cheeks like cream puffs. He’s devastating in the Hanna Andersson pajamas my mother bought. I sometimes think — sometimes — if it were up to me I would declare this three-year journey a failure, grieve and be done. But my husband Ben feels a great sadness at this prospect. He would sire a whole brood of offspring, cart them around in a bike trailer and rock them to sleep. So I continue to try, feeling a gnawing guilt when I hear my friend Alicia say she’d be so happy to have just one.

An article in The Atlantic last year argued that many women in their late thirties will easily conceive. I read it as I was recovering from surgery: I’d just lost a fallopian tube, over a liter of blood, and nearly my life in a spectacular miscarriage. After finally managing to conceive, the embryo implanted in my left tube instead of my uterus and then ruptured the tube. So I was more interested in a book review of Tanya Selvaratnam’s “The Big Lie: Motherhood, Feminism, and the Reality of the Biological Clock” (The Big Lie: “You’ll have no trouble getting pregnant!”).

In truth, neither article had it right — for me. I know I waited too long to have children. I was not lied to. My fertility journey may end in more disappointment. But I persist in thinking if I just figure out the magic combination of meditation, luck and medical intervention, I will crack the code.

There is nothing as humbling as being just like everybody else. I’ve been very lucky in my life. I’ve struggled with anxiety since I was a kid (which hasn’t done my ovaries any favors), but I can’t complain that my life has been hard. Even so, my infertility has reduced me to feeling like I’m in seventh grade again. I’m passed over for lead in the play, and the guy I have a crush on doesn’t know I exist. Fertility should not be a competition, but sometimes, it feels an awful lot like one. It feels an awful lot like a reminder that whatever good fortune I have had and how hard I have worked, at the end of the day I’m reduced, simply, to a statistic.

But isn’t that what feminism taught me — that I am like every other woman? The one with the Hanna Andersson cuties — maybe her husband is a jerk or she has breast cancer. And Alicia. Maybe she won’t get pregnant, but will adopt the most beautiful baby you can imagine. I wonder if it’s possible, amidst my feelings of guilt and resentment and rivalry, to remember that none of us has it easy. That we’re all in this together. Even infertile, jealous me.

Born and raised outside of Boston, Susie Meserve now lives, writes, and teaches in the San Francisco Bay Area. She is working on a memoir about anxiety, world travel, and true love. Read more at susiemeserve.com.