Kerry caught on open mic: Gaza is "a hell of a pinpoint operation" 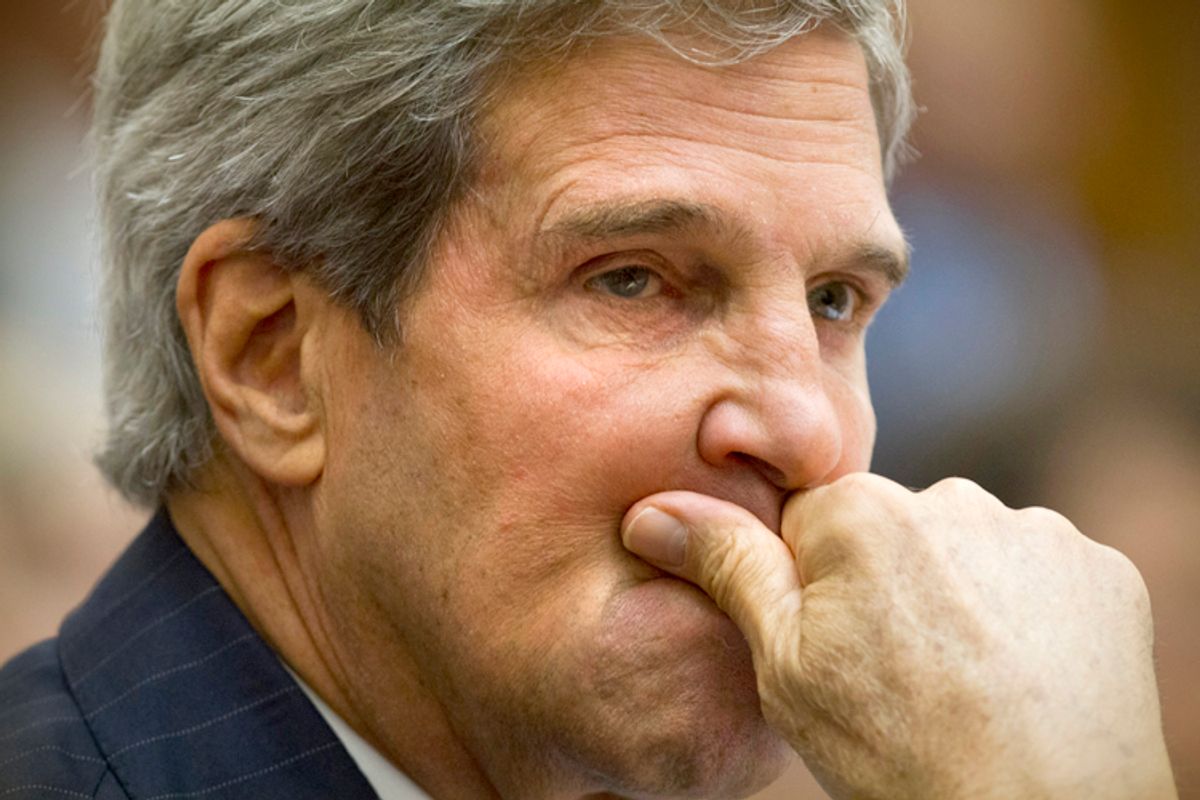 Just before an interview with "Fox News Sunday" to discuss the ongoing conflict in Gaza, Secretary of State John Kerry was unknowingly caught on an open mic expressing candid concern about the scope of Israel's ground invasion. While on the phone with a top-level aide, Kerry called the Israeli government's move "a hell of a pinpoint operation" with some frustration.

“We’ve got to get over there," Kerry said over the phone. "I think John, we ought to go tonight. I think it’s crazy to be sitting around.”

Host Chris Wallace confronted Kerry when he appeared on air, asking the secretary if he meant to imply that the Israeli government had pushed too far in Gaza. Kerry stood by his comments, while also taking diplomatic pains to support Israel's recent military actions.

“It’s tough to have these kind of operations. I reacted, obviously, in a way that anybody does with respect to young children and civilians,” Kerry said. “War is tough. I’ve said that publicly and I've said it again. We defend Israeli’s right to do what it is doing ... We support Israel’s right to defend itself against rockets that are continuing to come in."