Battleground voters' rage: In which any endorsement will only backfire

Battleground voters are skeptical of Congress and most politicians. And no endorsement's going to change that 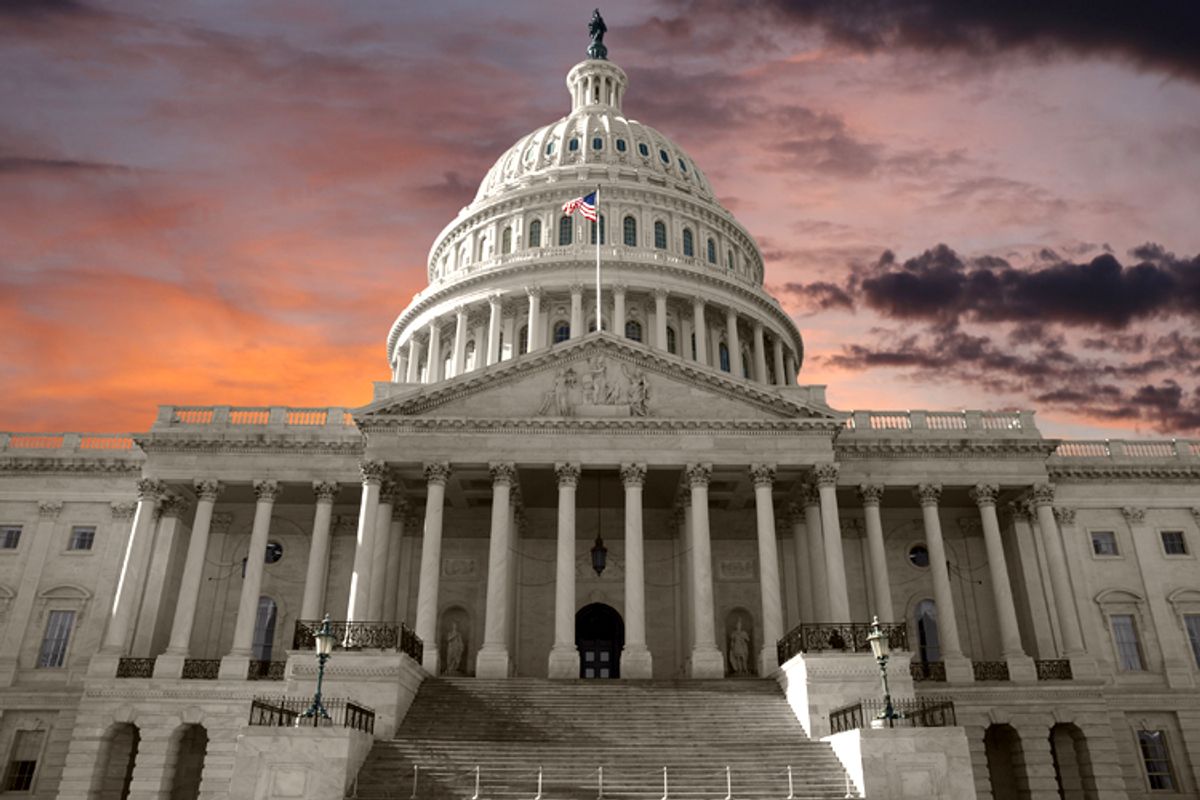 Who is the American "battleground" voter in 2014? A cheery type? Oh god, no. The battleground voter, according to a new, wide-ranging Politico poll, is a (reasonable) mean old crab who hates everything.

The battleground voter dislikes Barack Obama, Hillary Clinton, congressional Republicans, congressional Democrats, the Tea Party, foreign intervention, the direction of the country, midterm elections -- you name it, they don't like it. The battleground voter, as described by these numbers, is always sitting on the front porch with a shotgun, daring anyone to broach the property lines. Metaphorically. (Some of them hate guns.) God bless.

The battleground voter, unsurprisingly, is strongly opposed to greater foreign intervention. Sixty-seven percent of respondents believe that "U.S. military actions should be limited to direct threats to our national security," while only 22 percent believe that "[a]s the world’s moral leader, the U.S. has a responsibility to use its military to protect democracy around the globe." (We're not sure what "protecting democracy" has or ever had to do with adventurous overseas military escapades, but never mind.)

The overall figures line up with attitudes toward specific overseas events. Fifteen percent of voters want more involvement in the "civil war in Syria," compared to 42 percent who want less. Seventeen percent want the government to do more to repel "Russia's aggression in Ukraine," while 34 percent want it to do less. (The poll was conducted July 3-13, before the downing of a commercial airliner over eastern Ukraine.) Nineteen percent desire more involvement in the "civil war in Iraq," while 44 percent want less. Seventy-seven percent support "the current plan to withdraw all troops from Afghanistan by the end of 2016," while 23 percent oppose it. This survey doesn't explicitly ask for approval/disapproval over President Obama's handling of foreign policy, but it can't be that great, even though the public clearly supports his general hesitancy to intervene in various geopolitical hotbeds. That's because the battleground voter hates everything.

The biggest loser in this poll, however, may be "the concept of endorsements." Check the political news every day and you're likely to find "news" about how such-and-such hotshot senator endorsed this or that candidate in wherever. Kentucky, West Virginia, Georgia. This could be a game-changer, we're told. But according to the poll, it's only ever a game-changer if it backfires. The survey asks voters to "indicate whether an endorsement by [X famous politics person] would make you more likely to support a candidate, less likely or would it make no difference." For each of the 10 famous politics people mentioned -- Hillary Clinton, Bill Clinton, Barack Obama, Elizabeth Warren, Joe Biden, Chris Christie, Jeb Bush, Rand Paul, Ted Cruz and Mitt Romney -- voters on net said that an endorsement would make them less likely to support the endorsed candidate, if they cared at all.

We'd suspect that the real picture isn't necessarily this murky. When you're on the phone with a pollster, you don't want to admit that a photo-op of a candidate with a famous person is going to make you vote for that candidate. You're not some naive dope who falls for advertisers' mind tricks! You're more than willing to admit that it will make you vote against that candidate, however. Still, these figures clarify the real purpose of endorsements in contemporary politics: not so much to sway the public as to get famous endorsers to host high-dollar fundraisers for your campaign.

The battleground voter, who may be you or may be me, is justifiably cynical about the political process and the ability of the system to perform. The irony of that is that, because people don't trust the system, the system is producing the exact output that it's designed to produce: gridlock. Now that's such a nasty word. What if instead of "gridlock" we were to call it "a lack of major screw-ups." You can't fix a lot of problems, but you also can't create a lot of new ones. No one expects the next Congress to be any less gridlocked. Battleground voters, on aggregate, will go to the polls this November to give another two-year reauthorization to this livable, if uninspiring, rule-by-hedged-bet.