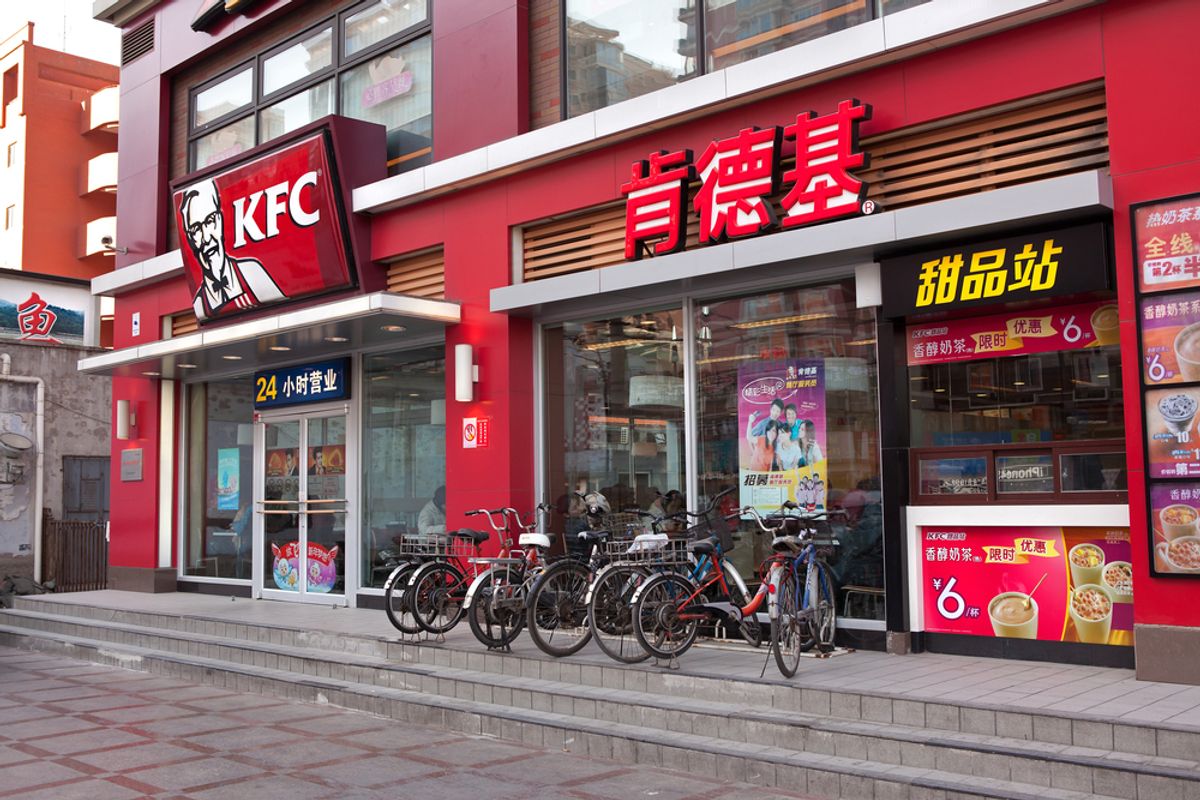 What's inside your chicken nugget? In China's latest food scandal, the answer might be: extremely expired meat. McDonald's, KFC and Pizza Hut restaurants have quickly cut ties with a U.S.-owned supplier, based in Shanghai, after an investigative report revealed it was supplying the companies with expired meat products that had been reprocessed to look like new.

How expired are we talking? Quartz reports:

An undercover Dragon Television reporter found that in June 18 tons of chicken skin that was over half a month past its expiry date had been used for chicken nuggets, and that beef more than a month past its expiry had been used for KFC burgers.The meat was pulverized and processed to extend its shelf life for another year, according to the report. Workers told Dragon Television that the meat smelled but “eating it wouldn’t kill you.”

According to the South China Morning Post (paywall), the Dragon footage shows Shanghai Husi workers “picking up food from the floor and throwing it into processing machines.” Discarded McDonald’s McNuggets were “reprocessed until they passed inspection.”

In other words, very. The incident is the latest meat scandal in a country plagued by such food safety issues: Chinese KFCs took a hit late last year when state television revealed that its poultry suppliers were using banned drugs to fatten up chickens, and customers are once again expressing concern over whether their meat is okay to eat. (The Associated Press notes that foreign fast food brands are generally seen as more reliable than local competitors, but their scandals, when they occur are often more widely publicized.)

Authorities are investigating the supplier, Shanghai Husi, which is owned by the Illinois-based OSI Group. A representative told the Xinhua News Agency that the company has a "strict quality control system" and plans to cooperate.