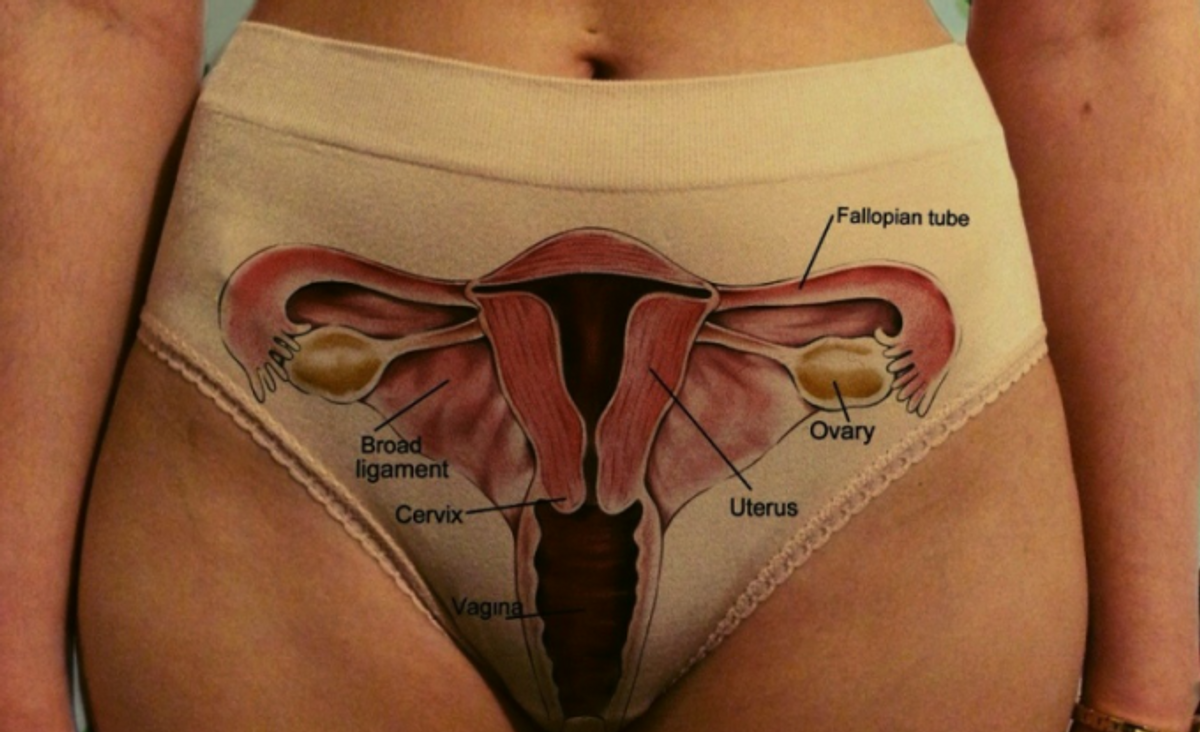 Today in practical, informative art: A feminist art student has designed a wearable guide to female anatomy, in the form of stylish high-waisted women's underwear and a matching t-shirt bra. Eleanor Haswell's project, "Why Are You So Afraid Of Your Own Anatomy?," celebrates the female body with a scientific diagram of the reproductive system -- from ovary to fallopian tube to broad ligament -- lying roughly in the location where each component actually exists, along with a "full coverage" brassiere that depicts the nipple and areola in their full glory.

Aside from being a great way for women to "free the nipple" without going topless if they don't want to, Haswell's project is also an insightful illustration of what movements like the Free the Nipple campaign aim to achieve. The anatomical undergarments show the female body in a desexualized, non-threatening way, while also encouraging women to embrace their physical selves and to feel sexy on their own terms.

Check out Haswell's project below, and visit her website for information about her other projects.