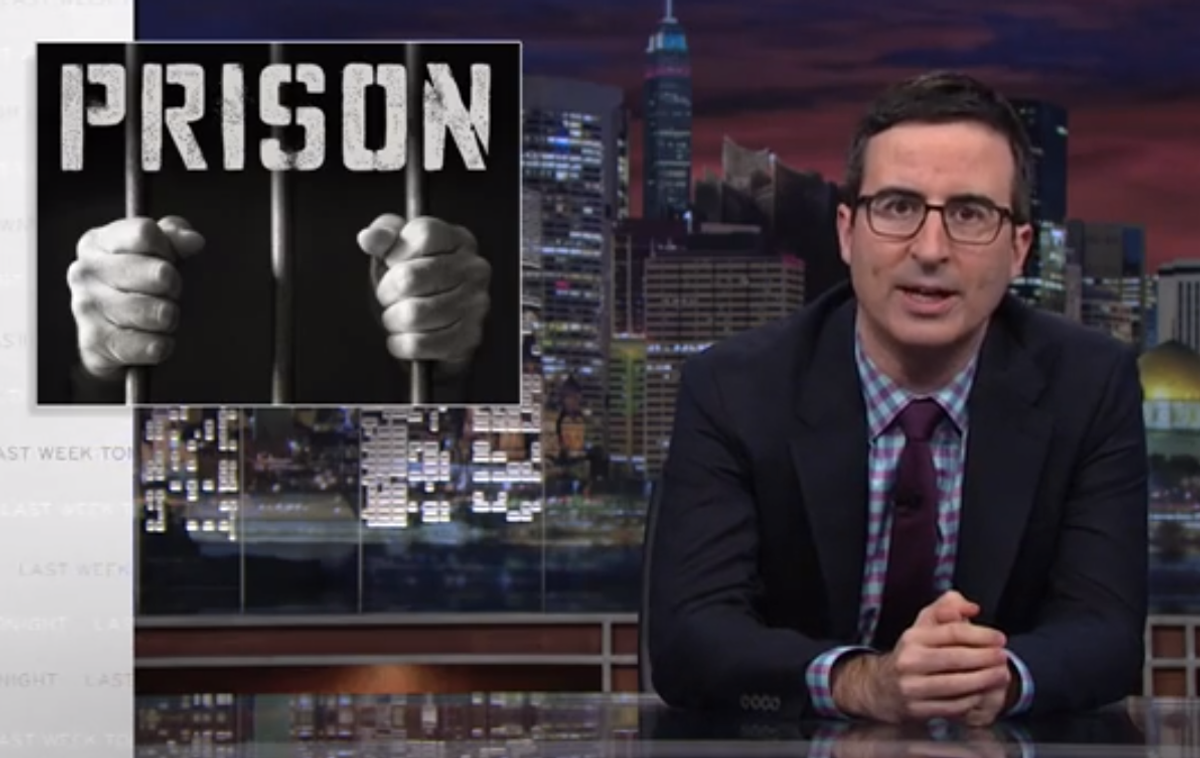 On "Last Week Tonight," John Oliver looked into the U.S. prison system: its racial bias, its draconian methods, inhumane conditions, rampant sexual assault, the ignorance of the general population and the move to private for-profit prisons. His speech (they get better every week) was one of his longest, and most jarring to date.

In sum, our prison system is extraordinarily flawed. And our leaders don't seem to notice or care.

So many people are incarcerated, there was even a "Sesame Street" segment to explain "incarceration." In that same vein, Oliver decides to sing his own song about the prison system. Watch below: