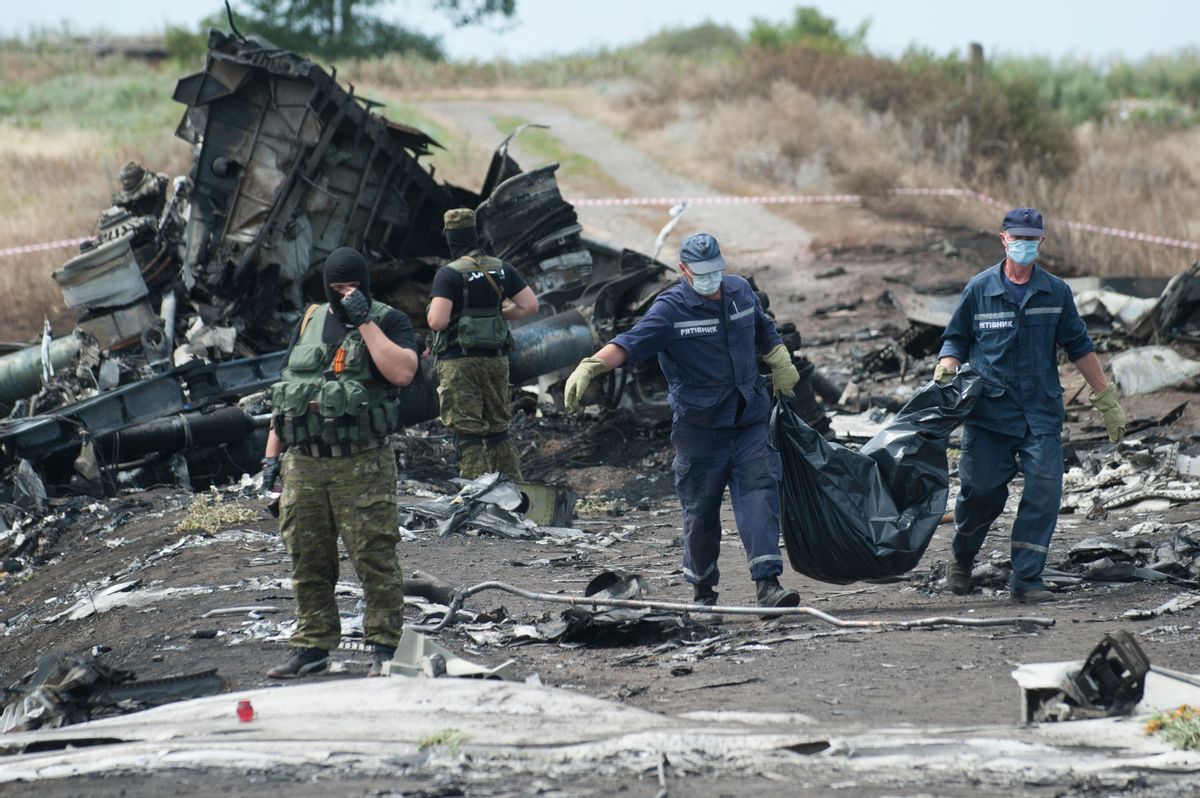 Ukrainian Emergency workers carry a stretcher with a victim's body in a bag as pro-Russian fighters stand in guard at the crash site of Malaysia Airlines Flight 17 near the village of Hrabove, eastern Ukraine, Sunday, July 20, 2014. Rebels in eastern Ukraine took control Sunday of the bodies recovered from downed Malaysia Airlines Flight 17, and the U.S. and European leaders demanded that Russian President Vladimir Putin make sure rebels give international investigators full access to the crash site. ((AP Photo/Evgeniy Maloletka))
--

The tragic downing of Malaysia Airlines flight MH17 last Thursday, and the aftermath -- a crash site in rebel territory -- are sadly tangled in a larger global conflict. At its heart, 298 people -- 283 passengers, and 15 flight crew -- perished after a surface-to-air missile hit the plane, which was traveling from Amsterdam to Kuala Lumpur.

In a broader sense, the plane -- whose flight list recorded 192 Dutch passengers, 44 Malaysians, 27 Australians, 10 Britons, four Belgians, four Germans, one Canadian, three from the Philippines, one from New Zealand and one American -- ended up in an area of Ukraine near the Russian border controlled by pro-Russian separatists. The remains of the Boeing 777 are only 50 miles from the city of Donetsk, where fighting between the rebels and Ukrainian government has begun again.

What we don't have exact clarity on is who shot down the plane, although evidence points to the rebels, and President Obama even mentioned evidence in a speech several days ago.. Here's what is known:

*A previous version of this article stated that the black box had been handed over; it has not yet been given to the Malaysia government, but has only been agreed to be handed over.