Shatter the glass ceiling by boozing like a "Mad Men" character

Businesswomen say liquor has become an "empowering" new networking tool -- but can we drink our way to equality? 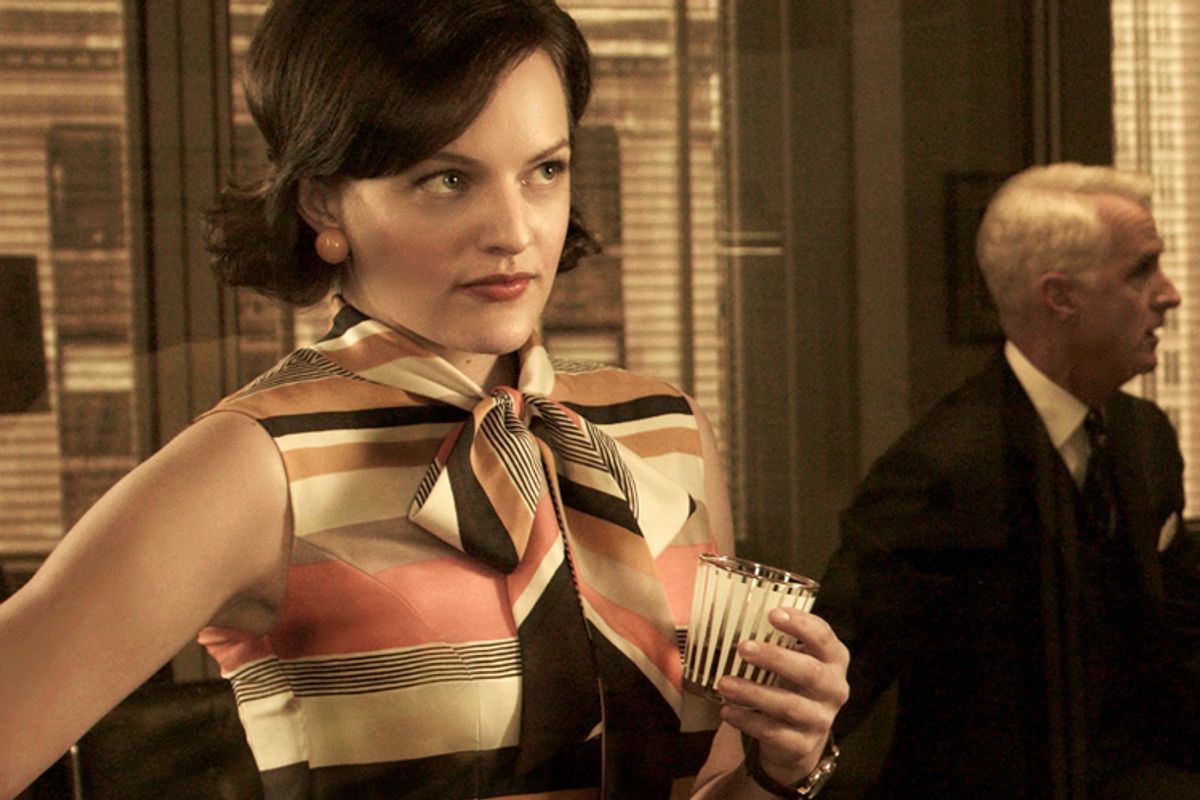 With more and more women getting ahead in business, business strategy consultants decided to find out just how female entrepreneurs are empowering themselves in a field still heavily dominated by men. After conducting a "cross-cultural, ethnographic study of female empowerment" to evaluate how women across the globe go out, make connections and ultimately climb the corporate ladder, researchers found that women are doing it just like men do: by drinking a lot of hard liquor.

Strategy consultants Charlotte Vangsgaard and Filip Lau teamed up with "one of the world’s leading global alcohol and beverage brands" to interview women in several emerging market cities around the world, including Lagos, Moscow, Bangkok, Shanghai, Seoul and São Paulo, about their drinking-while-networking habits. Their findings, which Vangsgaard and Lau detail for Quartz, indicate that many female entrepreneurs take advantage of hard liquor's masculine connotations, turning whiskey on the rocks into a way to level the playing field:

Professionals in our study described specific cocktail strategies to signify strength, confidence, and toughness to male colleagues. Take one of our participants, Gina, a tech entrepreneur from São Paulo. She told us that her choice of drink, and even the quantity she consumed, was part of her “hard-edged” business performance: “I would make a point of drinking rum, straight up, in a big glass wherever I was at a business networking event,” she said.

Poli, one of our subjects from Russia, explained that she was cultivating an expertise in cognac to aid her business ambitions. She described cognac as highly aspirational and business-like — a drink for “confident and experienced women,” she told us.

One woman, from New York, described feeling "empowered" by her ability to "suddenly surprise her male counterparts with an expertise in something so typically masculine," while others told Vangsgaard and Lau that they commonly used competitive drinking to neutralize gender in business settings. Subverting the (usually bogus) gender connotations of alcoholic beverages is all fine and good, especially when it can result in a measure of equality. Additionally, seeing successful women drink can certainly contribute to overturning a sexist booze culture, which prizes a man's ability to hold his liquor while telling women who imbibe that they're not to be taken seriously (or worse, that they're "asking" to be sexually assaulted).

But the study implies that women are still having to convince men of their competence and ability by somehow modifying their behavior -- or, in this case, by conforming to a masculine ideal, which can often have dangerous health repercussions. That doesn't exactly reek of empowerment.