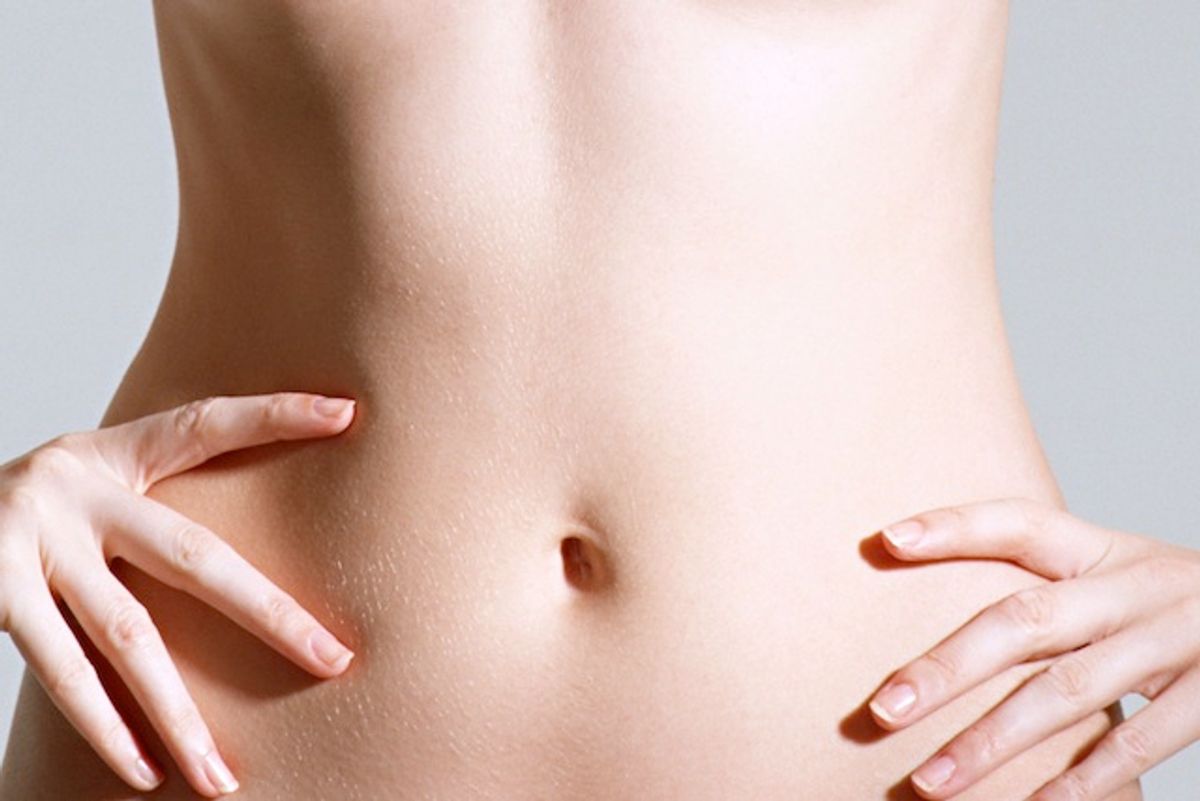 The Internet has sent several pretty clear messages to women in recent months about what place their bodies have online: none, whatsoever. Not nipples, not bellies, not even the names of body parts unseen -- it doesn't matter. Don't post it, because it's inappropriate.

In another example of the blatantly gendered double standards for whose bodies are fit for online consumption, the women's rowing team at the University of Warwick reported that images from their annual naked charity calendar, the proceeds of which go to cancer research, were banned by Facebook last week, while identical images posted by the men's rowing team were left alone. As one of the rowers pointed out to the Huffington Post, the athletes took pains to cover themselves in a way similar to, say, the average women's swimsuit, but the images were still flagged for removal.

"We have worked hard to create a tasteful and artistic calendar in which the girls bodies are strategically covered," rower Frankie Salzano said. "The photographs we feel are an accurate representation of an athletic female body, something to be celebrated and not shunned, especially because there are Facebook pages that are degrading to the female form."

Facebook eventually reinstated the female rowers' page and their naked photos on Friday, but that's not the point. The point is that Facebook took the women's photos down in the first place, just as it's removed other women's photos in the past and as associated social media sites like Instagram do all the time. Pictures of women breastfeeding, posing in their underwear, revealing their nipples and embracing their own bodies have all notably been removed from both social networks recently, and in one case (Instagram's) these removals resulted from regulatory double standards that enforce a no-nudity policy that seems most commonly invoked for women. In one case, the policy was effectively used to fat-shame a young woman who posted an image of herself in her underwear, which didn't even violate the no-nudity policy.

Both Facebook and Instagram have attempted to relax their policies with respect to breastfeeding mothers, who for the most part can now post pictures that expose their nipples in the context of  nursing. It's an important step, but it's still limiting. The inclusion of breastfeeding as "appropriate" for social media still excludes other forms of body-positive, sex-positive or even totally non-sexual forms of female self-expression from the Internet, and it perpetuates the idea that only certain women's bodies performing certain activities are acceptable.

Movements like the "Free the Nipple" campaign, which recently found a new spokesperson in Scout Willis, place these related instances of censorship at the center of a larger discussion about gender equality, which gets set back a little every time Facebook or Instagram or Apple attempts to police women's bodies with a biased definition of "inappropriate." These campaigns aren't about getting naked photos reinstated once they've been removed or blocked or banned, and they aren't even about preventing the photos' removal in the first place. They're about making us stop thinking twice about a woman owning, loving and showing off her body at all.