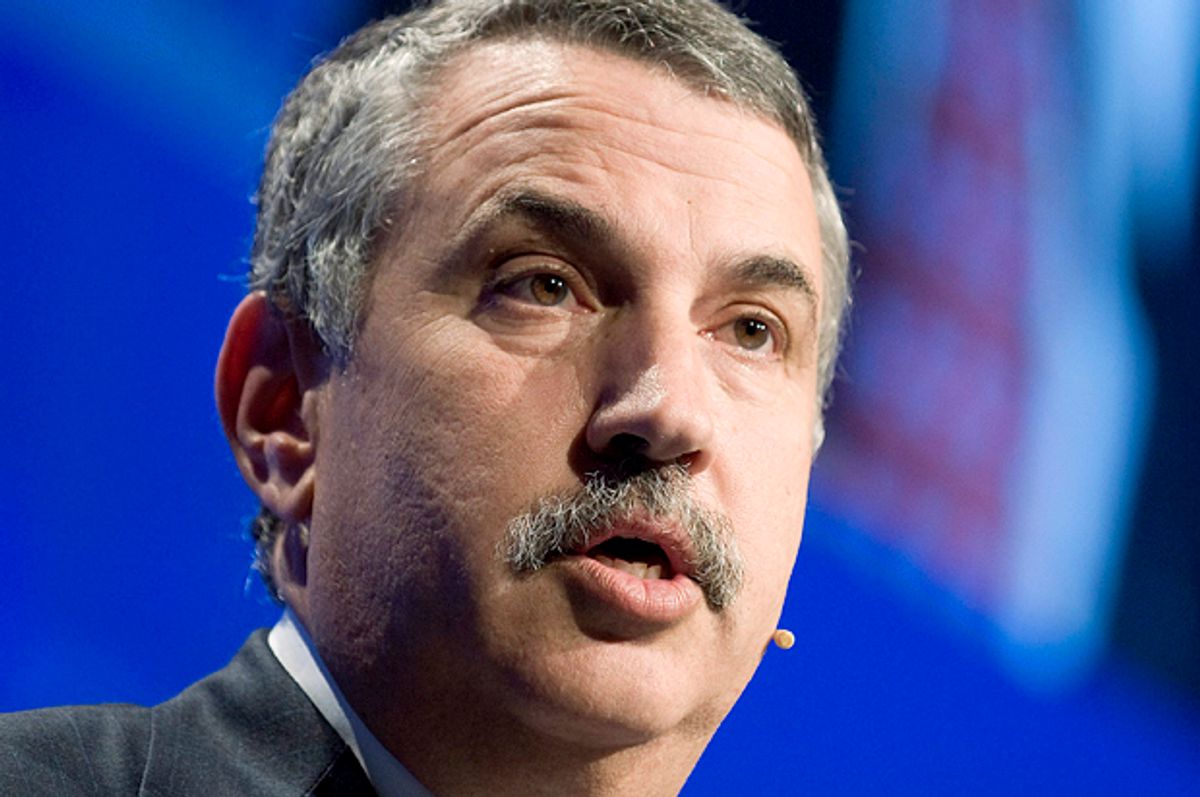 This is unfortunate. Tom Friedman, a New York Times op-ed columnist who wrote a pretty good book on the Middle East 25 long years ago, and who considers basically the entire world to be his beat, chose one of the most dramatically news-packed weeks in recent historical memory to publish a press release for Airbnb.

From Ukraine to the Middle East, some bad actors — Hamas, Vladimir Putin and Israeli settlers to name but a few — are trying to bury the future with the past and divide people. Instead of focusing on them even more, I prefer to write about a company that is burying the past with the future, and actually bringing strangers together.

No question: Airbnb is an important and influential company. It's worth writing about, though one can definitely question whether this particular week was best moment to devote some prime New York Times real estate to the company. But to simply regurgitate Airbnb's public relations copy without providing any critical context whatsoever? The compound interest on this sort of editorial blunder accumulates rapidly.

In his column, Friedman talks a lot about "trust" and the changing meaning of "ownership." But he doesn't even mention the fact that in two of Airbnb's largest markets, a substantial percentage of listings have been dominated by a small group of landlords taking advantage of Airbnb's platform to rent out multiple listings, while avoiding nasty things like paying for hotel taxes or complying with city safety regulations. Friedman doesn't devote a sentence to the question of what impact Airbnb might be having on overall prices in municipal rental markets. And there isn't even a whisper of an indication that Friedman has considered the possibility that economic desperation might also be a factor in encouraging people to rent out their spare rooms, rather than simply the evolution of a platform for establishing "trust."

Instead, we get excerpts of a Q and A that sound like they were written by Airbnb's public relations department. Consider this, the first in a string of three quotes from CEO Brian Chesky strung together in the middle of Friedman's column:

That is a commercial, not a Q and A.

The "sharing economy" is a fascinating phenomenon that deserves regular coverage and investigation. It's certainly the kind of thing that Tom Friedman should be paying attention to. The 21st century will be full of this kind of stuff. But it's a dereliction of duty to not even make an attempt to grapple with the larger complexities of how companies like Airbnb are changing society.

And to do so, on purpose, at the end of a week in which a commercial airliner was shot down in the Ukraine and Israel launched a ground offensive in Gaza? That's just embarrassing.