UP to 150 homes were destroyed in the massive blaze 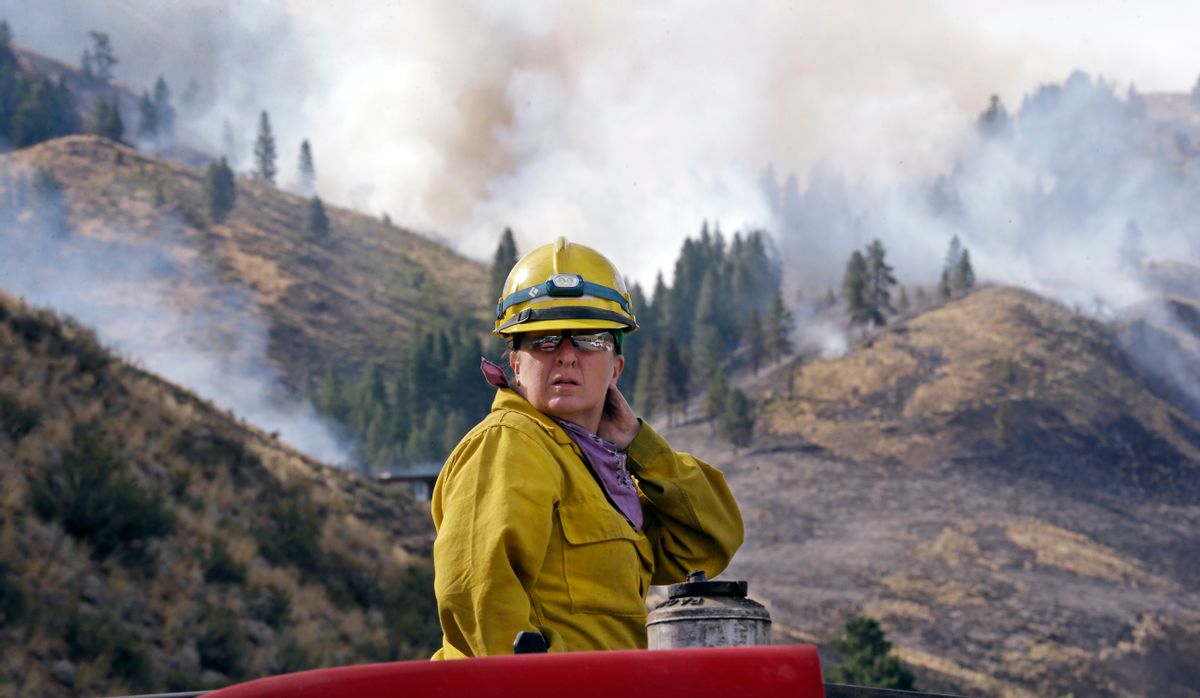 Firefighter Kathleen Calvin looks around as she sits atop her fire truck while waiting to begin work as smoke from a wildfire fills the sky behind Saturday, July 19, 2014, in Winthrop, Wash. (AP Photo/Elaine Thompson)
--

With 243,000 acres (380 square miles) burned, 20 percent of the town's buildings -- including about homes -- destroyed and one fatality, the wildfire continuing to burn through Carlton Complex, in north-central Washington, is being called the biggest in the state's history.

The massive blaze is one of several to hit the drought-stricken region, coming fiercer and earlier than typical wildfire season. Calling the fires "overpowering," Washington Gov. Jay Inslee late last week said the state is working to strain 1,000 National Guard troops to aid in the effort -- the largest activation of units since 1994. “I know people have seen fires before," Inslee said during a press conference. "This is a different beast. This is a fire storm.”

“All summer it will go on for us,” Okanogan County Sheriff Frank T. Rogers told the L.A. Times Monday. “And here is the sad thing, it is not even fire season.”

By Monday, the Carlton Complex fire had been just 2 percent contained, but officials said a shift in the weather was improving the situation. Meanwhile, affected communities are left without electricity or drinking water; the local utility said it could be weeks before power is restored.

Chelan HD Productions used a drone to capture this overview of the damage: