For $5 million CNN will air a "24-hour, two-week hunt for your lost car keys" 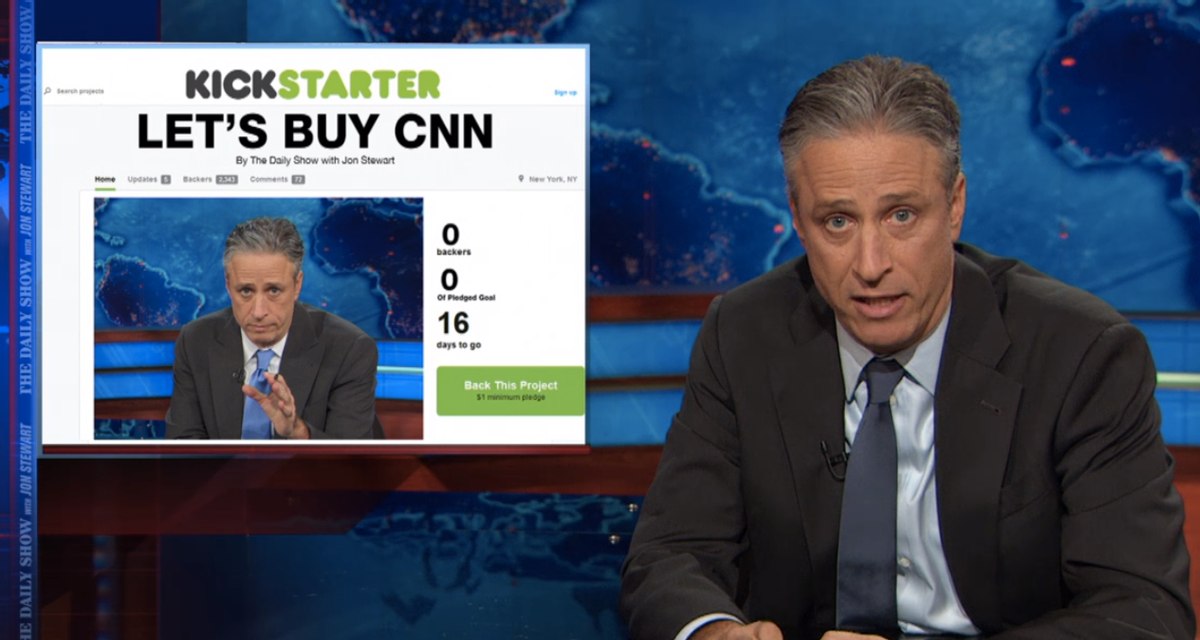 "Rupert Murdoch is in the news!" Stewart said excitedly, "What did he do now? Publish royal up-skirts, phone-hack orphans, eat a dingo who had just recently eaten a baby?"

Murdoch had recently attempted to buy Time Warner, but the mogul's $80 billion offer was turned down. This doesn't mean that the dogged Murdoch will give up, according CNN's Erin Burnett. Stewart jokes about the obstinate Murdoch not taking no for an answer, distastefully calling Murdoch the “date rapist of media barons.” (And proving that date-rape jokes are never funny, seriously, Stewart, don't make the joke.)

If Murdoch succeeds in conquering Time Warner, he'll have to divest CNN because he cannot own both CNN and Fox.

Enter Stewart's plan to save CNN, which has an estimated selling price of $10 billion.

Letsbuycnn.com, exists, although it doesn't seem to be linked with a real Kickstarter. Watch the clip below: