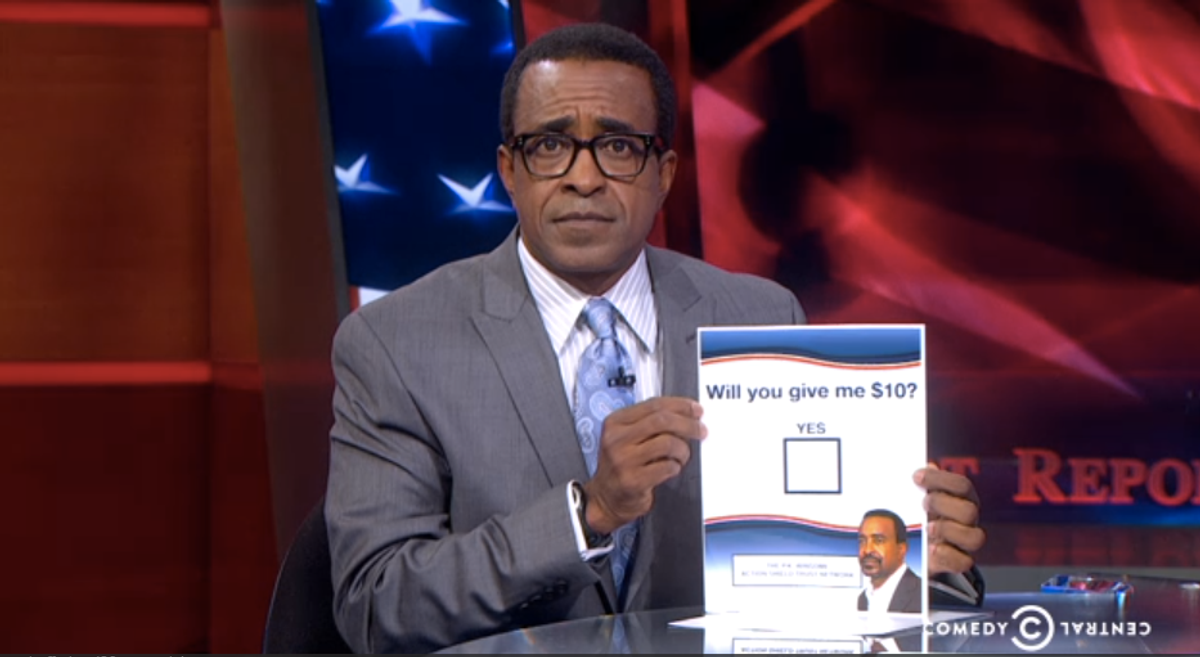 "By the time [Barack Obama] leaves office in 2016, everyone in America will be pot smoking gay immigrants in a polygamous relationship with a bi-racial box turtle," declared Stephen Colbert on Tuesday night, playing on the fears of GOP members and pundits who are now calling for Obama's impeachment.