Number of Texas women living more than 200 miles from an abortion clinic just went up by 3,000 percent 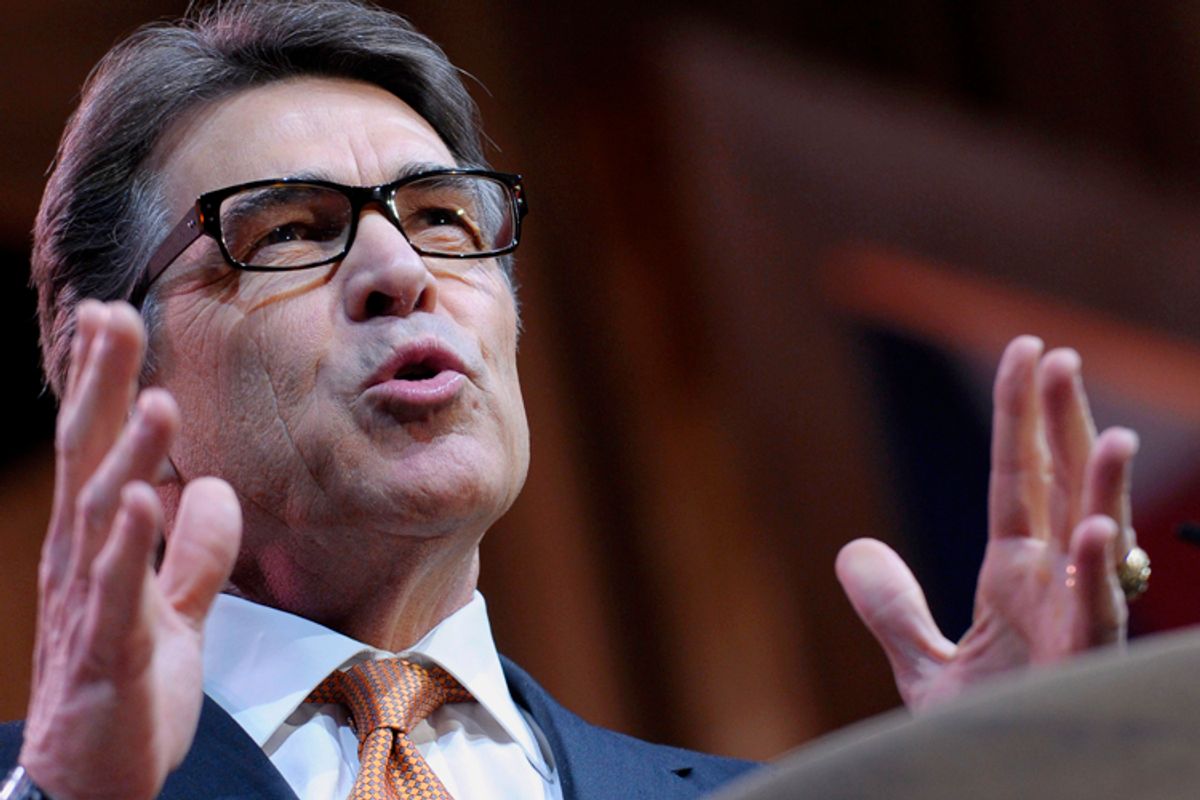 Turns out that when you make abortion really hard to access, fewer people are able to access abortion. (Americans United for Life really must have been on to something when they cooked up this national strategy of shuttering clinics with miles of red tape and government bureaucracy.) According to a new report, in the months since Texas' sweeping abortion law went into partial effect, clinics have continued to close their doors and the number of women of reproductive age living more than 200 miles from a provider increased by nearly 3,000 percent. (And things promise to get more dire: The remaining provisions of HB 2 will go into effect in September, which will likely shutter all but six of the state's remaining clinics.)

The number of legal abortions in the state dropped by 13 percent, but in the Lower Rio Grande Valley -- where the last remaining abortion clinic closed earlier this year -- the drop was 21 percent. But researchers at the Texas Policy Evaluation Project (TxPEP) were quick to point out that a reduction in facilities and a drop in abortion does not mean there has been a reduction in the need for care. In fact, Daniel Grossman, the author of the study and vice president for research at Ibis Reproductive Health, said he believes many women are resorting to self-inducing.

But supporters of the law -- like Republican state Rep. Jodie Laubenberg and Gov. Rick Perry -- continue to argue that the restrictions have made women safer, an assertion Grossman strongly rejects. "There’s no evidence that the safety of abortion has been increased by these restrictions,” Grossman told the Texas Tribune. “The provisions in this law were not based on any medical evidence.”

Grossman added that he had anticipated a steeper decline in the number of abortions, but pointed to the open clinics in heavily populated cities like Austin and Dallas, as well as the contributions from reproductive rights groups in Texas and throughout the country to ensure people still have access to the care they need. But those resources may not be able to meet increasing demand as more clinics shut down and as more people are forced to drive longer distances and make more arrangements -- time off work, child-care, transportation -- to access basic medical care.

“A lot of those organizations are out of funds already, and the full extent of the law hasn’t even taken effect,” Andrea Ferrigno of Whole Women's Health told the Tribune.

Researchers at TxPEP will continue to monitor the impact of HB 2 as the remaining provisions go into effect, including an analysis of how many people attempt to self-induce in response to a reduction in services. “This is certainly not the end of this story,” he said of the work left to be done.