Will the female-dominated site attract male users by peddling its own brand of reductive thinking? 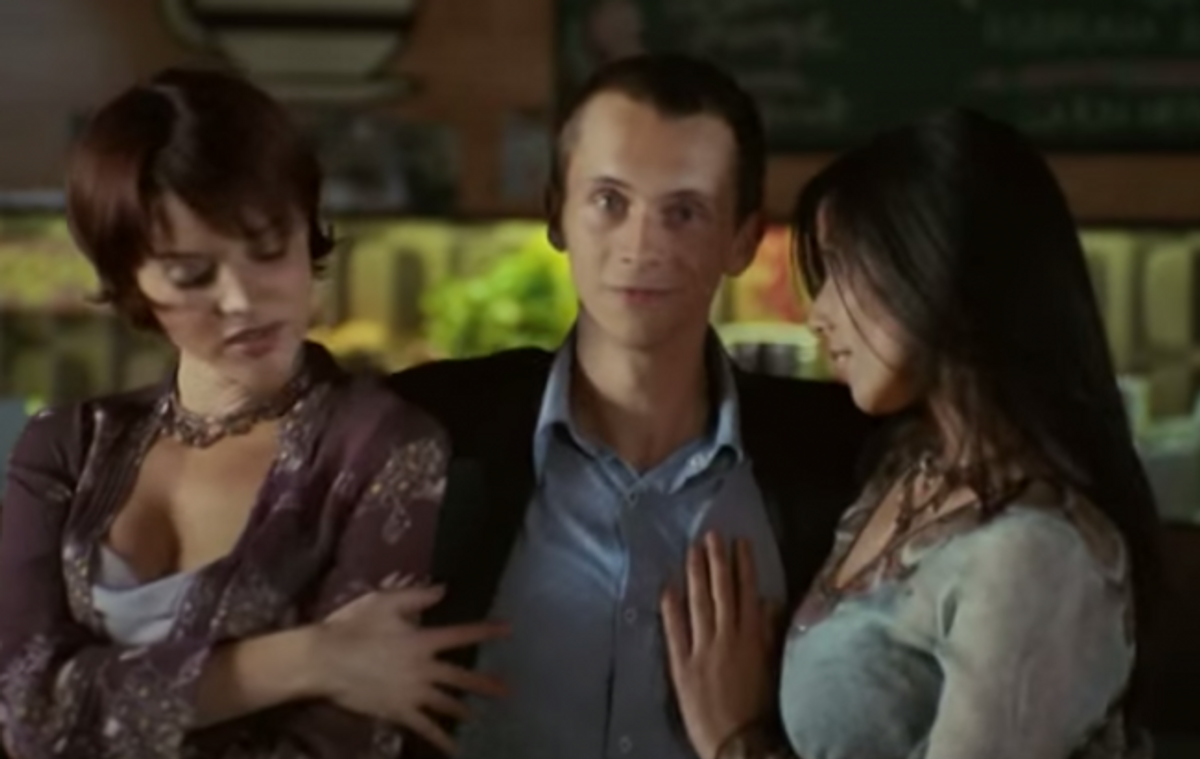 Still from an Axe commercial (Screenshot)
--

Pinterest, the social sharing site dominated by virtual scrapbooking and female users, has announced that a new member will be joining their team as the head of marketing: David Rubin, a former VP at Unilever, otherwise known as the guy behind Axe body sprays' nearly decade-long series of blatantly sexist advertisements.

According to AdWeek, Rubin's new role at Pinterest will focus on the site's global brand marketing and defining marketing strategy. But a company spokesperson confirmed for the Huffington Post that one of Rubin's primary goals will be expanding Pinterest's male audience, who make up just 20 percent of the site's 60 million monthly active users, according to the analytics firm RJ Metrics. As the Huffington Post points out, that's a fairly confounding breakdown for an Internet company:

The company may be suffering the opposite of what the Wall Street Journal dubbed the "instinct gap" -- in which male entrepreneurs fail to build products intended to appeal to women. Pinterest's founding team and most of its top executives are men.

Yet the number of posts from male users peaked in the site's second year, and has been steadily declining since. To make up for that growing gap, the company has hired the executive who appealed to men with advertising that featured scantily clad women that often flocked to any man wearing Axe.

But Rubin wasn't just responsible for the barrage of bikinis and butts that helped turn Axe into a multimillion-dollar testosterone-fueled empire; while at Unilever, he also worked for several other cosmetic brands, including Dove. That collaboration resulted in the brand's Real Beauty Campaign, which attempted to send a message to young girls about developing self-esteem and sticking it to the beauty industry (or, rather, to all members of the beauty industry except Dove). The campaign's message, of course, was undermined by the fact that the same people behind it were also peddling sexism and smelly aerosol products, which had the combined effect of telling women to develop their self-esteem while assaulting it with advertisements.

If that sort of hypocrisy is any indicator of what might be in store for Pinterest's attempts to recruit men, then the site could become a hotbed for reinforcing detrimental gender stereotypes and the objectification of women. Pinterest has already been called out for having confounding implications for its female users and the Internet at large, about which Amy Odell wrote at length for BuzzFeed the same year Axe gifted us with its "Party Girl" ads. Much of Pinterest's user-engineered content emphasizes female self-improvement in a way that clearly responds to gendered social expectations and beauty standards, which doesn't seem likely to change given Rubin's track record for attracting men. After all, Axe's ad campaigns have never simply been about showing males how to seduce the female objects of their desire -- they've also been about showing women how to be them.