He plays a stalkerish ex in "Making the Rules" 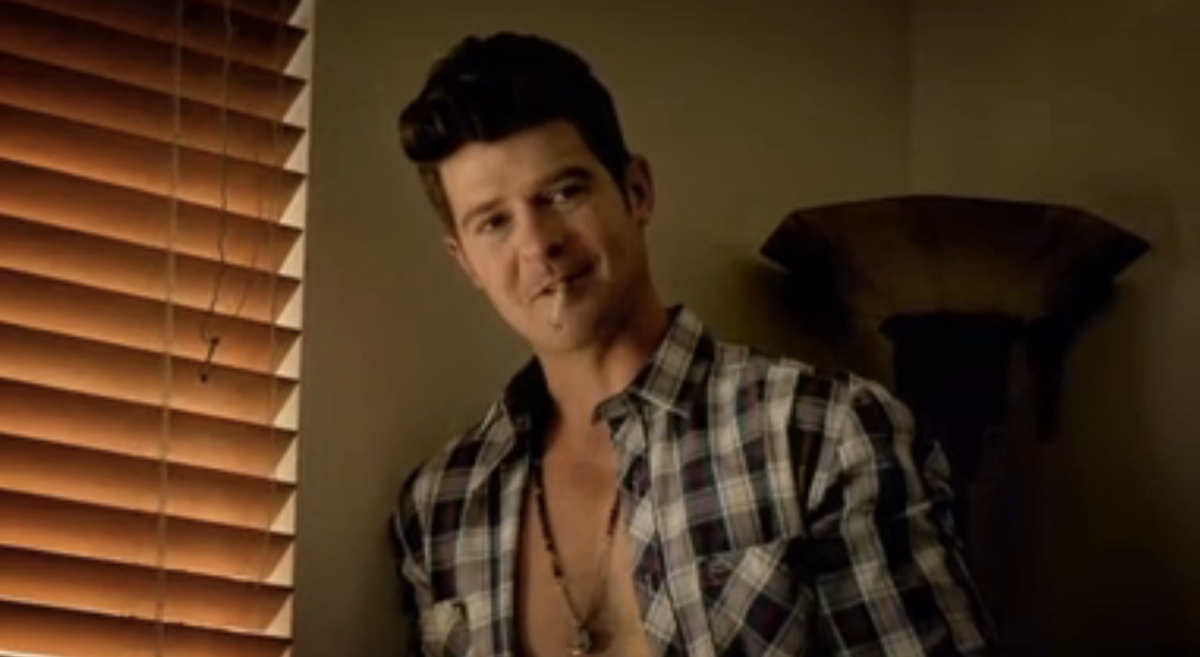 Remarkably, even after the release of his creepy album about his ex, "Paula," its stalkerish single, "Get Her Back," a tone-deaf Twitter PR campaign and the album's total flop, Robin Thicke's career has sunk to farther depths, still, thanks to his debut acting role as a lothario in "Making the Rules." Vulture's Kyle Buchanan watched it so that you don't have to, and in his hilarious review, he describes Thicke's character, Shawn, as "a stud who engages in infidelity and keeps stalking a woman until she gives in to him." (Sound familiar?) Expanding on the similarities between Thicke and his character, Buchanan writes, "his wardrobe consists almost entirely of plunging white henleys and vaguely Native American necklaces (no doubt purchased from the Johnny Depp Collection for QVC), woeful items of clothing that Robin Thicke actually enjoys wearing in real life."

You may never make it through the entire film, which stars Jamie Pressly as the object of Thicke's affection (yes, object), Abbie, but Vulture has put together this highlight reel that gives audiences a pretty good idea of what to expect. This is the role Robin Thicke was born to play, quite possibly because he's not even acting.