"The Simpsons" needs to can its celebrity guest stars

In its over-reliance on famous cameos, the show has ruined what we love most about Marge and Homer 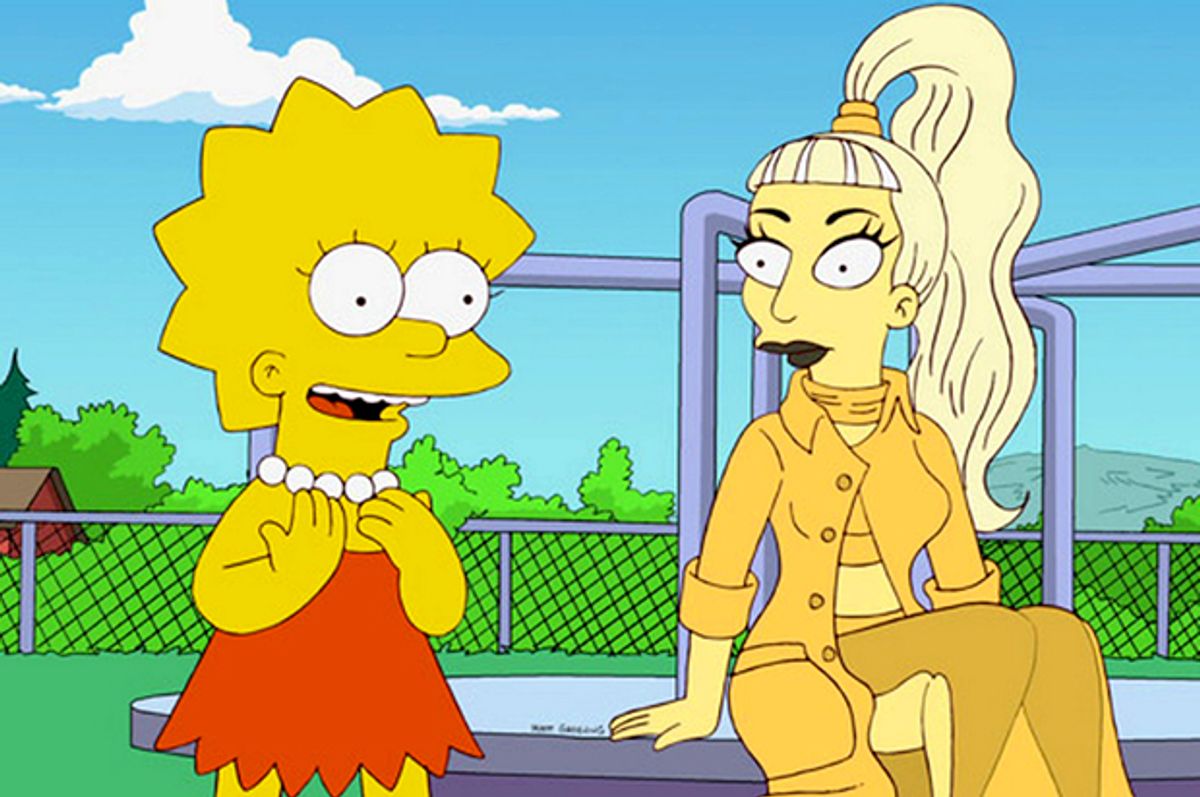 Much has been made, over the past couple of days, of the new "The Simpsons" app, one that will eventually allow cable subscribers to access the show's vast history. (There have been 552 episodes so far, and the show's 26th season is to commence in September.) Fans of the show are justly excited that they'll have instant, seamless access to episodes currently only available on DVD or in syndication, but it's hard to avoid the unfortunate fact that, by now, more slightly off or flat-out bad episodes of the series than there are great ones. And the news that the new season will feature guest spots by a long list of stars including Jane Fonda, Willem Dafoe, Nick Offerman, Sarah Silverman, David Hyde Pierce and Jeffrey Ross is hardly encouraging.

That's because the problem with "The Simpsons" in recent years is fairly easy to diagnose. The show has a remarkably deep bench of established -- beloved, even! -- characters that it consistently casts aside in order to create episodes focused around celebrity guests. "The Simpsons" won't last forever. The farewell to the Mrs. Krabappel character following the death of cast member Marcia Wallace made clear that the show will, at some point, be compelled to end, and executive producer Al Jean has said a previously-aired episode was initially intended as a series finale. However long "The Simpsons" has left on the air, it would be at its best if it focused back on the family.

There's no such thing as balance on "The Simpsons": With very few exceptions, whenever a guest-star enters the fray, they become the absolute focus of attention, for whatever reason. (Perhaps it's because stars of the caliber "The Simpsons" likes to hire won't bother to take the gig if they just blend into the background.) On other animated series -- notably "Bob's Burgers" -- guest actors with interesting voices add interesting shadings to our understanding of the central characters. On "The Simpsons," guest stars who sound like celebrities give the writers, again and again, a week off from having to write for Homer and Marge.

There are two ways the celebrity guest appearance goes on "The Simpsons"; in some cases, a star appears as him- or herself, as with the episode where Lisa and Lady Gaga become friends. In others, a star riffs on his or her persona, as in the episode in which Homer and Marge become friends with "hipsters from Portland" played by Fred Armisen and Carrie Brownstein. The only commonality here is that in all cases, no matter who the celebrity is, their persona takes over the plot. In the world of the show, Lisa would never become friends with a pop star and Homer and Marge are studiously unhip. But still the celebrities must be shoehorned in, even when it means that the story either ignores what we know about the characters or just makes the nominal stars of the show into bland sounding boards.

"The Simpsons" has never been realistic, but in its best years it obeyed internal logic as to how its characters would behave. Dustin Hoffman's famous appearance as "Mr. Bergstrom," Lisa's substitute teacher, cleverly demonstrated Lisa's need for respect from adults. But such stories need to be done subtly, with an attention to narrative coherence. Even stars as hammy as Kelsey Grammer playing Bart's nemesis Sideshow Bob could have told an interesting story, but simply plugging in a celebrity and expecting greatness is a tall order.

The series will stay on the air as long as is logistically possible in part because it's a hit with teen boys, a group that hardly needs the enticement of Jane Fonda or Willem Dafoe to tune in. And those watching "The Simpsons" on an app in the future are probably die-hard enough fans to want a few more episodes that drill down on the family's relationships with each another, rather than fleeting interactions with one-and-done new friends.